"No two of us have the same tools, although there will always be the crescent wrench and multitool in common. I suppose it’s because of the difference in how we view our world or how we approach our work." Plus related video from DcSoundOp.

It seems that we’re all interested in seeing what’s in our comrades’ gear bags, so I’ll scratch that itch. Although in my case it’s not a gear bag – it’s a tool bag. A DeWalt tool backpack, to be more precise.

As a local freelancer who doesn’t tour (although I’m willing to do the occasional out-of-town gig), I typically get no advance information whatsoever about a gig, other than the time and place. You’d think that as much as the clients want the gig to go off without a hitch, they’d be generous with advance information.

And maybe they are. Perhaps the logjam occurs with the producer, or the tech director, or the company that hires me (AV or AV personnel). They all have a vested interest in getting as much advance information as possible to me, but that information never makes it down that far.

That being the case, I have to be prepared for anything, and I never know what I’m walking in to. This means someone else designed the system and I need to work with whatever shows up.

Now let’s add some front fills and subwoofers, plus, of course, two or three foldback loudspeakers. Another last-minute add-on: a Genter interface to facilitate a phone conversation over the sound system. One last-minute add-on after another, and I’m supposed to “make it happ’n, cap’n.” I do, and in my humble opinion, usually make it look easy.

Typically, I walk on to the jobsite with my folding hand truck, on which is stacked my backpack, a smaller bag containing screw guns (a regular drill and an impact drill) with bits and a charger, and (most importantly) an insulated pack with snacks, a sandwich, and energy drinks (Figure 1). If the event happens the same day as load-in, I also have my laptop, a pair of headphones, and show blacks.

Note that the headphones aren’t expensive. I’m not listening to the mix, and I don’t need CD quality. I use them merely to isolate a channel to figure out what mic the presenter is holding if it’s not obvious from where I’m located across the room, or to figure out who’s singing what harmony part in the band – things of that nature. Otherwise, I want to hear what the audience is hearing.

Some of the tools in my backpack may be of interest because they’re not a part of a touring engineer’s typical kit. Many of the items that I carry are things I’ve previously needed on site and didn’t have. That only happens once, and it hasn’t happened in a long, long time.

You may be wondering why I chose a backpack instead of a toolbox. It’s because I like the way it’s organized, and when I have to take the stairs because the elevator is broken or inaccessible, I can hoist it onto my shoulders. The items in the front pocket of the backpack (Figure 2) include the following:

• A headlamp that makes life a lot easier in dark trucks and backstage areas.
• AAA batteries for my headlamp.
• A small first aid kit (which, surprisingly, is often the only first aid kit on site).
• A sharp folding knife.
• A set of tensioner wrenches (not visible).
• A set of hex wrenches (not visible).
• A jeweler’s screwdriver with interchangeable bits (not visible).
• A contact electrical volt indicator.
• A healthy food bar (or two).
• A roll of electrical tape. I hasten to add that this is not for use on trusses. I have a personal aversion to using e-tape on trusses, not only because it’s messy and gooey but because it’s unsafe. How is it unsafe? Glad you asked.

A few years ago, I was called in to help strike a gig that I didn’t load in. There was truss almost everywhere I looked overhead, and the crew lead asked for a couple of volunteers to break cable between trusses so they could be lowered. I volunteered, got into a scissor lift, and disconnected a couple of Socapex cables.

When I turned to proceed to the next cable join, I discovered that a lot of the cables on the trusses were now actually resting on the light fixtures because the e-tape that had been used to secure them had let go due to the heat radiating from the fixtures. As I reached out to grab the cables I’d disconnected and secure them to the truss or the lift, one slipped off the lighting fixture on which it was resting and went swinging down toward the floor before I could even get a “Heads Up!” warning out. Fortunately, no one was directly below me or they certainly would have been seriously injured or worse. 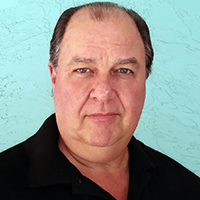 The Invention Of The Phonograph: From Early Recordings To Modern Time

Taking a look at a lengthy and diverse career in professional audio that supported Johnny Cash, Steve Martin and many others.