“We Need More Power, Captain!” But Just How Much Amplifier Power Is Needed?

There are two goals: Power the loudspeakers so they play as loudly as possible without burning out; achieve a certain loudness in a certain venue. Here's an exhaustive overview covering both topics and much more.

Determining which power amplifier is appropriate for a specific application is not as easy as one may think. To fully understand what needs to be considered, three specific case studies will be outlined:

• A client wants to play folk music in a coffee shop. How much amplifier power do they need?

• A rock group will be playing in a 2,000-seat concert hall. How many watts will you need to provide?

• A jazz-fusion group bought some PA loudspeakers. They want to play the loudspeakers as loud as they can get without blowing them up. Which amplifier should you recommend?

Questions such as these arise in any sound system design. To help you specify an optimum amount of amplifier power for a system, I’ll explain the relevant audio concepts here.

There are two goals:
1) Power the loudspeakers so they play as loudly as possible without burning out. In other words, determine the optimum powering for the chosen loudspeakers.
2) Achieve a certain loudness in a certain venue.

As shown in Figure 1 (below), a musical signal changes in level (voltage) continuously as it plays. Imagine a musical passage with a low-level synth pad, but with high-level drum hits. The average level or volume of the passage is low, but the transient peak levels are high.

Peak levels may be up to 24 dB above average levels depending on the type of signal. Percussive sounds have much higher peaks than continuous sounds do (synth pads, organ, flute) – even if the two signals have similar average levels.

Figure 1: Average levels and peak levels in a musical signal.

The bottom of Figure 2 shows an example of amplifier power output versus time when the amp is fed a musical signal. The amplifier is rated at 800 W continuous power. That’s the maximum power it can produce at rated distortion.

However, in this example the amplifier is putting out 50W on the average, so that occasional peaks of 12 dB don’t exceed the amp’s 800 W capability. Also, there is a little headroom so that the peaks don’t clip. 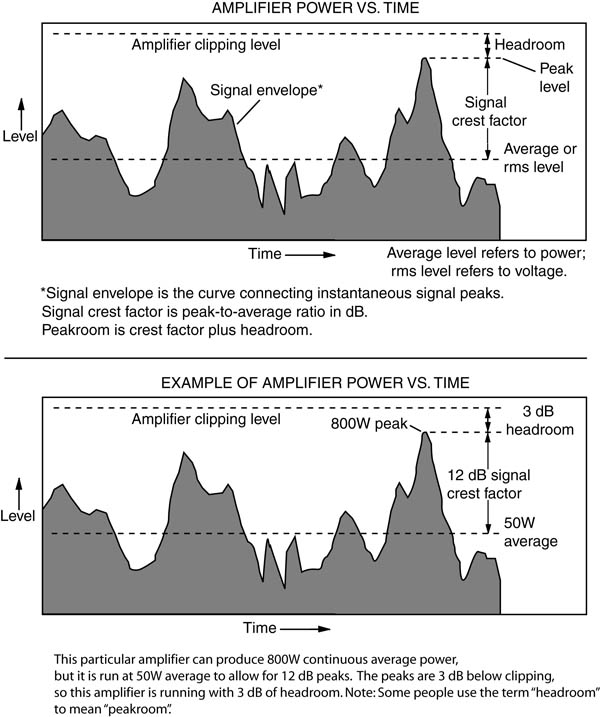 Figure 2: Amplifier power vs. time with a program signal.

In Figure 2, headroom is the difference in dB between the signal peak levels and the amplifier’s clipping level. Normally you want to allow at least 3 dB of headroom so that signal peaks don’t accidentally clip.

Peakroom
This term, coined by Syn-Aud-Con instructor Pat Brown, is crest factor plus headroom. Peakroom indicates how many decibels that peaks can be above the average level without clipping.

Now that we understand signal levels, let’s see how they relate to power amp specifications.

Continuous Average Power
The power specification of most amplifiers is continuous average power. That’s the maximum power in watts that the amplifier can produce at rated distortion, at a certain load impedance, when playing a continuous sine wave. That sine wave signal is either a 1 kHz tone or is a range of tones from 20 Hz to 20 kHz.

In practice, you don’t run the amp at full continuous power because that does not allow extra power for signal peaks, which might be 6 to 24 dB above the average level. Instead, the amp’s average power is typically 6 to 24 dB below clipping to allow for undistorted signal peaks.

In other words, you allow 12 dB for signal peaks (Figure 2, bottom). Actually, peaks can be a bit higher than that because an amplifier’s peak power is typically 1 to 3 dB higher than its continuous power.

The power specs below are continuous average power:

• An 800 W amp run at 400 W allows for 3 dB peaks above the average level. In this case, the only undistorted signal you could play would be a sine wave or square wave.

• An 800 W amp run at 200 W allows for 6 dB peaks above the average level. This is adequate for highly compressed rock music or a rock broadcast.

Many power amplifiers include an output limiter to prevent clipping. If you drive that limiter hard enough, it will reduce the signal peaks frequently, letting you bring up the average level to increase loudness. I don’t recommend that practice because it will make the amp and loudspeaker run hotter and may cause shutdown.

If you can prevent the power amp from clipping (by using a limiter), use a power amp that supplies two to four times the loudspeaker’s continuous power rating per channel. This allows 3 to 6 dB of headroom for peaks in the audio signal. Loudspeakers are built to handle those short-term peaks.

If you can’t keep the power amp from clipping (say, you have no limiter and the system is overdriven or goes into feedback) the amplifier’s maximum power should equal the loudspeaker’s continuous power rating. That way the loudspeaker won’t be damaged if the amp clips when you overdrive its input.