Modeled on an Ampex 350/351 tape machine; the final link in Eddie Kramer's Olympic Studios signal chain from the 1960s

With adjustable tape speed, bias, flux, wow and flutter, along with noise parameters, the MPX provides comprehensive control over the contours of any sound.

Waves has also added a flexible slap and feedback delay, ideal for rock, dance, dub and countless other styles. For recording, mixing, mastering and more, MPX brings the richness and warmth of real tape saturation to any DAW setup.

When Waves started their hardware modeling project with Eddie Kramer, it was always their intention to create a model of the original recording chain from Olympic Studios in London that Kramer used on his great recordings of Led Zeppelin, The Rolling Stones and Jimi Hendrix.

The first two plugins resulting from this project were the successful HLS Channel and PIE Compressor. The last piece of the chain was the MPX Master Tape plugin.

The Ampex 350 and 351 valve tape machines were mainstays of the recording industry and were used for literally thousands of hit albums and singles over more than two decades of recording.

MPX co-developer John Haeny states, “Do you want to impart warmth, sweetness and clarity without any muddiness to your entire mix or just an element or two in your mix? Would you like to offset the harshness and clinical quality of digital? Would you like a good and easy way to ‘glue’ your mix together? The MPX is the answer to all of these questions. I take great pride in having been a part of the development team for this particular product.

“It’s a plugin I’ve been dreaming of for decades, and I think Waves has finally accomplished what so many have tried to do and failed. Not only has Waves done it, they’ve done it in spades! I am confident that many will find uses for MPX in mixes, sub-mixes, mastering or across the final bus of their mixes. This is the real, original Ampex sound I remember, and this is a real game changer.”

The Waves MPX Master Tape plugin is now available at a U.S. MSRP of $200 Native/$300 TDM, with special introductory prices of $99 Native/$149 TDM being offered for a limited time. It is also available at no additional charge to owners of Waves Mercury with current Waves Update Plan coverage. 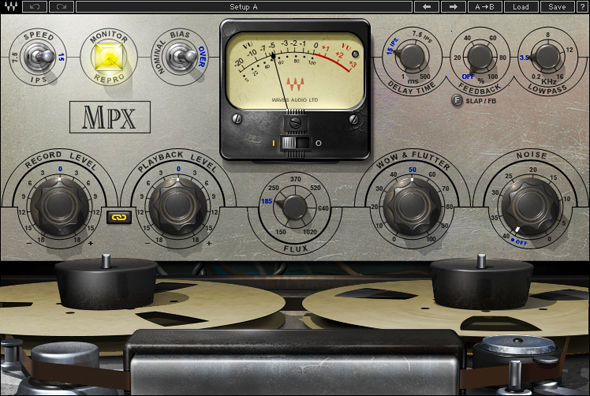