Together with a Waves SoundGrid Server (SGS), a Control PC and an authorized iLok with SoundGrid-compatible Waves plug-ins, the WSG-Y16 enables Yamaha consoles to process 16 channels of audio with Waves plug-ins.

Users connect a SoundGrid-compatible PC to the mixing console, route a channel to a WSG-Y16 channel and then process the channel signal with Waves plug-ins on the SoundGrid server.

Waves SoundGrid system takes advantage of the recent advances in both Ethernet and CPU technologies to provide superb performance for the live sound markets, bringing the worlds of studio recording and live sound closer than ever before.

With the introduction of the WSG-Y16 mini-YGDAI card for Yamaha consoles, Waves brings the networking and processing capabilities of SoundGrid functionality to the live sound realm. 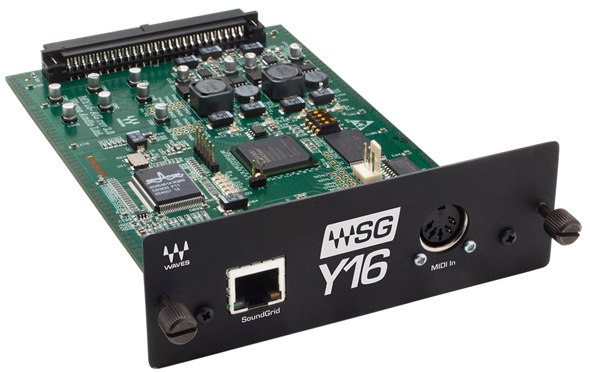