The infrastructure is composed of no fewer than 68 RedNet units, installed in the college’s new Film Production and Sound Technology building, which opened for classes last fall.

The technology offered by the facility assures that graduates of the Sound & Music Technology program will prosper in a professional audio industry that will have a networked-audio infrastructure as its future foundation. The RedNet systems were installed and integrated by AV systems integrator LMG, an Entertainment Technology Partners company. 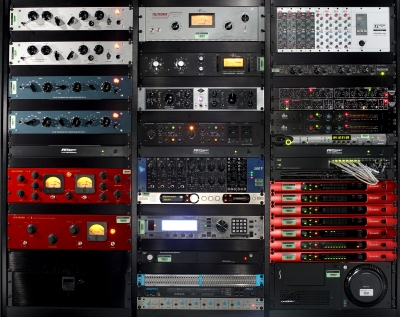 “The entire facility is connected through RedNet,” says Joe McBride, Teaching Lab supervisor in Valencia College’s Sound & Music Technology program. “RedNet provides us with a complete, Dante-ready networked-audio ecosystem. RedNet gives us the most flexible system imaginable for connecting all of our studios and the systems in them.”

For instance, the RedNet AM2 stereo audio monitoring units that are in every studio not only allow those in each room to receive their own custom headphone mixes, but the networked units enable those mixes to be sent to headphones in other studios, allowing multiple rooms to be used simultaneously.

“The main focus here is to prepare our students for what the real world is going to be like, and the pro audio industry is transitioning to a fully networked workflow,” says McBride. “RedNet gave us not only an incredibly efficient and effective networking solution for the entire new Film Production and Sound Technology Building, but it also provides the networked infrastructure for them to learn on that will ready them for the jobs they’ll find when they graduate. That’s why RedNet was really the only right choice to make.”