Mixing monitors for a solo artist and supporting band requires a specific set of "soft" skills, it has more to do with rehearsals and relationships.

In rehearsals on my current tour, I had a few days alone with the band first, as usual. Once they were happy I set up my artist’s mix and dialed in her vocal mic. Then I tried something new – I sang along!

Note that this was before I sent the mic to anyone else, and I “may” have temporarily pulled the XLR split to front of house so that only I could hear it, but wow, it’s a beneficial exercise. It really helped me to get a feel for how easy the mix was to sing with.

A more discreet way is simply to keep one IEM in, close off the other ear with a finger, and see if you can identify pitch reasonably easily. If you can’t find the note you need, what can go up in the mix to help your singer out?

Bring In The Audience 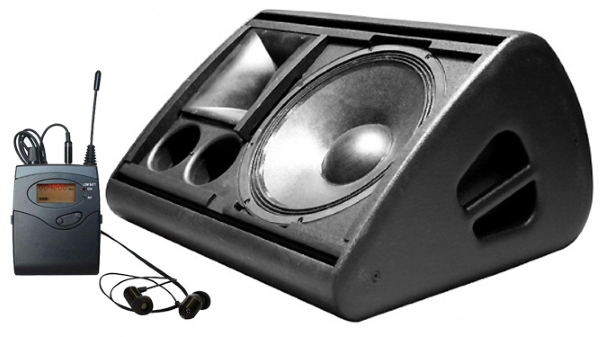 Although we never needed audience mics when stage wedges were the only option (showing my age), with the widespread use of IEMs, they can help the artist feel the vibe of the show.

Currently, I’m deploying three mics at each side of the stage (near, wide and rifle) that are mixed down to a stereo channel to give a nice spread of audience sound to the performers.

I high-pass them at around 600 Hz to keep out the low end, and put them on a VCA that I ride up between songs and when there’s audience participation. On the subject of VCAs, I also use one for the vocal reverb, backing it down during chat between songs.

With solo artists, I always split the vocal down two channels: one to themselves and one to the band. This means that I can keep the mic live in the artist’s ears the whole time, so they can hear themselves after a costume change (when jacks can get pulled and volume pots knocked), without disturbing the band.

If we’re using both IEMs and wedges, as one of my artists does, I actually split the vocal three ways to allow for a different wedge EQ and muting when he goes off stage. I always safe the “vocal to self” out of all snapshots but keep the “vocal to band” within snapshots so that those mutes are programmed in.

Finally, it’s a good idea to do IEM and mic housekeeping for every show. It’s the monitor engineer’s job to keep the artist’s molds clean and wax-free, so I carry wipes and a little pokey tool to make sure they’re always in good condition.

Alcohol swabs are great for cleaning the vocal mic, which I do right before handing it over – apart from the fact that a “fragrant” mic is gross, if the artist gets sick and can’t perform, the whole tour could be in jeopardy. Hygiene is very important.

In conclusion, every engineer does things slightly differently, but a can-do attitude, hard work, and attention to detail are great foundations for any engineer, no matter who you’re mixing.

Becky Pell is a monitor engineer with more than 20 years of experience in live sound. She toured as a monitor and RF tech with Black Crowes, Travis and Kylie Minogue before moving behind the desk to mix monitors for artists such as Aha, Muse, Westlife, Anastacia and Take That. Read more from Becky at SoundGirls.org.
All Posts
PrevPreviousSolid State Logic On Tour With Lorde
NextTrinity Productions Invests In Ashly digiMIX18Next
Top Stories
Explore All Study Hall