A front of house engineer details his console architecture in terms of busing and processing, regardless of the mixing platform.

Recently at a seminar, I was asked if – or how – my approach to mixing has changed when moving from analog to digital. I don’t think I’d ever been asked that question before, and oddly, I’m not sure I ever contemplated it.

Why? Because I still hear music the same regardless of the type of console. I hear the sounds and the mix in my head before I ever even turn it on. The console is just a path to executing what’s floating around in my noggin.

Now, do certain consoles allow me to get there faster and mix a better show? Certainly. And I think this is what the person was driving toward with the question, i.e., how am I architecting in terms of busing and processing given the vast amount of options available with today’s digital consoles?

In the mid-1990s, while developing virtual sound check on an analog console/digital recorder hybrid, I had a bit of an epiphany with regard to input level. I noticed that when optimizing the record levels, which were tapped directly after the microphone preamp on the console (Gamble EX56), I actually felt that the inputs sounded better as well. I had nothing empirical to back this up other than my ears and instincts.

That is, until sometime later while speaking to a console design engineer at Midas after I had moved my VSC system over to a (Midas) XL4. He confirmed for me that, “Oh yeah, there’s definitely a sweet spot in that preamp,” and while at the show, he was kind of marveling at my gain structure when he noticed that nearly every preamp was firing in that sweet spot. He asked how I was accomplishing it. Fast forward 25 years and it brings us to this discussion.

The basis of my console architecture, be it analog or digital, is built around subgroups being used as submasters to a master bus. By this, I mean every input goes through a submaster to get to the master bus. Typical groups are drums, percussion, bass, guitars, keys, orchestra, backing vocals, lead vocals, etc. So essentially, all “families” of instruments and their effects processing returns are in the given group.

This serves a lot of purposes that aren’t readily apparent until one buys into the philosophy and starts using it, but none more so than in modern digital consoles where it becomes a means of navigating lots of inputs quickly with today’s “spill” workflows. It’s simply an awesome workflow in that context.

By deploying the submasters in this manner, there’s now a “master volume” fader for each family of instrument or vocal. This allows optimizing the input gain, which today is also the record level but just as importantly, it facilitates keeping the faders in the high-resolution portion of the fader throw, allowing highly detailed mix moves and balances within the submaster.

To be clear, I’m not advocating putting all faders at zero and setting blends by adjusting the preamp level – exactly the opposite, really. I’m optimizing the preamp and A/D conversion first and then setting relative balances with the faders – for the entire drum kit for example – and then using the subgroup as a submaster for that family of instruments on its way to the overall master bus. This provides a quick master volume for the instruments that, unlike using a VCA in this role, has no impact on post-fader auxes and direct outputs at the input fader level.

It also provides a fantastic method for soloing the groups and accurately evaluating blends of inputs against their relative effects processing. Another advantage is that if you want to use a matrix to rebuild the blend of groups for front fills and even 2-track recording, it’s super easy to do by just pulling those groups up in the matrix and creating a blend different from the blend going to the PA.

Further, this approach supplies a quick means for stem recording and stem mixing, which is a great workflow for festivals in terms of sending stems to the recording truck for quick re-builds of mixes. The engineers in the truck can pick and choose what groups they want to use, and it also allows them to be very quick if needed.

The best part is the groups will contain all the solo moves and processing that you’ve been refining over the course of several shows. This worked like a charm for us with Tom Petty and the Heartbreakers, where the truck would usually take my music groups and blend them with individual vocals for the mix to air.

Obviously in today’s digital world, we need to be aware of the latency of the music groups compared to their individual vocals and adjust the vocal paths in the truck accordingly.

I’m sure by now you’re questioning why I’ve not mentioned using VCAs in my approach here. Rest assured I use VCAs extensively in my mixing; I just don’t use them for submaster-style grouping, rather saving them for much more important tasks. But given the rising word count here, I’ll save that discussion for another article. 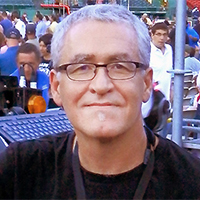 Robert Scovill is a 35-year veteran of professional concert sound and recording and has mixed more than 3,500 events for noted artists such as Tom Petty and the Heartbreakers, Matchbox Twenty, Jackson Browne, Rush, Def Leppard and many others. In addition, he’s the pioneer of virtual sound check and modern multi-track archiving for concert tours, has garnered numerous industry accolades that include six TEC Awards, and also serves as senior specialist for Live Sound products at Avid.
All Posts
PrevPreviousInnoQuotient CEO & Co-Creator Fran Chuan Announced As ISE 2023 Keynote Speaker
NextRenkus-Heinz Helps Spread The Word At Most Holy Trinity Church In MississippiNext
Study Hall Top Stories
Explore All Study Hall