Performing at multiple festivals including Download (UK), Rock The Coast (Spain) and Nummirock (Finland), the band needed a space-saving system that could fit in any front of house position and be easily transported from show to show.

To accomplish this, they rocked their dLive system in a number of ways, often leaving their usual C1500 surface on the bus and hitting performances with just a CDM32 MixRack, an IP8 remote controller and a laptop running dLive Director software. 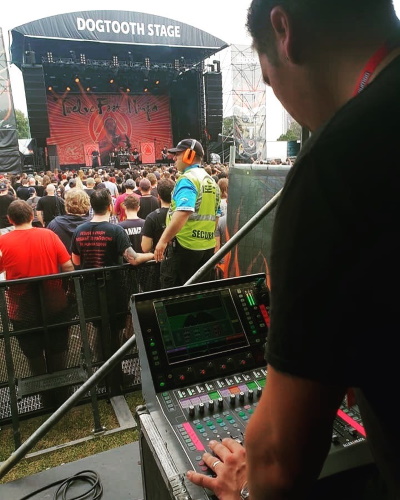 Dylan Mitrovich, sound engineer for TFN, explains, “There are only a couple of consoles on the market that provide crystal clear audio with the power and flexibility in a format that can be packed up and flown anywhere around the world – trust me, I’ve researched them all, and when I did, dLive was a clear winner.”

Despite typically touring with a C1500 (or larger) surface, Mitrovich had no problems with the stripped back set-up for festival slots, “Most of the input channels on the CDM32 are double patched to separate channel strips, providing us with the ability to split the console up effectively into two consoles that look after front of house and monitors. It is only built on the trust that I have for the Allen & Heath dLive product, that I fly across the world to operate a complex show on an 8-channel controller.”

Defining their genre as ‘heavy fusion’; the band amalgamate styles from heavy rock to latin, funk and reggae and switch genres multiple times in one song, meaning Mitrovich makes full use of dLive’s features and on-board FX while running a complex FOH mix. 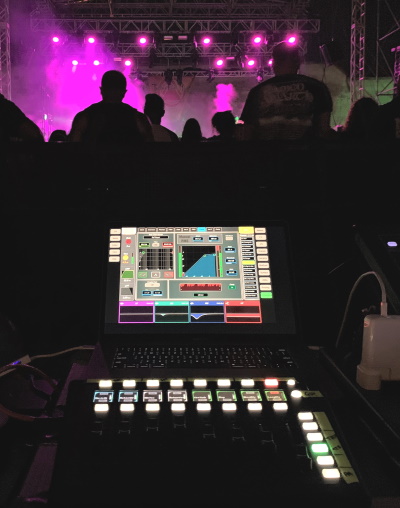 “I utilise snapshots to help me to broadly control the dynamic range in certain sections of tracks. It allows me to implement sweeping changes to the mix throughout each song – to complement their drastic stylistic changes. For example, I can pull genuine tones from their funk/latin/reggae styles and then also maximize the dynamic impact of their heavy sections,” explains Mitrovich. “I utilize a lot of the 16 FX units creatively to help really define the styles used in each section of their songs. I also use some FX purely for the band’s IEM mixes, just for vibe.”

While the band rehearse with a different console, the change in performance when on tour is highly praised, “The band spent many years using a different rack-based mixer for their IEMs and another console during rehearsals, and yet they still always rave about the dLive for audio quality”, comments Mitrovich. “They absolutely love it and say outright how much better and clearer it is.”

“It’s all power about control, and with the dLive I feel like I haven’t come close to reaching the limits of its power, no matter what I throw at it.”