To PA Or Not To PA? The Conundrum Of Deciding When To Deploy Sound Reinforcement

Analyzing when, where and why a system may -- or may not -- be necessary, and in fact, do more harm than good...

For wind protection, I bring a few small windscreens for lavalier mics as well as a larger one for a handheld mic in my music bag. On windy but otherwise beautiful days (we have a lot of them in New Mexico), it can be a lifesaver. A little low cut can help, too. No speaking voice needs anything below 80 Hz, and probably not even 100 Hz.

As for the roaring fountain that, for some reason, can’t be shut off during the ceremony, who decides that this is the rule? Because the net result is that a good portion of the audience will not hear the sermon, and the ceremony musicians probably won’t be able to hear themselves or each other.

Sure, it looks nice, and the idea of a fountain running during the ceremony seems appealing, but in reality, it’s terrible. When confronted with this problem, I ask the venue management if it can be shut off. If the answer is “no” then at least I can wash my hands of it because the responsibility falls squarely with them.

Let’s move up the scale a bit, shall we? When – and when not – should something be miked. Further, how should it be done? I was recently watching a lecture presented by a prestigious organization on YouTube, and the person speaking was miked with what appeared to be a quality headworn unit. 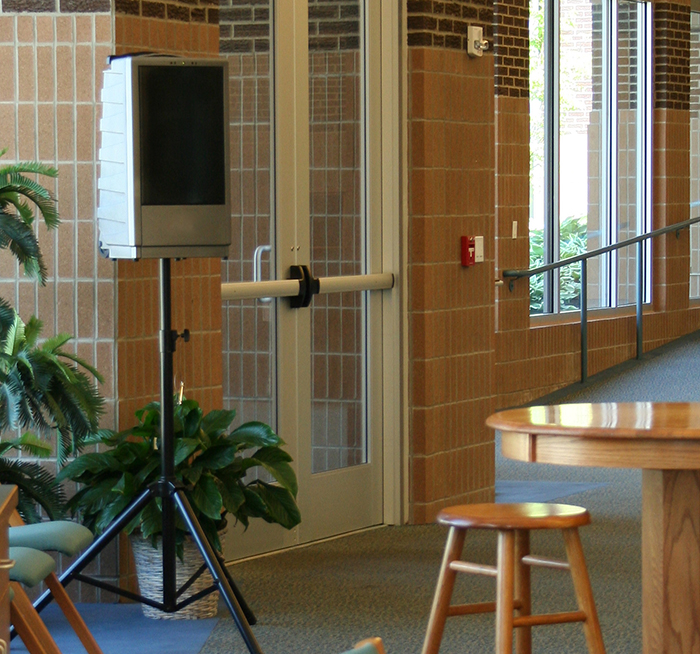 The speech intelligibility was crystal clear, perhaps even too much so, as the lip smacks and dentals could be heard to the point of distraction. One of the YouTube commenters opined, “They should have used a lav mic, as has been done since the 70s. These headset mics look terrible and sound terrible. A more distant mic would have worked better.”

This statement prompted a thread where someone came to the defense of using the headworn mic, pointing out that for instrument recording, distant miking can work well, but for voice, closer is usually better, adding that for speech, having reverberation in the signal can be detrimental to the goal of intelligibility.

>What I found odd was that no one mentioned the main issue at hand: recording is one thing, but when a PA system is in the mix, it’s a different animal altogether. Gain before feedback becomes a huge issue, and to get natural sounding speech in a large auditorium with good audience coverage from the system can be challenging. Using a lav in that context would raise the level of challenge considerably.

Not A Simple Matter

Getting back to my string quartet, the idea of adding amplification has certainly come up when we’re likely to play in a larger venue or if there are a lot of guests (talking and drinking) in the room. However, the question becomes: Who’s responsible? The venue, or the client, or the DJ, or the band playing the reception – or my quartet?

As previously noted, simply zone-miking the group is not likely to provide enough gain before feedback. So, then, tighter miking is required, and then the mix itself comes into question, along with the fact that close-miked strings don’t usually sound all that great. In other words, it’s not a simple problem, and probably not an inexpensive proposition either.

Returning to the original question of whether or not to PA, “it depends” is the correct answer, which is why Pat Brown of SynAudCon replies with it for a wide variety of questions. So, go forth and solve problems, keeping in mind that there are probably as many ways to do these things as there are sound people.

Karl serves as vice president of sales/service at Lectrosonics and has worked in professional audio for more than 25 years.
All Posts
Top Stories
Explore All Study Hall