Tightening It Up: Zen And The Art Of Frequency Bracketing For Drum Kits

Looking into a simple technique to properly balance and equalize a full drum kit in a live mixing environment.

I look at understanding proper equalization of live instruments as being one of the most important tools in our mental toolkit. And while equalizing a single instrument such as a keyboard or electric guitar can be pretty straightforward, drums offer a special challenge. That’s because a drum kit is really a bunch of separate instruments, each with its own microphone(s), processing, and so on.

Others may go into more detail about timbral equalization of mics for the basic sound of each drum, and certainly, mic selection is a hot (and important) topic for drums, but I’m going to discuss one of the least understood yet most important aspects of optimizing live drums. I call it frequency bracketing, and it’s very easy to do once you understand the concept.

Let’s begin by comparing the spectrum (frequency bandwidth) of two different drums in a standard kit: kick and snare. Most of the desirable energy of the kick drum exists in the bottom octave of a sound system, say 40 to 100 Hz or so. And while we may like to make the sound of the kick “slap” a little at 5 kHz (or so), there’s really not a lot of useful sound energy in the top octave from 8 kHz to 16 kHz.

This is why we typically choose a large diaphragm mic for kick. We want to capture the “boom” and don’t care about the “tizz.” Listen to a kick drum playing solo, that’s pretty much what we hear. But have a drummer play the snare by itself while listening to the kick mic on headphones and we hear a lot more high frequencies than expected. This can contribute to two separate sonic problems: cross-triggering gates and transient smear/phase cancellation. 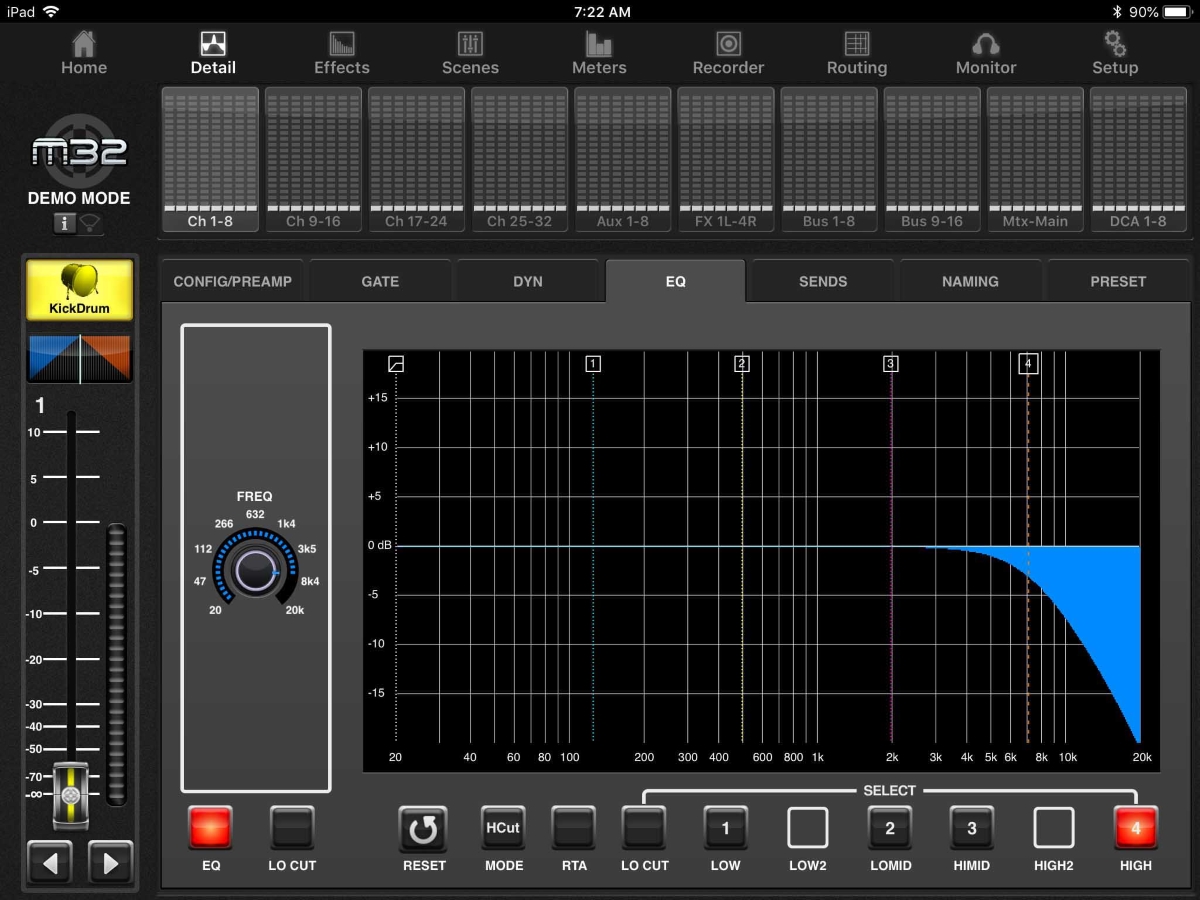 First, I’ll address cross-triggering gates. Because the gate on the kick is monitoring the full bandwidth of the energy coming into it, the extra high-frequency energy of the snare leaking into the kick mic can make the gate double trigger. That is, if the gate is loosened up enough so that it can pick up a softer “hit,” then it can open up on the snare hit as well because it’s confusing the sound of the snare with the sound of the kick.

What’s an engineer to do? Modern digital consoles not only have a high-pass (or low-cut) filter, they also usually have a high-cut (or low-pass) filter as well.

An important caveat before going any further: if we want to use EQ to control what the gate “hears,” the EQ must be placed before the gate in the signal chain, so the standard parametric channel EQ won’t work. Fortunately, on most digital consoles, the gate includes a “key filter” that is perfect for the job.

Next, have the drummer just hit the snare while listening to the kick mic and turning the channel EQ on and off. With the high-cut EQ engaged, you should hear a big drop in the snare energy leaking into the kick mic.

Then ask the drummer to play the entire kit while you solo only the kick mic in your headphones. As you turn the kick channel EQ on and off you should hear a lot less “drums” and more “kick” with the high-cut filter in place. And now the gate trigger is more effective since it’s not being confused by all the extra high-frequency energy from the rest of the kit leaking into it.

A second benefit is a reduction of transient smear and phase cancellation when two separate mics hear the same sound at different distances. This can introduce several milliseconds of delay in the sound hitting the more distant mic that, when added to the closer mic, can cause phase cancellation. 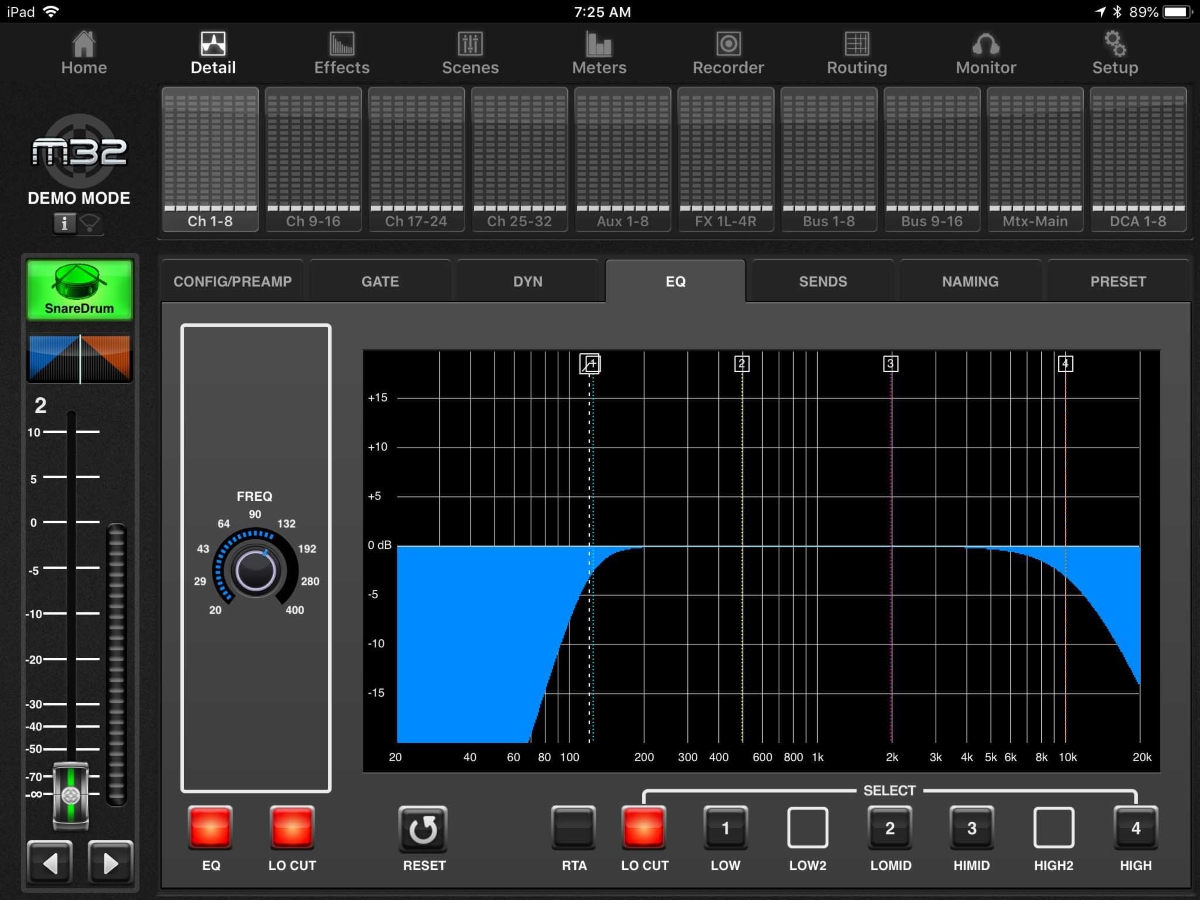