Artists may not even notice the imperfections, but not much gets past the ear of a quality sound engineer.

When a voice is recorded, editing is always required. Even the most professional voice artists, with the best soundproofing, tech set up and all the will in the world will require editing.

Sounds just have a way of sneaking in there and often artists don’t even notice. But not much gets past the ear of a quality sound engineer.

So… You’ve just recorded a voice-over artist, it sound great but something’s just not quite right…

When recording voices there are many things that you can do to improve the quality of the sound captured, like recording in an acoustically treated room or studio.

Still, there are some unwanted sounds and noises that will sneak their way through the recording devices and get imprinted on the sample.

It isn’t an easy process removing these noises, to get the high quality the recordings need to be analyzed and cleaned. So, how is this done? Check out the steps below to see what’s involved.

Background noise or ambient noise is always there… heavy traffic, the sounds of nature, mechanical noises produced by devices such as power supplies, refrigerators and air conditioning.

Professional artists record at professional studios. They often have home studios, which are acoustically treated rooms equipped with quality microphones and filters to record.

However, a small amount of background noise can find its way into the recording and if it alters the sound quality it can be removed. 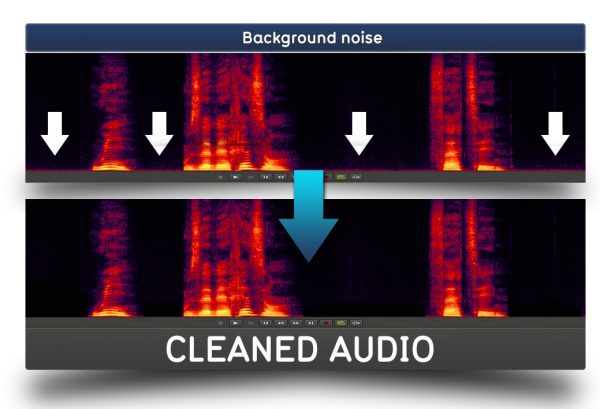 Unless breathing is part of the voice-over acting, for example a characters voice for fictionalized parts, you will want to remove the sound of the breaths made by the artist. This way the recording will sound cleaner, especially for corporate, IVR or e-learning recordings. 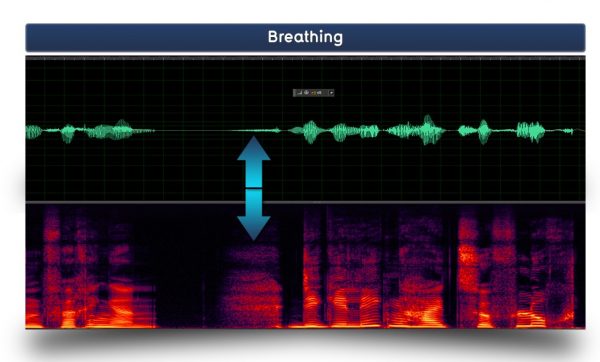 Some noises are naturally produced with the mouth and the tongue when speaking, for example tongue clicking and lip smacking. Pops are short, quick, explosive sounds, generally produced when articulating the sound “P” but the popping can be produced by different sounds in different languages. Some of these noises may pass as natural, but too many of them can result in a “difficult to listen” recording.

There are some digital filters that can identify and delete clicking and popping but when working with different languages you need to make sure that by doing so you are not deleting sounds that are actually part of a word.

So the best way to proceed is to go trough the audio detecting clicks and pops and deciding whether it is best to keep them, remove them or to just soften the sound. 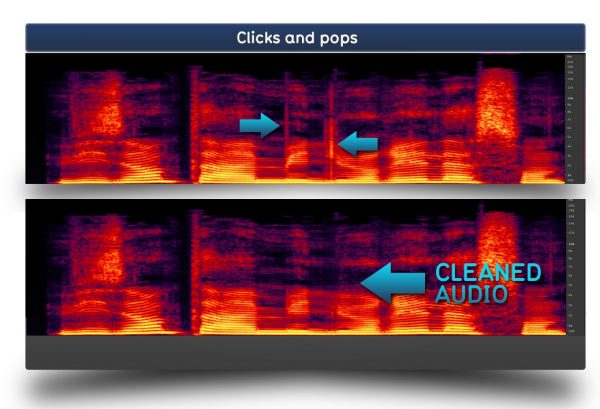 Sometimes, particular strange sounds and/or frequencies make their way through the acoustically treated room and end up imprinted into the audio sample. For example, a cell phone vibration, a siren, etc.

Other times, apart from clicks and pops, there are some noises that we naturally produce when articulating and speaking.

We normally don’t pay attention to those sounds when talking in a regular environment but inside of a vocal booth and with a high sensitive microphone, these sounds become accentuated.

It is hard to explain in writing how this sounds like but on these spectral views you can see how some noises can be detected like odd shapes on the voice frequency levels response. 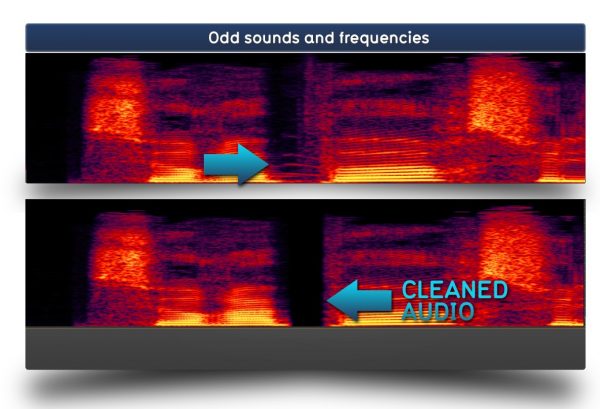 In order to deliver a homogeneous sample, we apply a set of filters specifically designed to increase the volume of the recording at parts where it sounds lower than it should be, and to decrease the volume on really loud enunciations.

This way you won’t need to be adjusting the volume on your home device every time the volume of the voice fluctuates.

These processes can even make a voice sound thicker or lighter, darker or brighter. 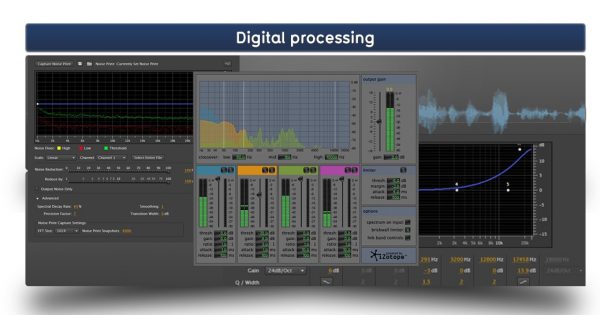 Consider contacting a professional studio that can edit your recordings — it can make the process much quicker and easier!

Veronica Tecce is an image and sound designer with more than 15 years experience in audio and video editing. She works at Adelphi Studio based in Sheffield, UK, a media localization company that specializes in voice-over work.
All Posts
PrevPreviousSweet Southern Sound Invests In Adamson E-Series
NextChurch Sound: A Quick Fix When The Mix Isn’t WorkingNext
Top Stories
Explore All Study Hall