For some 20 years I worked for Intersonics, a company that developed experimental space flight hardware for sounding rockets and the space shuttle, and we also did contract R&D. It was while there, the Boss let me launch the Servodrive part of the company. The caveat was “as long as all it costs was space and lights.” So we were off in our “spare time” to create some “perfect bass.”

With so much of the company’s NASA work having to do with acoustics and having good measurements, we were also one of the early companies to get a TEF machine. Being the main “acoustics guy,” I used the TEF to measure vibration resonances in space flight payloads and locate flaws in concrete blocks (looking for echoes).

Another task set was to measure/develop new transducers for acoustic levitation, another for producing a sonic boom. I even used TEF for measuring resonant modes on pecan shells. Let’s just say it got seriously “multi-tasked.”

While at Intersonics, a movie company asked to film the acoustic levitation process used by our space flight hardware. I ended up demonstrating it and being in the movie (“Mystery of the Sphinx” with Charlton Heston). During filming I had made a wisecrack to the producer about going to Egypt and measuring the pyramids.

Several years later, the same producer calls up out of the blue and asks if I was interested in “finding out why the inside of the Great Pyramid sounded so weird.” This would be for another movie — all expenses paid and a decent “nut” to boot.

Some quick research on the pyramid revealed it was a lot bigger than I imagined. It had a number of chambers and levels above the “King’s Chamber” — opening the possibility that it was not a “simple”acoustic system. A rough (and I mean rough) estimation of the resonance of the granite ceiling beams in the King’s Chamber put them at about 300 Hz. A somewhat less rough Helmholtz resonator and transmission line model suggested resonances starting at 2.5 Hz or so.

Into The Wild Blue Yonder

My long, fairly comfortable flight on Egypt Air from New York City landed in Cairo where my Egyptian adventure got off to a bad start.

Not being sure what to expect, or if my modeling meant anything in the real world, I’d packed two speaker systems for producing test tones, one for above 100 Hz and a second much larger unit for below. Both were shipped in sealed boxes containing a power amplifier, my trusty TEF 12, a B&K microphone, and an accelerometer (and a brace of cables).

Unfortunately, my power amplifier “got lost,” when we arrived at the Cairo airport. I suppose they thought the elaborate “tour” they took me on, through the dank, dark caverns under the airport looking for it, would offset the loss. Maybe they hoped this search party experience would combine with relentless jet lag to dissuade my pursuit.

Come to think of it, they never did pay up on the insurance claim (grumble, grumble). I was immediately on the phone to the Crown dealer in Helliopolis to arrange for indigenous amp rental. Thankfully several days of free time were scheduled before I was “on camera.”

My 01:30 trip from the Cairo airport to Giza, where the pyramids are, documented the chaos of local Egyptian “road rules.” Car horns are the “linga franca” for inter-driver communication. Headlights are almost never used at night on highways, but are frequently flashed in a fashion similar to horn honking.

Also curious, a marked 3-lane road can often have five lanes of door-to-door, bumper-to-bumper traffic, consisting of a zillion wannabe Formula 1 drivers in beat up cars. This routine requires constant lane changing, horn honking and jockeying for the pole position all at 15-30 mph.

During a return to Cairo proper, I discovered that even the traffic lights are different. Like everywhere else, green means “GO,” but yellow also means “GO” and red means “GO” if nobody is coming. A cop standing directly in front of your car means stop, but if you are in the car next to the one with the cop, you can go regardless of his hand motions or how hard he blows his whistle.

Go With The Flow

I settled in at the Movenpic hotel near the pyramids. Several days of pre-film preparation remained. It was immediately clear that many production details remained undefined.

When I asked whether or not we had any sort of production schedule, outline or anything, the answer was “it isn’t ready yet…don’t worry.” I thought that maybe that’s the way Hollywood is…real casual. So I made my best attempt to go with the flow.

To enter the Great Pyramid, one must first enter the cave El-Mamun. A would-be robber bored into the limestone here in around 600 AD. This tunnel goes in approximately 50 ft (15.2 m) to a point they were supposedly about to give up, but heard a noise inside and re-directed the tunnel to the left. 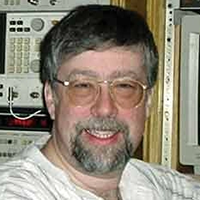 Tom Danley (Danley Sound Labs) is a highly accomplished loudspeaker designer and is recognized worldwide as a pioneer for "outside the box" thinking in professional audio technology.
All Posts
PrevPreviousIn The Studio: Guerilla Recording Is As Simple As One, Two… Eight?
NextAudio-Technica Launches New Redesigned WebsiteNext
Study Hall Top Stories
Explore All Study Hall