The Beginning & The End: Electrical Power, Conditioners And Protection

Some advice and suggestions for protecting your gear, your show, and possibly your life.

A “W” indicates weather and water resistance for indoor or outdoor use. So a cable stamped SOOW is an extra-hard usage cable that is resistant to oil and water and can be used outdoors.

Use only 12 AWG (American wire gauge) conductors for extension cords at gigs. Voltage drop occurs when running longer power cords, and this effect is more pronounced the longer the cable run, and the smaller the wire gauge. Also don’t rely on orange extension cords. While they may be 12 AWG, their jackets do not meet code because they’re too thin.

To increase the number of outlets in a circuit, power strips can be employed, but make certain that the gear connected to any power strip will not exceed the capacity of the strip or the circuit it’s plugged into. Power strips come in many different styles, with a long strip with about six outlets and a power switch being very common.

In addition, some manufacturers make rubber housings for a variety of outlet configurations including more than two duplexes, twist lock, and even 19-pin connectors common for powered line array systems. Quads can be connected directly to a cable, connected to a short “pigtail” cable or even have a power connector built into each end so they can be run as a “stringer.”

A 3-circuit stringer with rubber boxes and colored outlets for each circuit.

Stringers are cables that have outlets built in along the cable length. They’re popular for backline stage power as well as lighting, and can be single circuit with all outlets on the same circuit or multi-circuit with two or three circuits per cable.

Multi-circuit stringers usually have a twist lock connector at one end and use different colors for the outlets that correspond to different circuits.

A requirement of the local code where I primarily work is GFCI (ground fault circuit interrupter) circuits for outdoor gigs. A GFCI can sense when current is flowing along an unintended path (like water) and quickly shuts off the flow of electricity. 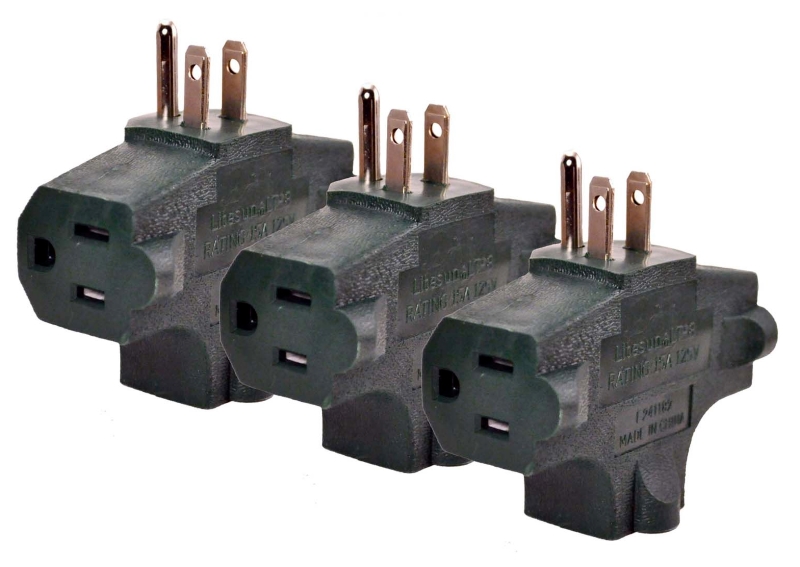 A black version of the popular orange cube taps found in big box and hardware stores.

Many PD systems have GFCI outlets or breakers built in, but my company’s PDs don’t, so we’ve made some GFCI quads that can plug into an extension cord and satisfy the local code requirement. Installed in weatherproof outdoor-rated boxes with covers, they also meet another local code requirement that all outdoor outlets must be covered when not in use. 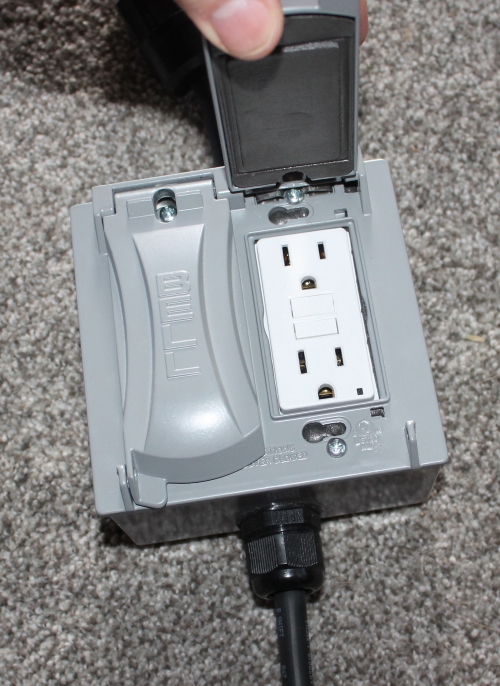 A GFCI is under the cover of the quad box. Note the pigtail outlet so that an additional duplex box can be connected and still protected by the GFCI.

In addition, they include GFCI protected cable outputs where additional duplex boxes can be connected if needed.

Read More
Charting The Mix: The Value Of Peeking Under The Hood Of A Pop Song

By using short extension cords, the quads can also make a stringer run.

Another common way to attain multiple points from a single outlet is a “cube tap.”

These molded units have three outlets and come in two types: ones that are molded on to a cable or ones that have blades built in and simply plug into an outlet.

Some power strips add USB ports for charging portable devices, and they come in handy at the mix position.

The USB Power Strip from Alto Professional takes this a step further by offering a built in USB “hub” that can connect to a computer in addition to USB charging outlets and spaced AC outlets. It also offers surge protection.