Technical Ear Training: Mastering The Art Of The Invisible

“Lighting is visible, costumes are visible, scenery or sets in a movie are visible, but sound is the invisible 300-pound gorilla in the room..."

Timothy Ryan describes his job as “dealing with the invisible.” As an assistant professor of audio production in the Webster University School of Communications in St. Louis, he knows his students face a unique set of challenges in their training.

“Lighting is visible, costumes are visible, scenery or sets in a movie are visible, but sound is the invisible 300-pound gorilla in the room,” says Ryan. “Developing stable internal reference points is the only way to deal with it.”

The Technical Ear Training courses are designed to do that. The term “ear training” is usually associated with musicians and their ability to identify notes, pitches, melody and chords only by hearing. But training your ear isn’t just for musicians, the audio aesthetics and technology department at Webster University is one of only four schools in North America currently offering courses in this type of training.

Students who finish the program are able to quickly identify issues with both live and recorded sound and be able to fix the problems in a fraction of the time that is typically required.

“A large part of our job is focused on making things sound ‘good,’ whether it’s dialog for a movie, a recording, live sound or video games,” Ryan states. “The ability to know why something doesn’t sound good and to fix it very quickly is a huge advantage for our students over students graduating from other schools.” 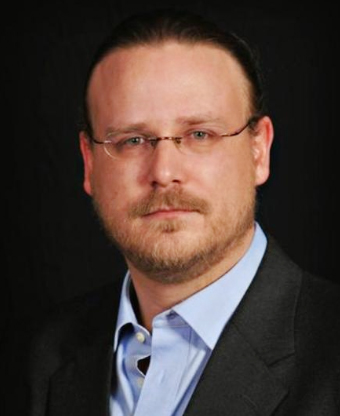 The classes require roughly four hours of hands-on work each week. Students engage in a series of exercises using interactive software that is being developed by a team of researchers, including Ryan.

In each of the exercises, the tonal characteristics of an audio file are repeatedly changed and the student is tasked with identifying or repairing the alterations. Webster, McGill University and two other schools are offering this form of technical ear training but the programs are structured differently at each school. Webster’s small class sizes allow for a different way of teaching the material.

“I have three to four students in each section of the class. We cover about 20 minutes of lecture each week, after which the students each get a chance to sit at the console and do the exercises while I coach them. I have one student working at the console while the rest of the group observes,” said Ryan. “Everyone perceives things differently. I can tell them how I hear but that’s not necessarily how they’ll hear something. Having other people in the room to share their observations has been really helpful to the students.”

Vincent Falcone is one of the students in the class and said the experience has been “ear-opening” and appreciates what it will do to help him find a job once he graduates.

“There are very few people in this world that have had the chance to take advantage of such a course,” sauys Falcone. “In such a ridiculously competitive field as audio production, it will always be about what sets you apart – what do you have that makes you better than this guy? What can you do that he/she can’t?

“Technical Ear Training is a great example of that, and additionally, the skill sets that we’re building can translate into multiple facets of the industry, most notably music recording, post-production work, and live sound.”