When Cardiff-based SR Production Services invested in a new Martin Audio Wavefront Precision Compact (WPC) line array, they knew not only that they would be the first PA company in Wales to run the innovative and scalable system, but with so much of their event work taking place on problematic sites, requiring close offsite noise control, this system would uniquely be able to solve a lot of their issues.

“Generally, the events we do are heavily noise-policed,” confirms SR director of operations, Alistair Brick. “However, there is one particularly sensitive event—a barn party, promoted by House & Techno specialists, Cellar Door at a farm in the Valleys—where other systems we have used previously have never been adequate, as there has always been noise escape leading to complaints. It was principally for this that we invested in WPC with the result that it not only played much nicer than what the promoters had previously experienced, but there were no noise complaints.”

In fact, one of the DJs, Cellar Door’s Jimpy, had posted online ahead of the event: “This year’s Cellar Door visit to the farm features a brand new sound system supplied by Martin Audio, the very same audio company which is heard all across Glastonbury including the Pyramid stage. The sound system not only brings an even greater clarity of sound over last year’s event…but provides a high degree of noise mitigation control. This ensures the sound is focused on the event and not on the surrounding area using state-of-the-art technology.”

It was that technology that had attracted SR co-directors Matthew Dunford and Alistair Brick, in their quest for “a compliant and current system.” They duly placed the order for eight WPC, six SXH218 subwoofers and a pair of utility XD15’s with JP Cavaco at Martin Audio dealers, Enlightened. Cavaco arranged a demo which confirmed that this would be an ideal system, and it immediately went out on a conference for a high-profile restaurant group.

He says they are presently running the system in 2-box resolution “but when we add four further WPC boxes and amplification later on, we plan to increase this to 1-box resolution.”

Now firmly in the Martin Audio camp, they subsequently added eight Blackline X8 enclosures as a conference system (partly supplied by Enlightened, partly by Leisuretec) and this was featured at the Cardiff International Film Festival.

Al Brick said after several months of running the new WPC he couldn’t be more delighted. “Every time it’s gone out it’s been rebooked, and on every occasion where there had been a noise pollution problem previously there was no longer a problem, either with the levels required on-site or off-site.”

He said the rigging system was excellent and the system easy and quick to fly and derig, while the ease of setting a cardioid sub array was another plus factor. However, there had been one further reason for purchasing the WPC. “Our engineers really wanted a 10-inch box, which goes a little bit lower than the 8. As one put it to me, ‘Get a 10-inch system for the love of God…I want to be able to hear my snare.’”

Recording and mixing workshop coming up in November in Fort Wayne is designed to provide an immerse experience in a working studio environment. 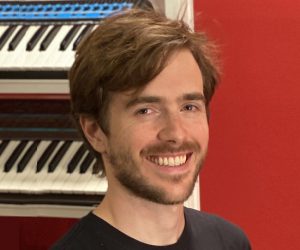