Illustrating the harmonic structure (content and phase relationship) of a signal

I’ve heard it argued by that square waves contain DC. How else could they have the flat top and bottom that make it square? Let’s look at a square wave and see what causes it to have its square shape.

A complex waveform can be constructed from, or decomposed into, sine (and cosine) waves of various amplitude and phase relationships.

This is the basis of Fourier analysis. A square wave consists of a fundamental sine wave (of the same frequency as the square wave) and odd harmonics of the fundamental.

The amplitude of the harmonics is equal to 1/N where N is the harmonic (1, 3, 5, 7…). Each harmonic has the same phase relationship to the fundamental. If we construct a square wave from just the first two harmonic components we can begin to see how the square shape occurs (Figure 1).

We can see here that the red trace is the first harmonic (fundamental) and the green trace is the third harmonic at its correct amplitude. 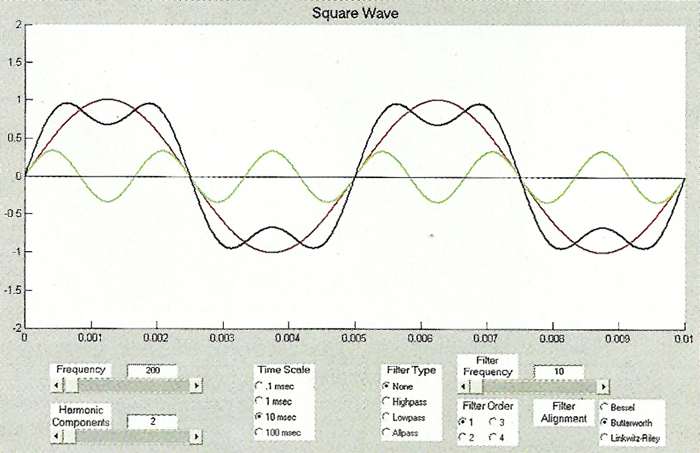 When the first harmonic is at its maximum value the third harmonic is’ at its minimum value. By adding these two together we get the black trace, which is starting to resemble a square wave.

If we now use five harmonic components 0, 3, 5, 7 and 9) to construct the square wave we see it really starting to take shape (Figure 2). 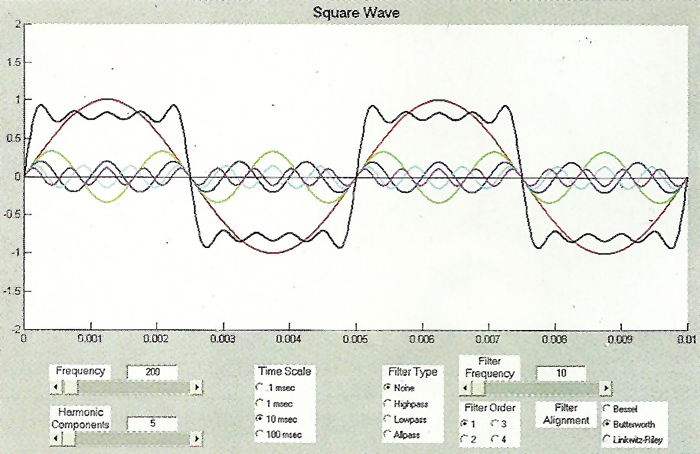 At the end of each half cycle of the square wave all of the harmonic components are all going the same direction (either positive going or negative going). This is what accounts for the sharp rise.

Towards the middle of each half cycle the harmonics alternate between being at minimum and maximum amplitude just as we saw in Figure 1. This is what accounts for the flat portion of the square wave. Increasing to 10 harmonic components results in Figure 3. 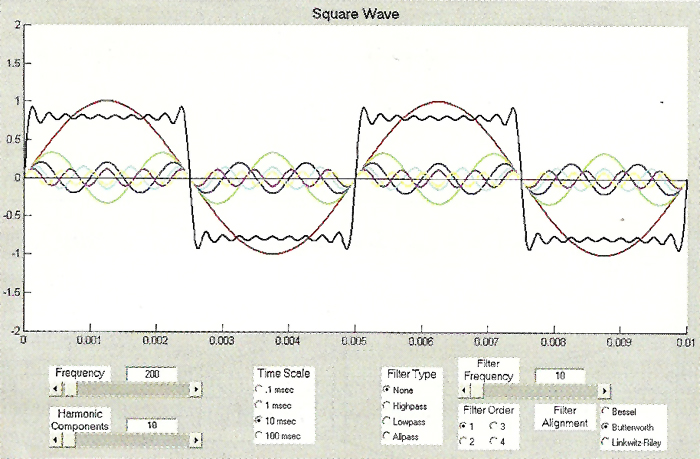 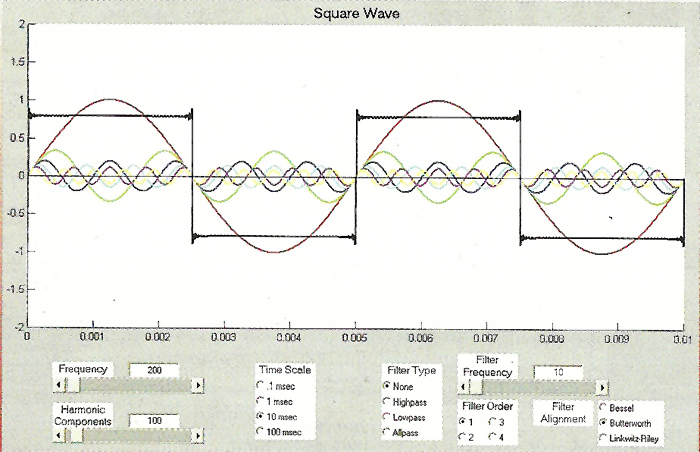 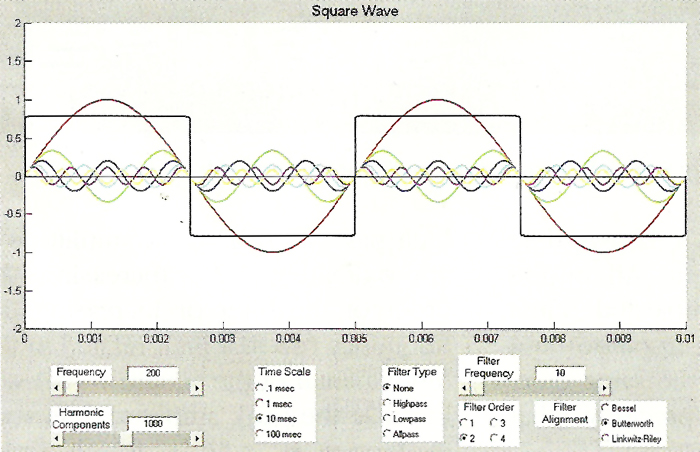 From these graphs it should be well understood that the high frequency harmonic content, and not a DC component (0 Hz), is responsible for the shape of a square wave.

Charlie Hughes has worked at Peavey Electronics and Altec Lansing, and currently heads up Excelsior Audio Design & Services, a consultation, design and measurement services company based near Charlotte, NC. As a loudspeaker design engineer, he's devised more than 60 products and has been issued five patents, and he's also helped to develop and implement a sophisticated multi-axis rotation mechanism to aid in the measurement of loudspeaker directivity. He’s also a member of the AES, ASA, CEA and NSCA.
All Posts
PrevPreviousPK Sound Reinforces Inaugural Bass Canyon Festival
NextChurch Sound: Properly Communicating With The Folks On StageNext
Study Hall Top Stories
Explore All Study Hall