Spotlight: An Eye On DI

Principles and the latest capabilities of direct boxes.

The iconic IMP 2 from Whirlwind just passed a milestone with over 1 million units sold. This passive DI has parallel-wired 1/4-inch input/output jacks, a ground lift switch, and a tough metal enclosure.

Whirlwind also has a large selection of active and passive DIs, stereo units, and multichannel rack-mount configurations. One that I absolutely love is the Di2 stage snake stereo DI, a version of the Director 2. It’s a 2-channel unit hard-wired to a 15-, 25- or 50-foot stage snake. 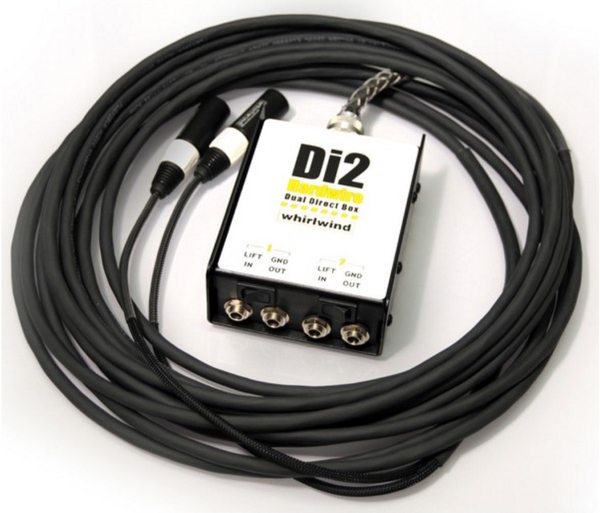 Available in a selection of colors, the Di2 makes it easy to wire up a band when several DIs are needed while also eliminating a pile of XLR cables for a clean stage. In addition, Whirlwind offers Medusa Series snakes with XLR inputs along with DIs built into the same stage box, great for situations such as working with a band with a singing instrumentalist who needs a DI as well as a mic. 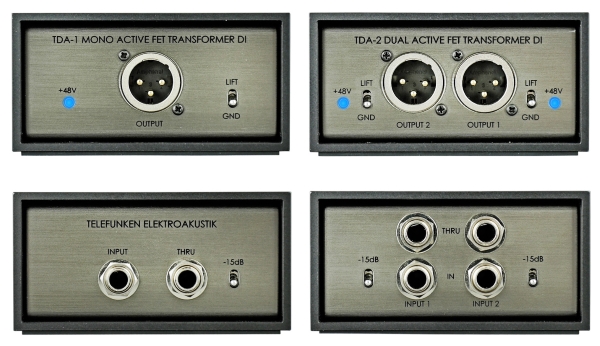 According to the company this design provides “the perfect balance between clean, high-headroom performance and warm, saturated tone.” Meanwhile, the Telefunken TD-1 (mono) and TD-2 (dual) are the passive models.

At the heart of each of these new designs are custom-wound output transformers, and the circuit boards are hand-assembled. The electronics are housed in a durable, extruded aluminum enclosure with recessed heavy-duty toggle switches for the -15 dB pad and ground lift. Telefunken notes that these new boxes are virtually indestructible, and by the rugged looks of them, that’s likely not an overstatement in the least. 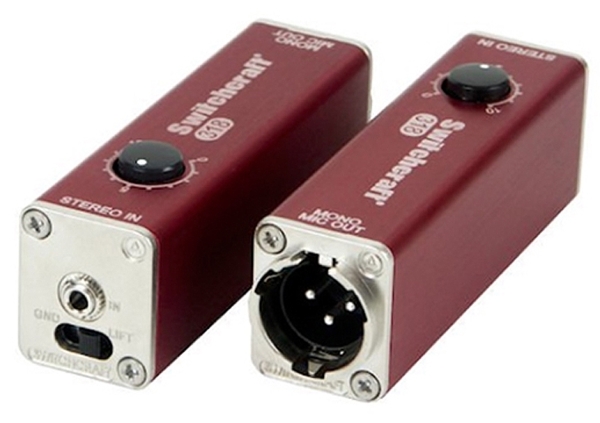 Both ends of a Switchcraft AUDIOSTIX 318.

Noted for its connectors, Switchcraft also presents a DI lineup of both passive and active units with solid construction and recessed switches. On a recent corporate show, I had a chance to use the new 318, a purpose-designed media DI. Part of the AUDIOSTIX compact interface line, the 318 is the width of a D series connector and less than four inches long, and is equipped with an XLR output on one end and a TRS input jack with recessed ground lift switch on the other. A volume control resides on one side.

The unit takes a TRS input (cable included) from the headphone jack of a laptop, tablet, or phone and provides transformer isolation while summing the signal to a balanced mic level mono output. The miniscule size allows placement on a cluttered podium, making it easy to hook up when the presenter brings an unannounced laptop at the last minute. An install version called the 319 replaces the XLR connector with a terminal block set for line level output.

Four DIs in one with the rack-mount version SL-4 from RapcoHorizon.

RapcoHorizon has a variety of well-built DI boxes in mono and stereo configurations, as well as a 4-channel rack-mount version called the SL-4. It’s basically four SL-2 single-channel DIs mounted in a single rack space.

Each channel offers a -20 dB pad switch, ground lift switch, and both front and rear inputs/outputs to suit any wiring scheme. In addition, the company’s BLOX Series presents some very compact units, including the LTIGLBLOX with a built-in 2-foot cable terminated with a 1/8-inch TRS male plug that makes connections easier. 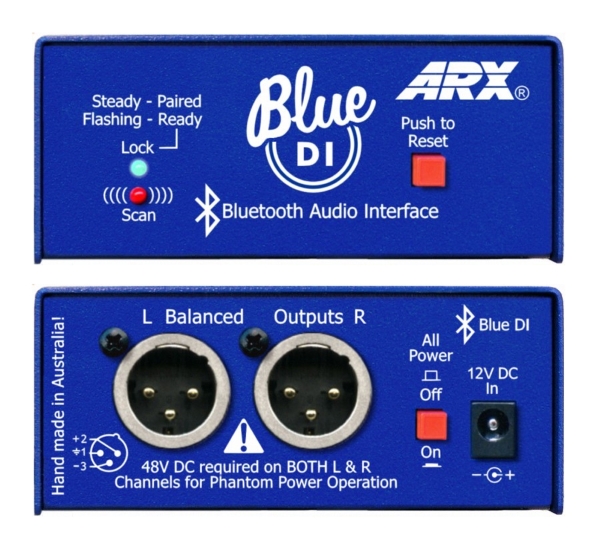 The appropriately named ARX Blue DI that serves as a Bluetooth interface.

ARX, based in Australia, has introduced the Blue DI, a stereo interface that can pair with any Bluetooth audio device, providing balanced low-distortion outputs in a heavy-duty steel chassis. It can be driven via phantom power or 12-volt DC.

In addition, the USB DI plugs into a computer and allows the use of balanced audio outputs instead of relying on the headphone jack. And, ARX also offers a range of different signal devices, including single channel and stereo DI boxes that all use the same size chassis, with up to four units able to be rack mounted together in one space using the optional RMK-1 kit. 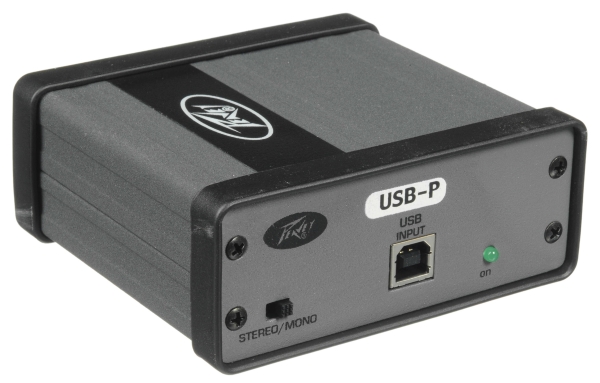 The Peavey USB-P that connects to the USB port of computers, appearing as the stereo output device.

Recently at a demo, I spotted a loudspeaker manufacturer using a Peavey Electronics USB-P interface between a laptop and the system processor. The USB-P is a playback-only interface that connects to the USB port of a computer and appears as the stereo output device.

Many other manufacturers offer quality DI choices as well, with the list including ProCo, Rupert Neve, Pyle, Hosa, CBI, Rolls, ART and others. The key to finding the “right” DI is giving it a listen to make sure it sounds good for your particular application. That’s why production companies (like mine) stock a wide variety of DIs.

Craig has worked in a wide range of roles in professional audio for more than 30 years in a dynamic career that encompasses touring, theater, live televised broadcast events and even concerts at the White House. Currently he owns and operates Tech Works, a regional production company that focuses on corporate events based in Reno.
All Posts
PrevPreviousRCF Supports G20 Summit In China
NextChurch Sound: Defining Auxes, Groups, VCAs & MatrixesNext
Top Stories
Explore All Study Hall