Let’s skip some of the “101” materials for digitally steerable loudspeakers for this discussion. Digital beam steering technology has largely found a place with sound designers and is now regarded as a mature technology.

For the most part, the pro audio industry understands the benefits it affords – and most have a preference of when they can deploy the technology with success. No longer is digital beam steering relegated to speech-only applications. It’s now capable of handling high SPL full range sound reinforcement.

Instead, let’s look at an additional methodology where digitally steerable loudspeakers can be employed to achieve more optimized coverage — specifically, beam splitting. It’s a method designed to provide coverage to two or more separate locations with one array.

Traditional design normally calls for loudspeakers covering the main audience area, and separate loudspeakers to cover the balcony, especially theatre applications. Loudspeakers may be mounted at high and low locations on a proscenium, or spread along a truss and aimed at the different locations where coverage is required. Either way, architectural considerations may come into play, and multiple sources can make optimal alignment a time-consuming challenge among other things.

The benefit of digital beam steering, of course, is the capability to precisely position sound on the audience. But what if you are designing for a space where there is more than one audience location? We see this most commonly in the house of worship, auditorium and theater, and education environment where balcony seating is located.

Not only should putting sound where you want it be a consideration – we also need to consider where we don’t want it. We know the benefits of keeping sound on the audience, avoiding reflective surfaces, and keeping the direct to reverberant ratio in check. However, there are additional issues to consider when splitting beams.

Balcony fronts, specifically, provide an extreme challenge in these environments. They can be reflective and have been the headaches of uncountable numbers of sound designers and engineers over the years. A favorite example is a well-known theatre in the UK where the solid, flat balcony front was angled to the audience below. This created an almost perfect response in about six rows of seats on the floor. The problem was it came half an hour after the first arrival (a slight exaggeration)! Whether it is wood, glass or metal construction, the front of a balcony is often seen as trouble.

Vertical beamwidth and direction are individually programmable over the fixed horizontal beamwidth angle, where multiple agile and steerable beams with dissimilar characteristics can be accommodated. That is, we can control the relative level of beams separately to deal with attenuation over differing distances and shape the individual beams to accommodate different angles and lengths of the individual audience planes.

The obvious benefit is eliminating the need for additional loudspeaker sources in a project, from a performance and budget perspective. Rather than integrate additional components at various locations, which can be labor intensive and costly, a digital beam steered approach that is selected appropriately for the space can cover multiple locations, and in most instances without the requirement for under balcony delays.

This is not, of course, black magic. There are considerations before applying multiple beams in an application. For example, the low-frequency steering limit is dictated by the length of the ;oudspeaker column. A shorter column will have limited control at those lower frequencies, meaning if the goal is to create multiple beams, they will only be split down to a specific frequency.

As a rule of thumb, the length of the column would be twice the wavelength of the lowest steered/controlled frequency. For a 1=meter (3.3-foot) column approximately 700 Hz, and for a 4-meter (13-foot) column down to approximately 190 Hz. A longer column will also yield higher output levels. The more difficult the acoustics in a space, the more sense it makes to control most of the frequency range.

So, with the theory behind beam splitting explained, when does it make sense to use? And, more importantly, how is this capability accessed?

Rooms Where It Makes Sense

More often than not, beam splitting will be considered where a balcony is involved. There are, of course, multiple types of balconies to consider. Rooms that only cover a raised area at the back of a room may not need split beams. But as balconies jut forward more, increase in slope, or present themselves as two discreet audience areas, the need to split beams becomes more apparent.

Decent room acoustics (Low RT60) allow the use of beam splitting or larger opening angles without too much issue. By splitting beams on shorter columns, you are in some ways turning the loudspeaker into more of a conventional device by effectively lowering the Q of the device. With a shorter column the effectiveness is limited as discussed earlier to only higher frequencies, so applications and effectiveness are limited.

Consider the acoustical environment, application, and the correct product when beam splitting. That usage – covering multiple locations while missing balcony walls, overhangs, and other reflective surfaces – can be a huge deal for a successful outcome. Eliminating the additional cost of adding more loudspeakers helps make quality audio more accessible. And avoiding reflective surfaces improves the overall intelligibility within the space.

In a more challenging acoustic space, say a traditional house of worship, the RT60 tends to peak at low frequencies. Therefore, we usually see long steerable columns in these spaces for the benefits of low frequency control rather than the need for extra headroom. The ability to control those additional lower frequencies will result in higher intelligibility scores.

One should be mindful and give careful consideration before splitting beams in these highly reverberant environments – especially if the second audience plane to be covered is a distance away. The inherently wide horizontal characteristic of a column will not benefit from splitting beams to cover areas at distance. No mater how narrow and laser focused the beam, you are still introducing more energy into the room. For balconies in these instances consider a delayed, smaller format column to cover these auxiliary areas.

Also, there are differences between “split” and “multi” beam approaches between various manufacturers. There are advantages where the entire array is used for both – or more – beams. This is possible by applying the “steering delay” within the FIR coefficients and mathematically superimposing the multiple filters together. Those who provide split beams put the delay ahead of any beam filtering so only “one” value of delay steering is possible for a given output.

The technical ability to actually achieve this capability, however, rests in two areas. First, the software’s ability to complete the task. Robust configuration software is necessary to allow this type of approach to work. Second is support from the manufacturer. This is not just them telling you how to program it, but rather them offering acoustic modeling and commissioning. The benefits can be accurately predicted ahead of time.

If it’s your first time with splitting beams, there’s no need to do it alone. Ask for help from your manufacturing partners. Tell them what type of room you’re up against – and see if it’s time to move on to some advanced capabilities of digitally steerable technologies. 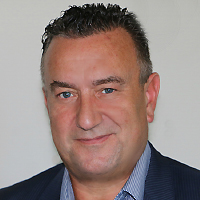 Inside the development of variable multi-axis control of acoustic energy and output via mechanical design rather than employing drastic DSP.

The launch of a free, web-based platform designed to make the cross-rental process quick and efficient.

AHM-32 and AHM-16 join the flagship AHM-64 and are supported by comprehensive ecosystem of scalable I/O, control and Dante connectivity.

Electro-Voice is expanding its portfolio of large-venue loudspeakers with the MTS series that are designed to deliver an unmatched combination of tremendous output and ...read more →

Video Wall Options: How To Choose Among Them?

A guide through the selection criteria of video walls as well as a general overview of their operation and advantages.

Inside the design of a new single-diaphragm device operating at 300 Hz to 20 kHz without a midband crossover.

Audio systems are tailored to enhance the guest experience, designed by Encompass AV to deliver high-quality sound across the venue’s many settings.