An additional set of common live mix mistakes and experienced input on how to solve them.

In a continuation of my previous article (here), I’m taking a look at five more of the most common live mix mistakes I’ve encountered when attending gigs as an audience member and offering some potential solutions to these everyday issues.

Excuse me while I kiss this guy. It still surprises me when I go to gigs where either the vocals can’t be heard or they’re so buried in the mix that it’s impossible to make out what they’re saying.

The vast majority of music performed by bands at gigs is song-based, and arguably the most important element of song-based music is the lyrics. So if they can’t clearly be heard above the band then the full artistic vision of the artists is not being adequately conveyed – and that’s often the fault of mix engineers.

We all know that there’s a limited amount of gain that can be applied to any given microphone before feedback is inevitable and there’s no magic solution to this issue, but there are a number of things that can improve the chances of getting the vocal heard.

The battle against feedback starts at the very beginning. The positioning of the loudspeakers and the initial reflections can have a huge bearing on this issue, so try to keep microphones behind the main loudspeakers and exploit the polar patterns of the mics to best position any monitors. 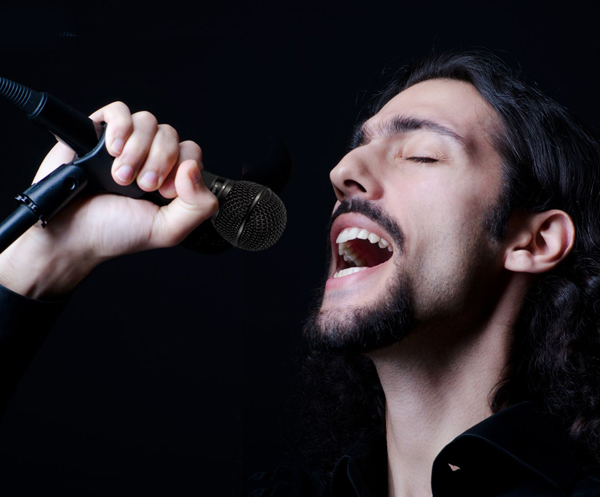 The tuning of the PA can also help you out. I always ring out the system using the vocal mic placed in the most likely position it will be in during the show, but if I anticipate a particularly troublesome room, then I EQ more extremely than a properly treated room (that has decent separation between the stage, the room and the PA).

If you’re doing monitors from front of house, try cloning the main vocal (using either a Y lead or via soft patching) and treat the copy sent to the monitor with less EQ and compression than the copy that’s going to the PA. Another classic trick is to invert the polarity of the vocalist’s monitor send, as this will invert any standing waves and might just shift a troublesome frequency out of the mic’s path.

You’re miking up the floor! This is a common issue and most of us (me included) have been guilty of perpetrating it at some time. The situation is as follows: you have limited resources and the band just turned up with a full horn section that no one warned you about and now you’re short a mic stand or two. So you have a bright idea: “What if I take the stand on the guitar amp mic and wrap the cable round the handle so the mic dangles in front of the amp? Brilliant!”

To find out why this is a bad idea, you only need to look at the polar pattern of most mics commonly used on guitar amps. Any signal entering the side of a Shure SM57, for instance, is going to be 6 dB quieter than if it were the same distance from the end of the mic – and that’s at 2 kHz. As the frequency increases, the sensitivity drops off to -10 dB (at 4 to 8 kHz). Therefore you’re getting a weaker signal which means inevitably having to increase the gain and thus increasing the risk of feedback. 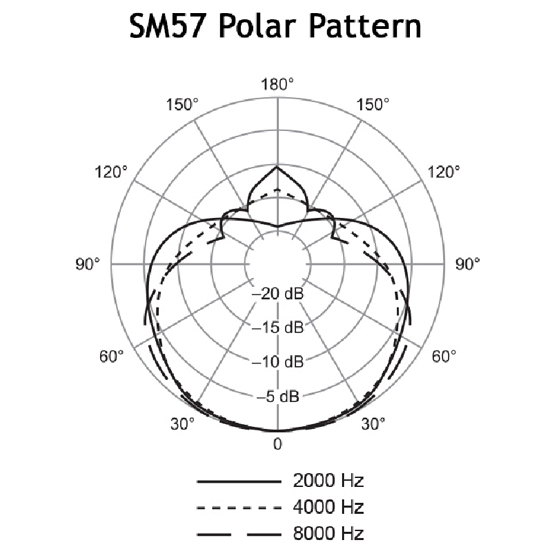 In addition, you’re getting a less consistent frequency response because the end of the mic (i.e., where the signal should be) is pointing down at the floor, so in effect you’re miking up the floor. I once saw an engineer do this while the guitar amp was sitting on top of the bass amp and he couldn’t figure out why the bass was still so loud, even when the bass channel was off!

The engineer’s best friend can help us out when we’re short of mic stands; yes, I’m talking about gaffer tape. Drummers often have too many cymbal stands so they can easily be pressed into service as impromptu mic stands, and I’ve even taped mics to chairs in the past – it might not look pretty but it sounds much better than miking up the floor.

Andy Coules is a sound engineer and audio educator who has toured the world with a diverse array of acts in a wide range of genres.
All Posts
PrevPreviousPSW Top 5 Articles For May 2016
NextIn Profile: Stan Miller, Continuing To Explore The PossibilitiesNext
Study Hall Top Stories
Explore All Study Hall