I’ve been a professional audio engineer for 40-plus years and a musician for 10 years more than that, and during that time, I’ve witnessed hundreds of shock events on performance stages, recording studios, and even factory floors.

A survey I ran on ProSoundWeb a few years ago revealed that 70 percent of the 3,000 musicians who responded had been shocked at least once on stage – some so severely that they were knocked unconscious.

I’ve also witnessed dozens of ground-fault current events where signal cables interconnecting sound gear plugged into different electrical outlets mysteriously arced, sometimes turning red hot and melting before my eyes. The cause of most of these (usually guitar-to-microphone) shocks appears to be from incorrectly wired electrical outlet grounds or damaged extension cords.

Yet while a broken-off ground pin on a power cord is the obvious culprit in most home or stage shock situations, many power outlets show they’re wired correctly when checked with a 3-light outlet tester or even a voltmeter reading between H-N, H-G, and N-G, yet still present a shock hazard. Standard outlet testing methods fail to reveal one of the most dangerous miswiring situations possible, which I refer to as the “Reverse Polarity Bootleg Ground” (RPBG), as seen in Figure 1. 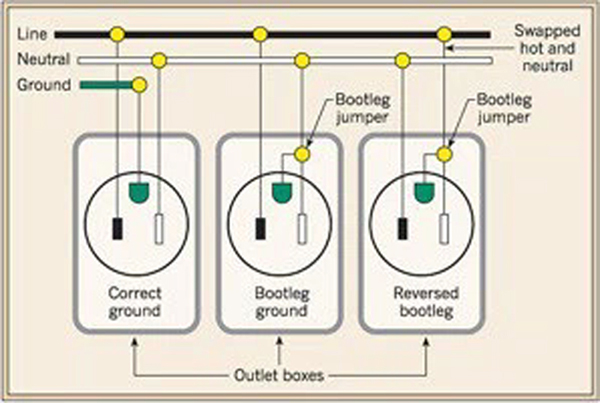 As the illustration shows, a bootleg ground (or false ground) occurs when an ungrounded electrical outlet in an older building or stage has been improperly upgraded to a modern NEMA 5-15 or 5-20 grounded outlet.

Because sound stage, office building, and home wiring installed before 1965 didn’t require a safety ground, there’s no easy way to install a grounded NEMA 5-15 outlet. Per Section 250.130(C) of the 2011 NEC (National Electrical Code), in that situation, a GFCI (Ground Fault Circuit Interrupter) outlet should be installed with the ground wire unattached.

—A grounding-type receptacle, if GFCI protected and marked “GFCI Protected” and “No Equipment Ground”

However, the Code states this outlet must be clearly marked on its front as being ungrounded. Because GFCI breakers don’t need a ground wire to function properly, this type of outlet isn’t a shock hazard.

Even if the chassis of an instrument or appliance becomes electrically energized due to a high-pot failure, for example, anyone touching it and ground simultaneously would exceed the 4 to 6 milliamps (mA) GFCI trip threshold and be protected from electrocution.

Some electricians and “DIYers” take shortcuts when replacing receptacles on older stages and in residences by installing a grounded NEMA 5-15 outlet and strapping the ground screw to the neutral screw on back of the outlet, creating a classic bootleg ground situation.

Although this practice is a Code violation, it occurs more often than you think. And because many electrical inspectors rely on a simple 3-light “cube” tester to verify correct wiring connections at outlets, RPBG outlets can go undetected.

With A 3-Light Tester

An RPBG outlet will test as being correctly wired using any 3-light tester (Figure 2), because there’s no reference to actual earth potential. What makes an RPBG outlet so dangerous is that any sound gear (guitar amplifier), appliance (refrigerator), or even an RV or boat plugged into an RPBG outlet appears to operate normally. 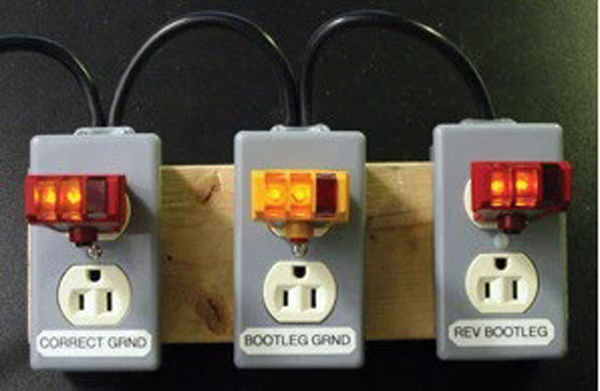 But the chassis of the “grounded” appliance is now directly connected to the “hot” wire in the outlet with a low-impedance current path, and anyone touching the body of the appliance will be electrically biased to a full 120 volts. That situation itself is not dangerous due to the “pigeon on the power line effect.”

However, if a person touches the strings of the guitar, door handle on the refrigerator, or metal door of the RV that’s plugged into an RPBG outlet while also touching anything that’s correctly earth grounded, they will receive a potentially deadly shock (around 100 mA of current at 120 volts). Just 10 mA of current through your body will result in a painful shock, and 100 mA of current for a few seconds is probably lethal if not immediately treated by a defibrillator.

Note that these potential shock currents flow through the ground contact of the outlet, and avoid the neutral and hot contact current paths. So any GFCI outlet wired on a branch circuit extension downstream of an RPBG outlet will probably not sense unbalanced H-N currents and thus won’t trip as designed.

In fact, because the GFCI can’t disconnect its own ground contact from the now electrified ground wire, even if it trips, there will still be the full branch current available for the ground fault path up to the circuit breaker trip current (typically more than 20 amps). 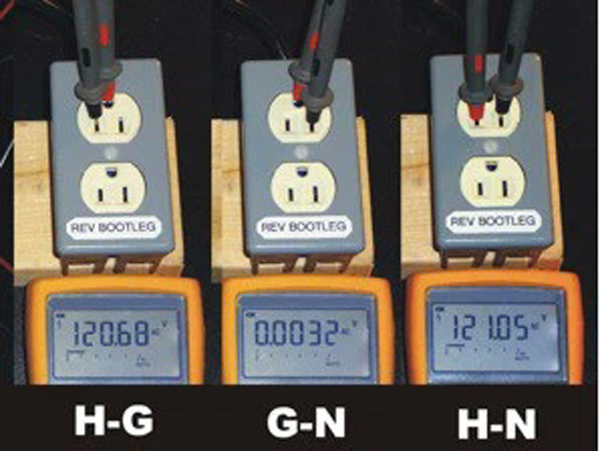 Figure 3: Even a voltmeter will fail to identify a reverse polarity bootleg ground outlet if you simply measure from hot-to-ground, ground-to-neutral, and hot-to-neutral.

Don’t be mislead that a voltmeter is any “smarter” than a 3-light cube tester. Simply measuring from H-G, G-N, and H-N using any analog or digital voltmeter shows that an RPBG outlet will appear normal (Figure 3).

The only hint there’s a bootleg ground is that the G-N reading will be very close to 0 volts, while in a loaded branch circuit with correctly isolated G-N outlets, you’ll likely see at least a half to a few volts difference between ground and neutral due to voltage drops in the neutral bus.

With An Impedance Tester

Now that we know a 3-light tester and a voltmeter can’t identify RPBG outlets, what other device can we try? A ground loop impedance tester, perhaps? Although it can properly identify a bootleg ground due to the G-N impedance being too low, it also cannot identify an RPBG.

In Figure 4, the ground impedance tester is indicating a false (F) bootleg ground, but the device can’t tell if the outlet has correct polarity or reverse polarity. It only indicates the false ground with a flashing (F) because the ground-to-neutral impedance is too low.

But if an RPBG outlet is feeding an extension outlet on that same branch circuit, the extra resistance of the added wire length would fool the ground impedance tester, indicating 100 percent Code compliance. 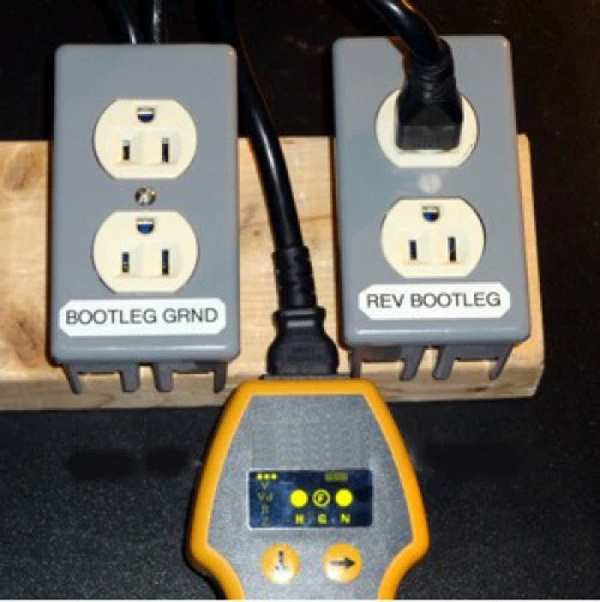 Figure 4: A ground impedance tester can identify a receptacle with a bootleg ground, but it can’t tell if the outlet has correct or reverse polarity.

Even a visual inspection of a “properly wired” extension outlet fed from an RPGB outlet probably wouldn’t turn up any obvious problems. Note that its neutral and ground connections are both at 120 volts with respect to earth potential.

A Testing Solution That Works

The gold standard method to identify this sort of miswired outlet is to use a voltmeter connected to a known good earth ground to test each hot, neutral, and ground conductor in all outlets. But in reality, this type of test isn’t done except perhaps as part of a post-accident forensics investigation.

When this tester is used on a properly wired outlet, you’ll hear a beep or see a light only when its tip is inserted in the “hot slot” of an outlet. 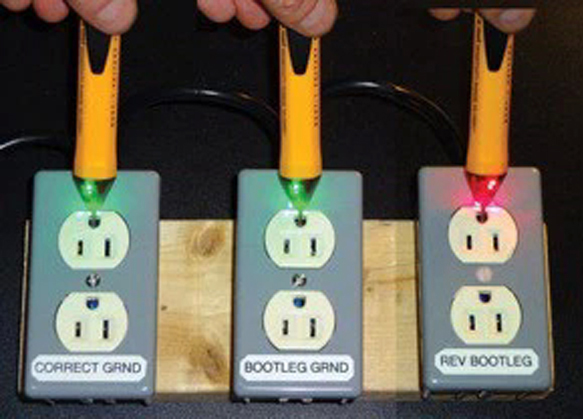 Figure 5: A simple non-contact voltage tester will beep or light up inches away from the face of an outlet that has been miswired in a reverse polarity bootleg ground arrangement.

However, when this type of tester gets anywhere near the front or ground contact of an RPBG miswired outlet, it typically beeps/lights from inches away, because the internal ground strap in the outlet will be biased to 120 volts, which provides a large electrified surface area (Figure 5).

The green light on the left and center outlets indicates no or low-voltage (under 40 volts), while the red light on the right outlet indicates a hot ground condition (typically more than 40 volts for most standard sensitivity NCVTs).

Although using a DMM to test between a known earth ground to each outlet contact is the gold standard, adding this NCVT check for RPBG outlets to your test procedure could save lives and dollars.

Mike Sokol does sound system design and training for JMS Productions, his consulting company in Western Maryland. Visit www.livesoundadvice.com for his educational articles and videos, and email him at [email protected] with comments and suggestions.
All Posts
PrevPreviousBest Threads: What’s Your Problem?
NextDirect Box Primer For Live SoundNext
Study Hall Top Stories
Explore All Study Hall