Sennheiser And Neumann To Introduce New Products At NAMM

At NAMM 2017, Sennheiser and Neumann will expand their live performance and monitoring portfolios with the introduction of several new products.

Visitors to Hall A, Booth No. 6577, will be the first to see the Sennheiser XS Wireless 1 and XS Wireless 2 radio microphone series, as well as the Neumann KH 80 DSP monitoring loudspeaker.

Sennheiser will also be launching the new HD 200 Pro headphones, alongside new frequency variants for the evolution wireless 300 G3 and 500 G3 series for the USA and Canada. While exploring the latest tools for the stage and the (mobile) studio, visitors will be able to enjoy live performances at the booth.

NAMM 2017 will see Sennheiser launch XS Wireless 1, a series of six wireless microphone sets for the budget-conscious user looking for ease of use and fast set-up. The audio specialist will also preview XS Wireless 2, which will become available later in 2017 and take the benefits of XSW 1 further.

Also, the evolution wireless 300 G3 and 500 G3 series will be expanded with new A1 frequency variants (470 to 516 MHz) for the USA and Canada. For those who love to use their monitoring headphones for listening to music, too, Sennheiser will be launching a new solution – the HD 200 Pro headphones.

As well as presenting its AMBEO VR Mic, an Ambisonics microphone designed especially for the VR community, Sennheiser will be helping users explore and embrace the possibilities of its AMBEO technologies with a focus on its AMBEO Music Blueprints website.

This resource helps users learn how to record, mix and deliver live music as an immersive 3D audio experience. There will be daily Blueprint demos at the booth, taking the audience through the workflow recommended to create 3D music for headphones (AMBEO for Binaural), for VR content (AMBEO for Virtual Reality) and for 9.1 loudspeakers (AMBEO for loudspeakers). The AMBEO area will showcase its AMBEO Music Blueprint microphones, namely the Neumann KU 100 dummy head, the AMBEO VR mic and the Sennheiser MKH 800 Twin.

Sennheiser will also be presenting mobile recording microphones designed in collaboration with Apogee Electronics. Besides the ClipMic digital and MKE 2 digital for iPhones, the most prominent member in the line is the new MK 4 digital for music recordings on iOS and USB devices. Meanwhile, for GoPro users, Sennheiser’s upcoming microphone for GoPro HERO4 cameras, the MKE 2 elements adds sound to the footage delivered by the HERO4.

At the booth, a dedicated area with Neumann monitor loudspeakers ranging from the new KH 80 DSP and the KH 120 and KH 310 nearfields to the KH 810 subwoofer will provide ample opportunity for A-B testing various set-ups.

Sennheiser will continue its tradition of presenting a roster of musical talent at its booth stage during NAMM 2017. Featuring both established musical acts as well as up-and-coming talent, this year’s artists include singer-songwriter Marcus Eaton, jazz funk blues rockers Ari and the Alibis, country pop duo Dixie Jade and many others at the booth (Hall A, 6577).

Neumann.Berlin is a sponsor of the fifth annual She Rocks Awards at NAMM, organized by The Women’s International Music Network (WiMN). Paying tribute to women who stand out within the music industry, the awards celebration will take place on Friday, January 20 at 7p.m. at the Anaheim Hilton Hotel.

Sennheiser and Neumann are looking forward to the NAMM TEC Awards, which will be held on Saturday, January 21. While Sennheiser was nominated for its Wireless System Remote (WSR) application, the HD 25 PLUS professional headphones and the new evolution wireless G3 systems in the A1 band for the USA and Canada, Neumann.Berlin received a nomination for its ‘Neumann in the Home Studio’ educational microsite. A special honor for the studio specialist: The Neumann U 67 tube microphone will be inducted into the TEChnology Hall of Fame, which recognizes audio products and innovations that have made a significant contribution to the advancement of audio technology.

Visit Sennheiser and Neumann in Hall A, Booth No. 6577. 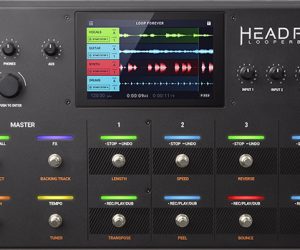 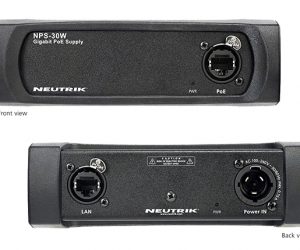