VUE Audiotechnik announces Vario as its latest member of the U.S. partner network with the purchase of a sizable VUE inventory that includes al-4 and al-8 line array systems.

The addition of VUE line arrays will bolster Vario’s growth trajectory by opening new opportunities for their full-service operation that includes video, lighting, and staging, as well as system design and installation services.

Based in San Diego, Vario was formed by partners Tim Altbaum and Eric Mueller, who previously operated independent companies in the territory. In 2015, the duo pooled their collective resources and expertise as a way to better serve an expanding client roster while expanding into larger and more diverse production.

The collaboration worked, and just four years later Vario is enjoying rapid growth, with a client portfolio that includes names such as Cox Business, Illumina, Fix Auto, Vistage, Ashford University, and Mitchell, and robust production capabilities for everything from outdoor festivals to corporate galas, keynotes, and even fixed installations. 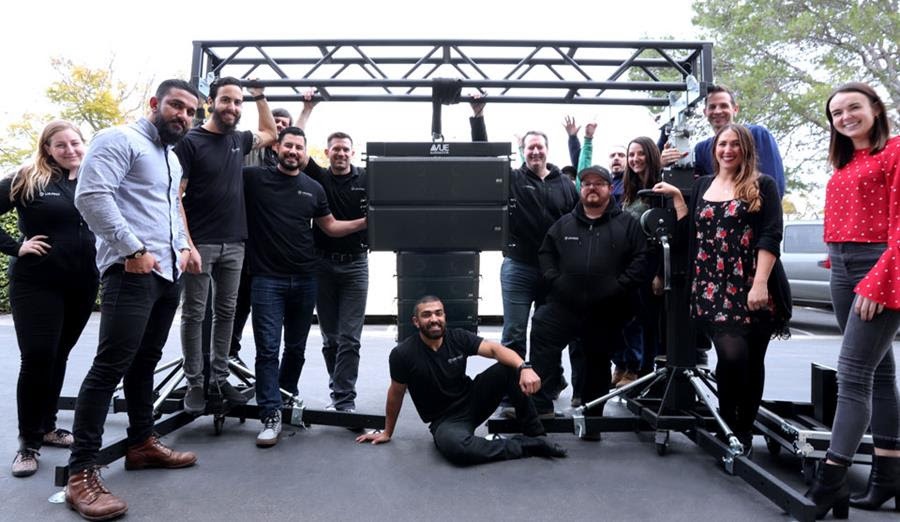 For VUE, the addition of Vario is the latest in a flurry of strategic network expansions around the globe, following a record 2018 that saw al-Class line arrays on tour with Kendrick Lamar, Janet Jackson and Third Eye Blind, as well as at international events such as Grammy Fest Beijing, Bottlerock NAPA Valley, Gold Rush, and Boston’s HubWeek. With this purchase, Vario joins a rapidly expanding U.S. network of al-Class partners that, in just the last few weeks, has also welcomed Myers Concert Productions in Nashville, Harmony Event Productions in Santa Fe Springs, and Metro New-York/Tri-State Dynamic Productions.

According to Vario owners Altbaum and Mueller, there were two main objectives driving the VUE purchase. First, they wanted to address larger and more demanding productions with state-of-the-art sound quality that would appeal to national talent. Second, they needed a highly versatile inventory capable of further extending their reach into a broad mix of event types and sizes.

“We looked at all of the major brands – six or seven of the most recognizable names in the business – but VUE instantly stood out in terms of versatility and output,” explains Vario’s director of operations and staging, Lucky Pathak. “We can literally mix the al-4 and al-8 elements together into hybrid configurations while the acoustic line and voice remain fully intact. This versatility allows us to easily scale up or down as needed and helps us cover 95% of our projects with an all-VUE configuration.”

Pathak continues, “I’m also really impressed with how the cabinets sound in terms of flat line eq. It’s a true ‘clean slate’ with tons of horsepower and a near limitless top end. I notice this most in the al-4 because it’s physically so small, yet the output seems almost boundless by comparison.”

For Eric Mueller, Vario’s president and co-founder, post-sale customer service was also a critical factor that pushed him squarely into the VUE camp. “VUE is right in our back yard. Throughout this entire process, we’ve had amazing access to everyone on the team, regardless of title. From the designers to the owners, the support has been very high level and very personal. The ‘family feel’ at VUE really resonates with us because that’s how we operate our own business. It’s a good alignment of cultures.”

“Vario is exactly the type of team we look for – disruptive, energized, and willing to look beyond the status quo to differentiate and build their business,” adds VUE COO, Sara Elliot. “Tim, Eric, Lucky, and the whole Vario crew recognized immediately that our systems are designed for professionals exactly like them. Those who need tools that enable growth potential while delivering memorable performance advantages that ‘wow’ clients and help their business stand out. We’re excited to partner with Vario and help them take their business to the next level.”