Roland has announced that the R-05 WAV/MP3 compact digital recorder is now shipping.

The R-05 provides uncompressed stereo recording directly to SD cards with up to 24-bit/96kHz resolution. Record directly with the built-in stereo microphone, or capture sounds from an externally connected microphone.

For stereo field recording, the new Roland CS-10EM binaural microphone/earphones are a suggested companion – the user can wear the microphone-equipped earphones to capture or monitor the surroundings.

Specified regions of audio can be looped, and the playback speed can be adjusted without causing a change in pitch.

Rehearsal mode automatically sets the optimum recording level, and the R-05 can also simultaneously record WAV and MP3 files of the same performance.

The R-05 allows for easy file transfer with computers via USB 2.0, and also enables users to conveniently trim, divide, and combine audio files within the recorder itself. In addition, the unit is equipped with built-in reverb. 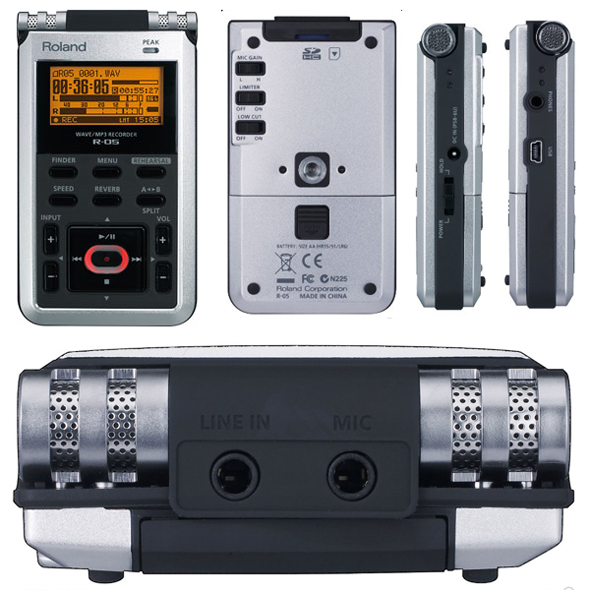