Last spring, Sennheiser launched the new XS Wireless IEM system (XSW for short) that’s designed primarily for entry-level artists and technicians looking for in-ear monitoring without breaking the bank. With features that match up with the Shure PSM300, and for a starting price of $599, it’s a pretty tempting offering. I’ve had the opportunity to put an XSW system through its paces over the summer and give you my thoughts on how it stacks up.

Much like other products from Sennheiser, the XSW packaging is primarily plastic free, with the company opting for recyclable paper-based packaging. The upside, in my experience, is that they’re much easier to open than plastic packaging while not sacrificing any protection. The interchangeable power connectors are the exception — they’re still in plastic.

There won’t be issues installing the transmitter in racks or cases at half a rack width wide, primarily because Sennheiser includes hardware brackets. Not only do they include parts to install it by itself, but should a user purchase two systems, there’s a plate included in the box to attach them. While this has been relatively standard practice for the company’s wireless products over the years, it’s nevertheless appreciated.

I also love that Sennheiser includes AA batteries, which are great for getting up and running quickly. It’s a small thing, but it has saved me in the past. The nicest accessory, in my option, is that the system comes with the set of earbuds. In my listening tests, they sounded balanced (if a little on the boomy side for my liking) and were perfectly comfortable for my ears. They get two thumbs up for something included in an “entry-level” IEM system.

With the product in hand, I immediately noticed the lack of metal on the receiver, save for the belt clip. The plastic is very nice; it doesn’t feel cheap or flimsy. However, I don’t think I would want to subject it to too harsh of an environment for fear of the housing cracking.

On the subject of the receiver, I sound it felt rather “chunky,” and that it was larger and heavier than other beltpacks from the company; for example, in comparison to the EW1/3/500 or EW-D. Depending on personal preference, some artists may not like this. Bu it didn’t seem to be an issue for my testing purposes.

On to how it performs in the field. I used the XSW system on a series of small outdoor concerts over the summer and a colleague of mine deployed it in a couple of theatre shows he was working. I found the menus on both the transmitter and receiver to be very easy to navigate, with the new layout reducing the number of sub-menus to go through. If you’ve used Sennheiser’s more recent products, they will feel very familiar, albeit with some IEM-specific menu items added.

You also can choose from a preset selection of frequencies if you don’t have the time or don’t want to worry about setting your own, which is very useful for integrating into larger systems where preset frequencies might not play nicely with existing gear.

Set up was very straightforward. Two XLR cables out of my mixer into the transmitter – by the way, thank you, Sennheiser, for making them combo XLR/TRS jacks. Big win for versatility – sending a vocal mix and the singer’s preferred instrument mix to each channel.

We were off to the races with a tap of the sync buttons on the transmitter and receiver. I ended up using just one of the transmitters’ preset frequencies since we were in an environment where I wasn’t concerned with RF interference.

One highlighted feature of the system on the company website and in the documentation is “focus mode.” Essentially, this allows a performer to set the balance between two sources at the receiver level by using the pan feature.

Users will want to have two separate mono feeds going to each transmitter channel for this to work. They can be summed together in the listener’s ears in focus mode and then be mixed using the pan function on the belt pack to turn whatever is coming in on the “left” channel up and whatever is coming in on the “right” channel down. Our performers found it quite helpful, as they could dial in the mix they wanted rather than having to get my attention and signal whether they wanted more or less of themselves in their ears.

It’s my impression that the XSW system is significantly louder in comparison to the Sennheiser G3 IEM systems I’m used to working with. My colleague who used it on a theatre show agreed with this finding, positing that it may be a newer and larger headphone amp built in.

When paired with the included headphones, the sound was balanced and complete but not overly muddy, which I like to see, and was something echoed by the performers who used it. However, the high EQ boost was a little too harsh for me, and several people who used the system said the same thing. One of them also mentioned he would have liked an option for a low EQ cut setting rather than a high boost setting.

In conclusion, for an entry-level IEM system, I don’t think can do much better than the XSW. Good sound quality, easy setup, reliable and versatile. Including everything in the box needed to get going with the system was another major plus for me. While there are hints that it was built to meet a price point, in my opinion, it doesn’t detract from the usability or quality of the system. 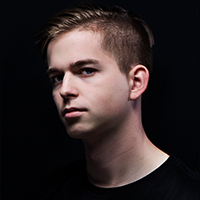 Kyle Jensen is a sound designer and audio engineer based in Rochester, NY. He graduated from American University with a Bachelor of Arts in Audio Production, and while there received an Outstanding Theater Sound Mixing Award. Notable design credits include How to Succeed in Business (American University), Chicago, Cabaret, and the regional premieres of Tuck Everlasting and Bright Star (Southeastern Summer Theatre Institute). He’s an affiliated professional member of the Theatrical Sound Designers and Composers Association (TSDCA) as well as an associate member of the Association of Sound Designers (ASD).
All Posts
Reviews Top Stories
Explore All Reviews