The iconic L.A. studio, which has been the center of many classic recordings since the late ‘60s, will remain active while also giving artists, engineers, fans, and more the opportunity to own a piece of recording history.

The Sound Factory was already a working studio when David Hassinger bought it in 1969, but the engineer and producer — known for his work with the Rolling Stones, Jefferson Airplane, Sam Cooke, and CSNY — brought a new level of craft to the building.

Throughout the ‘70s, country rockers like Gram Parsons and the Flying Burrito Brothers, Jackson Browne, Linda Ronstadt, and more recorded in the studio. Warren Zevon’s Excitable Boy, the artist’s largest-selling album that featured “Werewolves of London,” was created there as well.

In 1981, the studio was purchased by Salvatore “Tutti” Camarata and his son Paul Camarata, who were also running the legendary Sunset Sound recording studio where The Rolling Stones, Led Zeppelin, Van Halen, and Prince were making seminal albums. The Sound Factory went on to record Toni Basil’s “Mickey,” Tom Waits, and T Bone Burnett in the ‘80s, as well as Belle and Sebastian, Sheryl Crow, Beck, Marilyn Manson, Ryan Adams, Red Hot Chili Peppers, and John Legend throughout the ‘90s and 2000s. 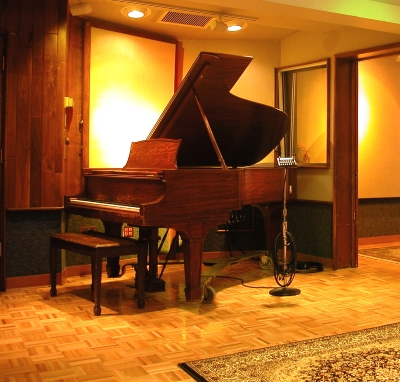 Two albums that Camarata, who co-owned The Sound Factory until last year, is particularly proud of recording at the studio are the last records from both Glen Campbell and Johnny Cash. He told Reverb, “There were some really historic records both from us and the previous incarnation of Dave Hassinger that were done at Sound Factory, and a lot of that gear that we have for sale were used in the production of those records.”

Among the items for sale in the Techno Empire Reverb Shop are the studio’s original Steinway B7 Grand Piano and Doug Sacks custom-tuned “Big Red” Altec monitors. The shop will also feature a large collection of vintage API EQs, DBX compressors, outboard effects units, and more.