So where do we start in this pursuit of the “best” in all aspects of instrument mic'ing?

Long ago, an old sound guy imparted to me words of wisdom about the optimum way to mic instruments: “Pick your best microphone, put it on your best stand, place it in the best spot, point it in the best direction, and hope for the best.”

That statement seems a bit trite, but it also contains truth. So where do we start in this pursuit of the “best” in all aspects of instrument mic’ing?

While it’s true that vocal mics can do double duty on instruments, few do both jobs well. Simply put, vocal mics are optimized for voice – many have a presence peak, or a boost in a band of upper midrange frequencies. This enhances the articulation and intelligibility of voices, but when applied to instruments, it can add coloration that’s detrimental.

Vocal mics also tend to roll off lower end frequencies (below the voice range) to help eliminate handling noise and stage rumble, which is not a great characteristic if you want to use the mic on instruments that produce low frequencies. General-purpose instrument mics with a flatter and wider frequency response supply a more natural and realistic sound of the instrument to the PA.

A step above the general instrument mic are those optimized for particular types of instruments. They have tailored responses and features like custom mounting clips and/or adapters to meet the needs of specific applications. The downside is that they might be so specialized that they’re ill-suited for most other uses.

Rugged and reliable, dynamic models are still the most common. They work on the principle of electromagnetic induction, similar to a loudspeaker but in reverse. Dynamics used to come in just two flavors: medium and large diaphragm, the latter intended for instruments that produce bass frequencies.

But today, a host of small-diaphragm dynamics are available to be tucked into tight spaces, nestled between drums, and clipped on to instruments.

Condenser designs have gained in popularity, with lighter diaphragms that can respond more quickly, making them very well-suited in reproducing a wide range of frequencies, particularly those at the higher end of the spectrum. The downside is that the diaphragm is not connected to a coil mass and thus require a power source (phantom power or batteries).

With both dynamics and consdensers, the size of the diaphragm is usually a good indicator of intended use. Larger ones are usually geared toward instruments that produce lower frequencies, but that too is changing, with some smaller diaphragm designs now also excelling in the lower registers.

The vast majority of instrument (and vocal) microphones are unidirectional, with pickup patterns including cardioid, supercardioid and hypercardioid. In general, they reject sounds from directions other than the front (at various degrees), and this is highly desirable given all of the noise on a typical stage as well as from the house.

Omnidirectional designs “hear” equally well in all directions, which can be problematic in noisy environments but can be effective in providing added ambience and dimension with more subtle productions, i.e., acoustic, largely unamplified. The sensitivity rating tells us the loudness of the mic’s output. The lower the negative dB number, the louder the output. For very soft instruments, choosing a mic that has a louder output may keep you from having to crank up the preamp and raising the noise floor on that channel.

The old sound guy said to pick the best, and in this Real World Gear look at instrument mics, we present a host of viable options fitting that criteria. Of course, the final choice is up to you.

Craig has worked in a wide range of roles in professional audio for more than 30 years in a dynamic career that encompasses touring, theater, live televised broadcast events and even concerts at the White House. Currently he owns and operates Tech Works, a regional production company that focuses on corporate events based in Reno.
All Posts
Real World Gear Top Stories
Explore All Real World Gear 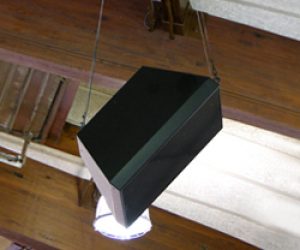 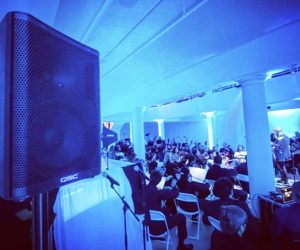