Interviews with producer-engineer Rob Fraboni and promoter Dick LaPalm on the recording sessions for a legendary album...

From the March/April 1974 issue of the late, great Recording Engineer/Producer (RE/P) magazine, interviews with producer/engineer Rob Fraboni and promoter Dick LaPalm on recording the Planet Waves album by Bob Dylan, supported by long-time collaborators The Band. The album hit number 1 on the U.S. Billboard charts—the first for the artist—and number 7 in the UK. It was recording in 1973 on November 2, 5, 6, 8, 9 at Village Recorder in West Los Angeles, CA.

R-e/p: Dick, how did you choose an engineer for the Dylan album?

Dick LaPalm: I left the decision up to Rob. I asked him who should do it. At the time we had three guys. Rob came back after a couple of days and said, “I should do it.” I said, “Fine.”

Rob Fraboni: Mainly because I was really familiar with Bob’s music, as well as The Band’s. I’ve been listening to them both since their first albums. I talked to the other guys, and it seemed like I was the most familiar.

R-e/p: Dick, do you feel that familiarity with the music is essential for a mixer?

Dick LaPalm: Engineers are much like a medical specialist. I just don’t think that every engineer can do every kind of music. I think this guy might be a hell of a lot better to do an R&B date, as opposed to a Country & Western date.

I think there’s a hell of a lot more to it than just knowing that board. I think it has to do with gut feel, and feeling for the music itself. 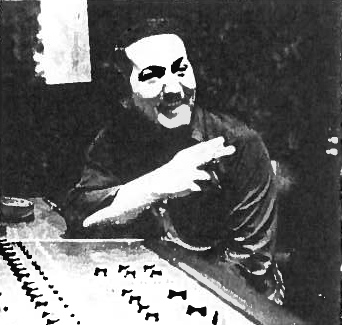 R-e/p: Rob, did you listen to their stuff before the sessions? Did you go home and prep on it?

Rob Fraboni: No, I didn’t. I make sure not to do that. You’ve got to approach things fresh; that’s the way I feel. After we mixed the album and it was all done, then I went and listened to his records. I didn’t want to be influenced before the sessions. I just wanted to do it fresh, and that was what they wanted, too, Dylan and The Band.

R-e/p: Was there anything unusual about the way Dylan and The Band work which would affect the choice of an engineer?

Dick LaPalm: We talked about engineers. The one thing they wanted was a guy that not only knew the equipment and respected it, but someone who could work really rapidly. Knowing how a Dylan works—the guy says, “Let’s do it now,” and he expects the engineer can do it, just like that, without fumbling.

R-e/p: Why did Dylan and The Band record at Village? What did you have that made it just right for them? 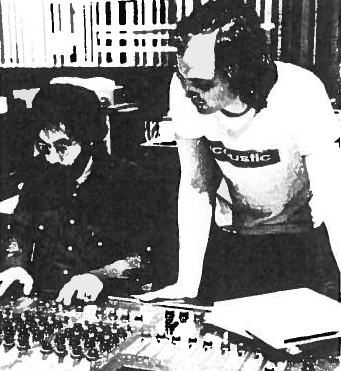 Rob Fraboni: One thing, the room was right for them. As far as the size, they really liked that. And as far as the control room is concerned, they just wanted something that sounded good. It could have been done at a number of places, but we had a combination of things: the room, the security and the location.

They liked the idea of being out of town (The Village Recorder is situated in West Los Angeles, about 10 miles from Hollywood). When we actually got down to the mixing, Robbie was comfortable with what he was hearing, and that was the really important thing.