Following the launch of the active K Series at last year’s Prolight + Sound, QSC Audio has gone a step further with the introduction of the KW Series.

Building on the same successful platform as the ABS-molded K Series (which it is designed to complement), the KW Series has been engineered to produce the same high-quality performance, but this time in a second generation wooden enclosure.

The KW Series shares the electronic attributes of the K Series, including the same 1,000-watt Class D power modules (2 x 500 watts) and DSP.

In addition, the KW Series features GuardRail protection, first introduced on QSC’s GX Series amplifiers, which prevents the amplifier module from unnatural and destructive clipping, while the full-range models also include a four-position Mic/Line gain switch.

M10 rigging points enable suspended installation of the full-range models, while the KW122 can also function as a stage monitor.

KW Series features a four-position mic/line gain switch that allows for connection of a wide variety of devices.

Combo XLR and 1/4-inch TRS inputs accept both mic and line level input while a set of RCA phono inputs (except KW181) allow additional connectivity to portable MP3 players, CD players and line-level mixers.  Up to three audio sources can be mixed internally and summed to a balanced output for ‘daisy-chaining’ of multiple units.

Separate direct outputs are also provided on each channel for additional output flexibility.

The rear panel LED switch can be set to POWER, illuminating the front-mounted LED when the unit is powered on, OFF for applications where it is not desirable to illuminate the front LED, or LIMIT which indicates to the system operator that the clip limiter circuit has been engaged during operation.

The new KW Series will begin shipping in the Summer of 2010. 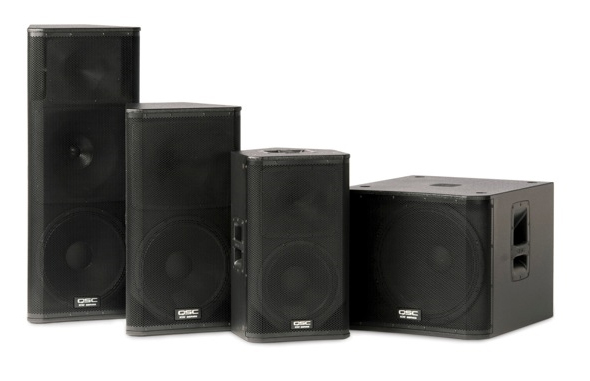