Put Another Nickel In: The History & Development Of The Jukebox

For a generation, the jukebox at the local hang-out was the only place that some of the “hippest” and latest rock and roll could be heard.

Somewhere in its early years, the coin operated record player acquired the name “jukebox.” There are several theories about the origin.

The most accepted is that the word “juke” is a corruption of the word “jook,” an African American slang term for dancing. The source of the music for this dancing would have been called a “jookbox.”

A second version is that “jook” meant “sex” which may have made sense since brothels were some of the first establishments to install jukeboxes, thus replacing the piano player. A third source of the word may have been from the term “jute,” or “jute joints” where jute pickers would relax, drink and dance.

Whatever the source of its name, the jukebox of the 1920s was generally associated with “speakeasies” and the “low-life” of prohibition since they were featured entertainment in such places.

To pay to hear a record played first started through the entrepreneurial activities of carnival and penny arcade operators who made their own recordings and then charged admission to hear them on the newly invented gramophone. It was in response to requests by this group of users that the phonograph/gramophone manufacturers began to produce prerecorded product.

This was an unexpected life-line for the Columbia company that in 1890 seemed headed for liquidation, because the intended use of the phonograph as a dictating machine had been a dismal flop. Columbia and Edison began to realize that their market was somewhere else. They also recognized that in order to sell players, they had to produce and manufacture prerecorded product that the public wanted to hear.

Initially the preferred programs for coin-operated players were comic songs, bands, monologues, and whistling. The revenues from these “pay for play” machines was amazing in light of the fact that the quality was poor and the selection meager. In 1891, some machines earned up to 14 dollars a day—a lot of money at the time.

While accepting there was a market for coin operated carnival players, Edison feared they might create the impression that the phonograph was only a toy. His worries were unjustified, since the showman-operated players cultivated a consumer appetite for recorded music and a desire for home players.

As the turn of the century approached, mainstreet penny and nickel arcades were becoming an increasingly popular center for entertainment. There were hundreds of different coin operated amusements. The most popular of these were those that played music. Into this market came the nickelodeon and the jukebox.

The first jukebox appeared close on the heels of the introduction of the phonograph. Louis Glas installed an Edison cylinder system at the San Francisco Royal Palace in 1889.

In 1906, the Automatic Entertainer, which used flat disks recently invented by Berliner, was introduced by the John Gabel Company. The system was entirely mechanical but required regular winding of its spring mechanism. It was popular in spite of the poor quality.

In Paris, at the Pathe Salon du Phonograph, patrons could choose a musical selection, which would be played for them from the floor below where there were a battery of players. As in San Francisco, they would hear their selection through long listening tubes connected to the player’s diaphragm.

Read More
How Long Do You Spend Mixing Tracks You've Never Heard Before?

Composer Claude Debussy, after hearing this system for a few coins, was concerned that the low cost of the disk and its availability would have the effect of cheapening the music. He did, however, acknowledge that the discs preserved a certain magic.

In 1913, Debussy wrote: “In a time like ours, when the genius of engineers has reached such undreamed proportions, one can hear famous pieces of music as easily as one can buy a glass of beer. Should we not fear this domestication of sound, this magic preserved in a disc that anyone can awaken at will? Will it not mean a diminishing of the secret forces of the art, which until now have been considered indestructible? “.

Debussy, like so many other classically trained musicians had fears that this new technology would impact on his beloved art, and probably his concert income. The jukebox and nickelodeon changed the way people heard the music of the day by placing it within reach of the masses.

Mechanical jukeboxes continued to be one of many amusement machines in these penny arcades, but in the late 20s with the introduction of the electric phonograph, motors and amplification, the modern jukebox became a reality.

In 1926, J.P. Seeberg, a Swedish immigrant to the U.S., invented an electric system that was coin operated and would play any of eight records. A year later, Automated Musical Instruments introduced its electric jukebox. Unlike their mechanical predecessors, that could only be heard by fee-paying patrons standing near the machine, these systems were capable of filling an entire room with sound. These innovations further popularized the jukebox, and so began the modern jukebox craze.

When the great depression occurred in the 1930s, the jukebox business became the one bright spot for the record industry. For the public, a nickel would pay for six plays and like the movies of the day provided a few minutes escape from the depression.

There were two other historical events that helped the jukebox gain prominence. First was the repeal of prohibition in the U.S. in 1933 meant that there were now tens of thousands of bars, clubs, and other drinking establishments that were installing jukeboxes for entertainment.

The second was the outbreak of World War II, and the relocation of millions of young soldiers to camps in far-away locations. For entertainment, the armed forces installed hundreds of jukeboxes in PX’s and service clubs all over America and overseas.

While these young people would have frequented their local jukebox back home, those machines would have had only a couple of types of music in the 24 available selections, and would have been chosen to suit the area and the jukebox’s clientele. 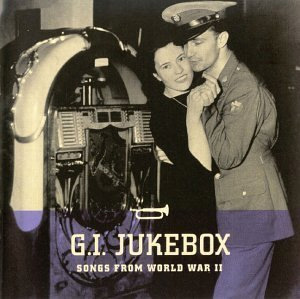 But the military jukeboxes were unique in that they were stocked with a range of music to satisfy the varied tastes of those who had come from every part of the country and ethnic background. American blues, gospel, country and pop records were all thrown together on military jukes that introduced GIs to all sorts of music that came from outside of their home community and culture.

Read More
In The Studio: Six Tips For Balancing The Bass And Drum Mix

Almost overnight, American regional music, never really played on radio before, was heard by those from every region of the country. Many of these young people were also musicians that would now explore, absorb, learn, appropriate, and embrace pop music styles they had never heard before. After the war this would have a significant impact on the coalescing of those musical roots that would form rock and roll.

Tom Lubin is an internationally recognized music producer and engineer, and is a Lifetime Member of the National Academy of Recording Arts and Sciences (Grammy voting member). He also co-founded the San Francisco chapter of NARAS. An accomplished author, his latest book is “Getting Great Sounds: The Microphone Book,” available from Amazon and a range of other sources.
All Posts
PrevPreviousSignal To Noise, Episode 44: Should You Go To School For Audio?
NextIn The Studio: The Top 10 Reasons Why Music Is CompressedNext
Top Stories
Explore All Study Hall