Music-industry VIPs, business-community leaders, and PreSonus employees, distributors, and dealers converged on Baton Rouge at the end of April to celebrate the grand opening of the company’s new headquarters.

“This new facility enables us to continue to grow PreSonus and at the same time improve the lives of our staff,” Mack stated. “Its architectural design enables us to work better as a team, be more productive and better create, market, and sell our products.”

“We now have the facilities to research, innovate, and develop the next generation of music and audio products,” Odom added.

Among the unique features is a specialized high-tech recording studio/R&D space that was custom-designed for PreSonus’ engineering and testing teams by the Walters-Storyk Design Group of Highland Park, NY. The 2,500-square-foot studio features a control room, a 500-square-foot live-sound room, two isolation rooms, a video-production suite, and five test labs, as well as a separate 1,500-square-foot live sound room.

The grand opening celebration used virtually every inch of the building, with live bands entertaining the crowd in the parking lot, the foyer, and the live sound room, as well as jamming in the studio. Featured performers included Tab Benoit (backed by Louisiana’s LeRoux, with Jim Odom on guitar), Edwin McCain, Briana Tyson, and Chris LeBlanc. 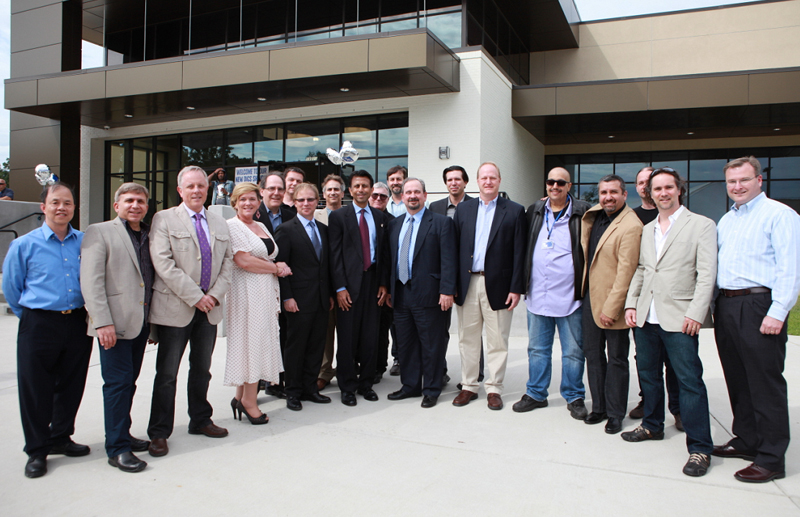 PreSonus employees, distributors, and dealers converged on Baton Rouge at the end of April to celebrate the grand opening of the company