Sixty-four of the unique low-frequency transducers powered by four Quattrocanli 4804 DSP+D amplifiers deployed at nightclub Our House in a new space paying tribute to EDM.

Powersoft Mover transducers are at the heart of a new nightlife experience at Our House nightclub in Amsterdam that allows visitors to take a dive into the culture and educational history of electronic dance music from its roots to the present day.

Based in city’s Rembrandt district, Our House has been a hub of the electronic music scene since the 1980s, and is now upholding its musical legacy by recently becoming a digital storytelling museum offering a 75-minute journey into the music genre via interactive exhibits, shows and performances that tell the story of how electronic music has evolved to become a global cultural phenomenon.

“When we came here, about two years ago, the place was very analog: There was a sound system, strobes, smoke machine and some LEDS – that was about it,” says Our House general manager Jeroen Jansen. “We wanted to rebuild the club with installations that could tell the story of over 40 years of dance music by using mixed technology. In order to revamp the venue and bring it to a completely new level, we received a lot of support from within the industry, including Powersoft.”

The venue’s overhaul had to be carefully considered, as it’s home to a popular nightclub, Club Air, in the evening while sharing the same space with museum-goers by day. The power of the amplifiers and Mover transducers are somewhat harnessed for effect in the daytime and more aimed at visually connecting to the video content, whereas at night-time the lower frequencies are ramped up on the dance floor to accentuate the music and bassline.

Jansen sought advice from Powersoft engineers to assess the number of required Movers to support the dancefloor structure they had in mind; the double-layered flooring needed to support 100 people and 12 tons of weight. They opted for 64 Mover units powered by four Quattrocanli 4804 DSP+D amplifiers. The transducer can be attached to a large number of objects and structures, including gaming chairs, entertainment venue seats, wall panels and, in this case, underneath the double layered dance floor.

“We came up with the idea of actively involving all technical elements that are associated with electronic music, like light, video, laser and special effects. We wanted movement from underneath people’s feet to form a completely immersive experience, created by a timecode content system,” states Jansen, who refers to the specifically designed content as “the connector of all the dots, bringing the tech together at musical pinpoints, like when the beat drops or the musical crescendo.”

The “double floor” construction consists of one hydraulic surface that can slide up and down 20 centimeters, and the secondary flooring on top. The latter has the 64 Movers attached, one to each floor panel, so it can be felt wherever the person is standing.

System integrator Lagotronics worked in collaboration with Our House to develop the “free fall” hydraulic floor system, which not only vibrates but drops downwards. “We add a special element that nobody expects, so it’s quite a shock to people when they are here; it creates a really unique experience,” adds Jansen.

The creative designer of the audio system, Joshua Dutrieux (JDX Music), was approached by Jansen and Fourmation, his entertainment company, with the brief to create something that would make the dance museum truly memorable: “I know Jansen from back in the days when we organised dance music events together,” says Dutrieux. “I come from a background of house music and hardcore, so I was very keen to be a part of this project.”

Dutrieux experimented with two Movers at his home, exploring the capabilities of its low-end frequencies: “I wanted to pinpoint frequencies to get the floor rumbling. I had all these audio samples and started tweaking the volumes up and down. Eventually the rumble made my jaw shake, and I thought, ‘Okay, let’s do this full scale on a dance floor.’”

Powersoft asserts that competitive products have an average four-year lifecycle whereas Mover has been tested rigorously in company’s laboratories to show that its lifecycle lasts closer to a decade. “Because of the massive force we can put on a Mover, it actually replaces four of the conventional products that have been used in the past, meaning that the product is very efficient,” explains Mark Kocks, business development manager at Powersoft. “The sensations created are unprecedented – all the visitors I’ve seen here at Our House were walking away with having experienced something new.”

All Posts
PrevPreviousWaves eMotion LV1 Mixer On Tour With Queensrÿche 2022 In North America
NextSound Reinforcement Or Reproduction? It’s All About The IntentNext
Install Top Stories
Explore All Install 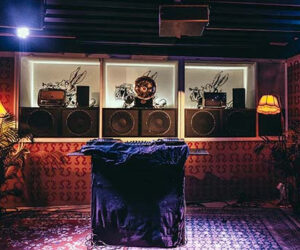 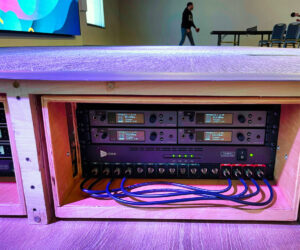 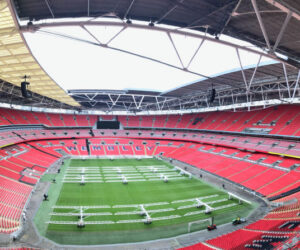 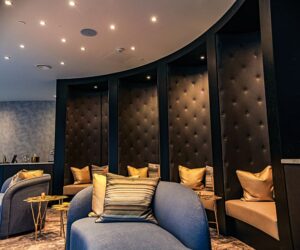 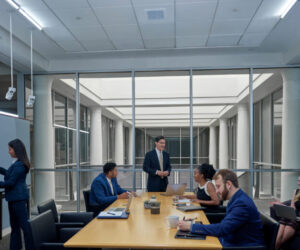 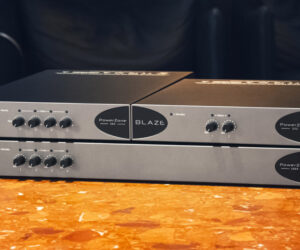 Three models for install applications utilize the company's proprietary Powershare technology and are able to support both Lo-Z (4/8-ohm) or Hi-Z (70/100-volt) loads on ...read more →