When it comes down to it, we don’t always get enough time to do everything we want, but here's an approach to getting as much done as possible. (An audio version of this article is available for download.)

In my previous article (here), I shared my experiences on my first tour as a systems engineer, and this time, I’m going to discuss my approach to tuning a system.

I learned that it’s essential to start with a clear goal in mind. In this case, my goal was to leave every show and system I work on better than I found it. This is highlighted more so in situations where I don’t control the system’s design or deployment. In these scenarios from the previous tour, I was lucky enough to have a Meyer Sound Galaxy 816AES processor and four iSEMcon EMX-7150 measurement microphones to work with, in addition to the local system’s front-end processing (if there was any).

Before diving into gear or starting to take measurements, I first take a walk when I arrive at the venue in the morning. On this walk, I effectively tune the system in my head. It’s similar to how athletes visualize their start before they run or a dive before it’s executed. I mentally make a map of all the system elements in the room, visualize mic placement, and go through what I expect out of a functioning system.

Next, I talk with the house audio engineer to see what we have to work with that day. I generally ask the engineer to point out all the loudspeaker locations, as it never hurts to double-check that I didn’t miss anything. I also ask about whatever the local front-end DSP is (again, if there is any) and learn how the system is driven.

This is especially important when an engineer is using time-based effects. When effects such as delay are summed together (for example, frontfills) are driven with left and right summed, a portion of our audience will, unfortunately, be listening to a comb filter, so I do everything I can to avoid that.

For “PA of the day” scenarios, I follow what I consider to be the “trust but verify” method. After talking to the house audio, I take measurements after looking at the system’s current tuning and verify that everything is routed and working correctly by playing pink noise through each box.

When playing pink noise through each box, I listen to make sure it sounds like I expect. If I play pink noise and miss a lot of low or high energy in a box, it indicates that there may be a broken loudspeaker. Even if I don’t have the time or the tools to fix it at that moment, it will inform how I expect my data to look. If there isn’t any energy above 1k coming out of a box, I can’t reasonably expect that to show up in my measurement.

How the system is driven will inform my microphone placement and how I drive the system. If given the option, I always drive left, right, sub, and fill to have a higher level of granular control and to allow myself to do more of the system processing in our galaxy. This also tends to save time. However, this isn’t always an option, so I take what I can get.

For example, it’s a system in a club with mains consisting of five boxes a side, it’s usually driven a few different ways. If, let’s say, it’s a d&b rig and Array Processing optimization software is enabled, I know I can get a box per output level of control if I disable it and choose my zones based on what makes sense in the venue.

However, suppose the system is driven as having two zones of two boxes and a single box on another amp. In that case, I choose the mic positions to be A, B, and C, where each of the two box zones are measured on axis to the center of each zone, and the single box is measured on axis of itself (in my experience it’s usually the last box in the array, and closest to the stage). On the other hand, if the five-box hang consists of one three-box zone and one two-box zone, I select two mic positions (once again, A and B, where A is the top of the array and B is the bottom) to measure on axis of each zone.

After placing the mics, I measure each zone on axis to understand what the array is doing, and then EQ each zone as close to the mix engineer’s target curve as possible. This makes the whole main hang as uniform as possible. Once each zone is measured and EQ’d tonally, I treat the zones as one system element.

Next, I measure on axis of the mains at the same depth as front of house to get an idea of what the FOH engineer will be hearing. I take this measurement and use any additional processing in the Galaxy processor on the Left and Right outputs to align the system as closely with the mix engineer’s target curve as possible. It’s important to note that I try to avoid measuring for tonality in the aisles, always choosing mic positions representative of the places where listeners will be seated.

From there, I bring on the subwoofers – ensuring the level is appropriate and applying any needed EQ. I turn on the mains and the subs together to get a picture of the whole tonality of the system. I then time the subs using the advanced delay finder in Rational Acoustics Smaart.

With the mains and subs aligned, I measure the front fills on axis of a box, set their level, EQ for tonality, and time align them along the area of most interaction with the mains to create a smooth seam where the two elements have overlapping coverage.

After reviewing this, I give all my data a once-over to ensure I haven’t missed any system elements (underbalcony delays, infills, or outfills). If I’m satisfied with my work. I take a walk with the FOH engineer, listen, and make any changes if needed.

When it comes down to it, we don’t always get enough time to do everything we want. I follow this process as quickly and efficiently as possible. I know that even if I run out of time, I’ve done as much as possible to cover most of the listening area. (This is why I always start with the system elements that cover the largest amount of people first.)

Unfortunately, some days we play festivals, and I don’t get to hear the PA before the show starts. At that point, I walk during the show and do the best I can by ear. We played one show on this last tour where we were on site the morning of, but none of the gear was there, so I used my phone to play the tuning track through the PA, and we walked and did some shading by ear. At the end of the day, we all play the hand we’re dealt. 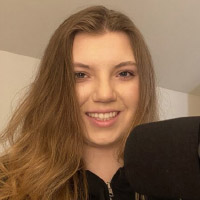 Sam Boone is a freelance touring systems engineer based in Pennsylvania. She is also a co-host of the Signal to Noise Podcast and an avid coffee drinker.
All Posts
PrevPreviousRoad Test: Sennheiser XS Wireless IEM System
NextHats Off: Managing Workloads On Corporate EventsNext
Study Hall Top Stories
Explore All Study Hall