With six campuses spread throughout the greater Pensacola area, Florida Panhandle-based Liberty Church is known for hosting services that are both contemporary and uplifting.

In keeping with the contemporary theme, the non-denominational church’s 200-seat Gulf Breeze campus recently became its first location to integrate a KLANG:fabrik 3D IEM mixing system, which has not only made the monitor mixing at this house of worship more streamlined, but also helped make the singing and musicianship even better. 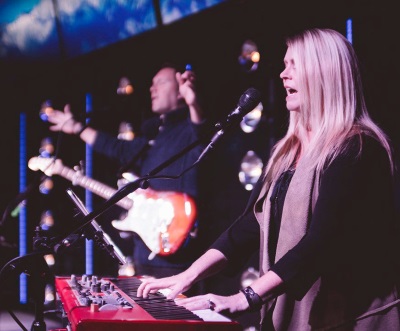 “The vocalists love the way it helps them fit into the overall picture on stage, and we love it because of the level of control we can have over the monitor mixes,” says Kelly Ward, who is the audio and media director at Liberty Church’s Gulf Breeze campus as well as the commissioning specialist at All Pro Integrated Systems, the Pensacola-based AVL systems integrator that sold and installed the KLANG:fabrik unit there.

Ward, who works with Gulf Breeze worship leader Jamie Anderson, says he can manage the system from a laptop at the back of the church, where the KLANG:fabrik unit is connected to an Allen & Heath GLD-80 console and connects to the 36×10-foot stage via Dante over a Cat-6 cable.

Anderson, who also plays guitar and sings, adjusts the mixes through it from the stage using the KLANG:app from an Apple iPad as he, the guitarist, bassist, keyboard player and vocalists listen through their discrete KLANG output mixes, allowing for a completely “silent stage” for monitors (including DI connections for the instruments into the PA system).

“We’ve found that managing the monitor mixes this way works best for us, because we can respond to the vocalists’ balance requests quickly and precisely through the apps, and let them concentrate on the music during rehearsals and during services,” Ward explains. “The overall outcome is excellent, because the singers and band members have exactly the mixes they need to hear while they can concentrate on the performance instead of the technology, and the control of the sound on the stage is complete, which makes for a better experience overall during services.”

Ward adds that KLANG’s technical and user support, when needed, has been flawless. That’s led to him now recommending the KLANG:fabrik 3D IEM mixing system to other All Pro Integrated Systems house-of-worship AV clients when it would be a good fit, which is often, he says. “The KLANG has been a game changer for us at the church,” he says, “and we’d like others to enjoy the same benefits.”

Read More
Compare & Contrast: Differences In the Approaches To Live And Studio Engineering 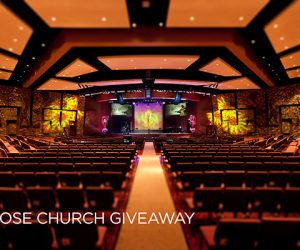