DBS Audio Systems equips 2,585-seat flagship facility of the Center for the Performing Arts with LYON and LEOPARD line array, and 1100-LFC subwoofers.

Penn State University notched up the technical capabilities for its performing arts programs with the recent installation of a new sound reinforcement system with Meyer Sound‘s LEO Family in Eisenhower Auditorium, the flagship facility of the Center for the Performing Arts on the main campus in State College, Pennsylvania. At a school renowned for its Nittany Lions athletic teams, the new system is appropriately anchored by 24 LYON line array loudspeakers.

”It’s really a game changer with this system hanging in here,” remarks Tom Hesketh, the venue’s events manager and de facto technical director. ”Now we can offer touring acts a better system and at a lower expense when you factor in labor costs on rental rigs. For example, I just had an e-mail conversation with the front of house engineer for Gordon Lightfoot. When I told him what we had, his reply was, ‘Oh yeah.”’

Rental systems were a constant necessity as the former house system, a decades-old ”Voice of the Theatre” cluster, was rejected by touring riders and was barely adequate for many university events. Hesketh had been pushing for an upgrade for years, and finally a breakthrough came when Dave Brotman of Coatesville, Pennsylvania-based DBS Audio Systems brought in a LEO Family system for an annual university event attended by top administrators, finance personnel and faculty leaders of the College of Arts and Architecture. Following the formal event, a demo session featuring both live and recorded music proved convincing across the board. 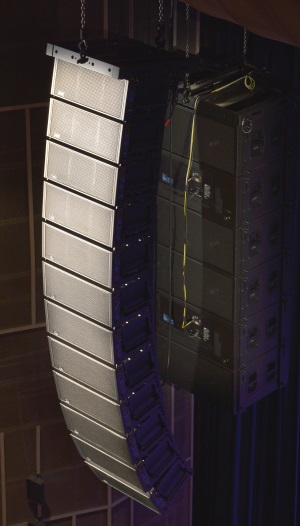 ”The system exceeded all our expectations,” continues Hesketh. ”To me, one of the more gratifying outcomes is that we’ve had three touring Broadway shows since we’ve put the system in and the A-1’s basically said, ‘Can I use this? If yes, I want to leave my rig on the truck.”’

The system made its concert debut with the big-band jazz of The Birdland All-Stars. (”A good one to break it in,” says Hesketh. ”Their engineer was top flight, and it sounded amazing.”) Broadway’s Jersey Boys and Dirty Dancing also benefited from the upgrade, as did numerous university events, including a moving Martin Luther King, Jr. memorial celebration featuring multiple choral ensembles.

”I was up in the balcony and the effect was so emotional I had tears in my eyes,” Hesketh recalls.

Dean of the College of Arts and Architecture Dr. Barbara Korner, who worked with senior administrators to facilitate the upgrade, considers it a significant enhancement to the cultural life of the university and community. ”We are now able to host shows and events that we couldn’t before,” she observes. ”People notice the difference immediately, as the new system allows our audiences to experience music and theatrical events at a higher level. It’s a joy to sit in the audience and hear comments about how much clearer the sound is.”

From his standpoint, Hesketh maintains that Dave Brotman of DBS Audio Systems deserves recognition for his initiative and follow-through support. ”He stuck his neck out for us. Nothing was ever guaranteed, but Dave knew I had a vision and he wanted his company to be a part of it. And I can’t rave enough about their customer support. It’s been very gratifying.”

Katie Rountree, facility coordinator for the College of Arts and Architecture, also expressed her appreciation. ”I was impressed by the way DBS got the work done in the time frame promised, in a professional manner, and they went over and above by providing the temporary electrical service.”

”It was a fitting anniversary celebration for our company since DBS turned 25 last year,” notes Brotman. ”It was a pleasure to work with Barbara, Katie, Tom and the entire staff at the Center for the Performing Arts. We’ve been thrilled by the response from the university since the system was commissioned.”

Eisenhower Auditorium seats 2,585 and features the largest permanent stage between Pittsburgh and Philadelphia. Opened in 1974 and named in honor of former university president Milton Eisenhower (brother of the U.S. President), the venue hosts about 200 events annually. In addition to staging a wide variety of student and community events, Eisenhower Auditorium hosts conferences, graduations and concerts by renowned classical, jazz, pop, rock and blues artists. 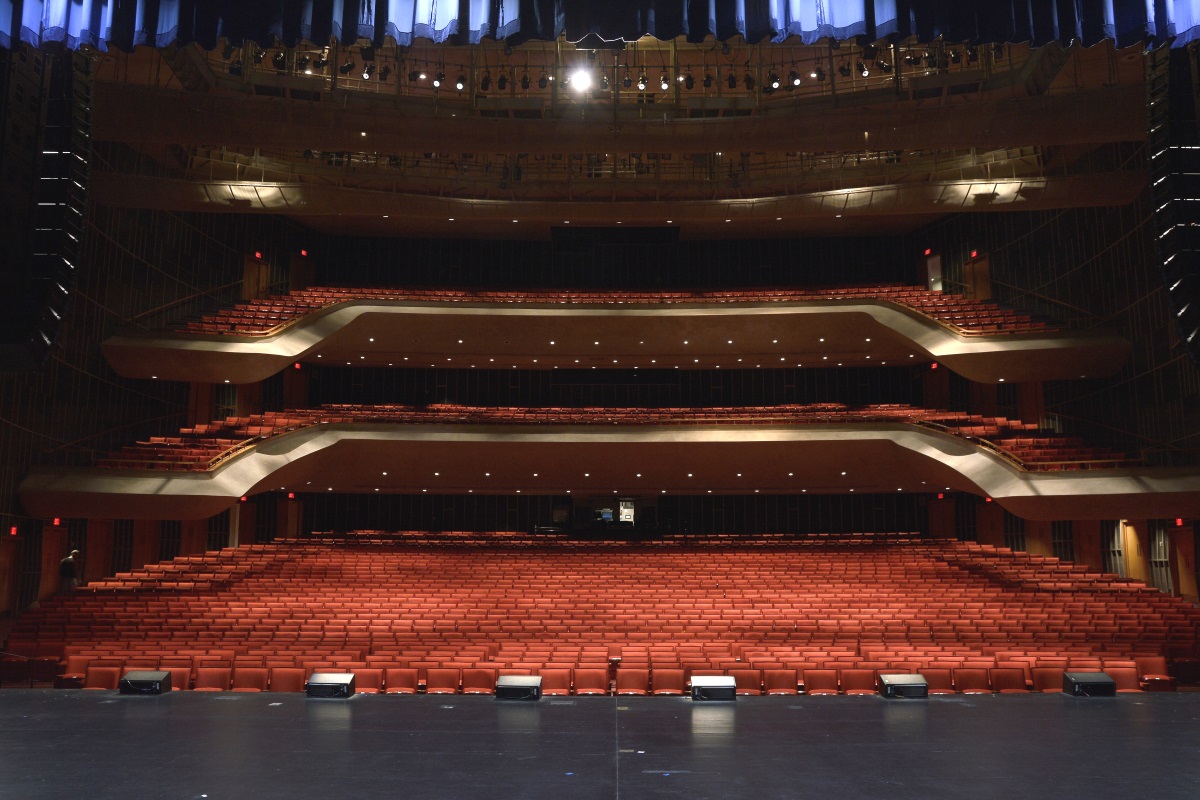