A little over a decade old, The Pell City Center for Education and the Performing Arts (CEPA) in Pell City, Alabama (CEPA) features a 400-seat theater used daily by the adjacent Pell City High School, the nearby middle school, several other Pell City-area schools, and numerous community groups.

It hosts musicals, dramas, school band performances, concerts, and lectures, but until recently, its sound reinforcement system fell far short of complete coverage, leaving some one hundred seats in nothing but the diffuse sound field. Local AV integration and live sound production company Lost in Sound designed and installed a Danley Sound Labs-based system that now covers all of the seats with intelligible sound.

“Given all of the other constraints and challenges around the time of the auditorium’s completion, the sound reinforcement system didn’t get the attention it deserved,” explains Andrew Henderson, production manager and AVL integrator at Lost in Sound. “They had a couple of speakers hanging off the catwalk that largely missed the front center section of seating. Truth be told, it was a tricky situation to find the best place for complete coverage, and we ran through a lot of possible iterations for repurposing what they already had. But in the end, there was consensus that an entirely new system would be best.” 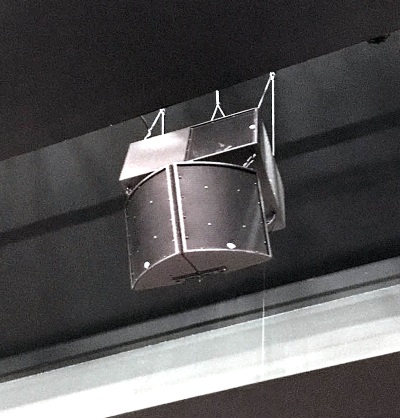 He continues, “We’ve been using a pair of Danley SM80s with a Danley TH118 subwoofer, all powered by a Danley DNA 20k4 Pro amplifier/processor in our live production rig, and we’ve been impressed by its impact and fidelity. CEPA’s budget wouldn’t meet the price point for a stereo system, but it so happened that a tight-packed pair of Danley SM80s would cover the seating area beautifully within budget.”

The two tight-packed Danley SM80s hang below the Danley TH118 subwoofer, and together the three boxes fill the seating area with clear, musical, articulate sound with plenty of low-end. A four-channel Danley DNA 10k4 Pro amplifier powers the system, with two of the 2500W channels bridged for the subwoofer. The DNA 10k4 Pro also handles all of the loudspeaker and subwoofer DSP conditioning, including the conversion of the mixed stereo signal to mono (“CEPA runs a volunteer-heavy staff and we didn’t want to run the risk of someone misunderstanding the use of a mono bus,” Henderson explains). In addition, Lost in Sound installed a new Allen & Heath GLD digital mixer and sixteen Shure QLXD headworn and handheld wireless systems.

“For concerts, they planned to use mostly wired mic packages, and we set up a stage box to accommodate that,” Henderson says. “For musicals and dramatic performances, they wanted to use the wireless systems, but they also wanted an option that wouldn’t require gearing everyone up. We positioned eight Shure MX202 hanging microphones above the stage and at the lip of the stage, both for rehearsals and for actual performances. We positioned them carefully, rolled off the bass a bit, and notched out the room nodes. The excellent pattern control of the Danley SM80s lets those stage mics come through loud and clear without any threat of feedback.” 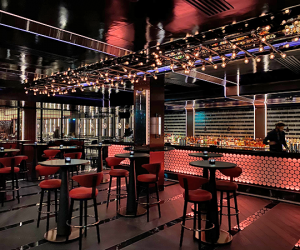