Would it be as I remembered it? Would anything have changed, for better or worse? Would it take me long to get back up to full speed, or would the mental cogs have rusted? (An audio version of this article is also available for download.)

Three days ago I arrived home from my first tour since before the pandemic. I’ve done bits and pieces – one-off shows and promo – since July of last year, but this was my first time actually back on the road. Would it be as I remembered it? Would anything have changed, for better or worse? Would it take me long to get back up to full speed, or would the mental cogs have rusted?

Neuroscience tells us that it takes just nine weeks of disuse for neural pathways to begin to atrophy, similar to how a disused pathway in a forest will be reclaimed by the surrounding vegetation, making it harder to journey through. Considering that our virus-imposed absence was much longer than nine weeks, I was interested to see how I coped, particularly because the tour I was returning to would be the most complex and demanding show I’ve ever mixed. I still had my old console session file from last time around, but would my ability to respond quickly and efficiently to the multiple simultaneous demands upon me be up to the job?

This was my main concern as I felt the excitement of those pre-production emails starting to flow. I decided to give myself the best possible chance of success by allowing a generous amount of prep time with the equipment – twice as much as usual, even if that meant doing a couple of days unpaid – and listening to the show content even more repetitively than I normally would in the six weeks prior to rehearsals. (As a general rule, if I’m not thoroughly fed up with the tunes by the time I begin, I don’t consider I’ve done my homework properly! Thankfully my relationship with the music invariably takes on a new complexion once I hear it being played live.)

I was glad that I’d allowed that extra time, because I needed it – I definitely didn’t feel that my old processes were firing on all cylinders at first. I used that breathing space to have mental rehearsals of different imaginary scenarios – “The lead guitarist wants a different reverb on the acoustic in that song, what do you do?” and “The second keyboardist is playing patches of different levels in the same song that can’t be changed in MainStage, how do you get around it?” and so on.

That, along with the usual thorough labeling and line-checking, all helped me to feel somewhat competent by the time I had musicians in front of me. I was also delighted to discover, on loading my file onto the console for the first time, that “2018 me” had left extensive show notes in the snapshots, in the form of a letter. I was grateful to my former self for that, and it’s a practice I’ll adopt for all future session files!

This kind of enhanced prep may prove to be important in the return to touring. Many productions have been forced to work with reduced budgets, and that can mean shorter rehearsal periods which require us to hit the ground running.

It’s not ideal – when many of us feel a little anxious about getting back to the pressures of touring life, the very last thing we need is less time – but budgets and schedules are set long before the production manager gets hold of the show, and so we all have to pull together as band and crew and do what we can to alleviate potential stressors (such as feeling rushed). It’s also part of a wider conversation that I believe is necessary with managers, agents and promoters, who may not fully realise the implications of some decisions around budget-related scheduling to the people who deliver the show.

A real delight for me was the joy of being amongst my tribe again. One of the strengths of roadie friendships is the ability to pick right back up where we left off, even after long absences from each others’ company, and this new era certainly offers that. The easy camaraderie and reconnection with old pals is a special thing indeed – and even with new faces there’s no need to explain your weird way of life – you both just “get it.”

There seemed to be an extra nuance of increased kindness to relationships – the crass humor and friendly leg-pulling was the same as ever, but to me it felt as though there was a tacit understanding of what we’d all been through underlying that: a shared empathy. That may just be my experience, and I was lucky to be with a particularly fantastic sound crew and a great crew generally, but I like the idea that we could be returning to tour life with an added sprinkling of kindness.

The things I’ve always loved about touring were still there – the creativity; the teamwork that means we can build major events in such a short space of time; the massive privilege of having someone take care of catering and cleaning. Most of all though, it all felt so normal; so familiar. Like I was finally back in my own life.

Days off took on a new feeling – some of my colleagues reported not knowing what to do with themselves at first, but then relished the luxury of privacy and time alone in a hotel room. A little space and solitude is necessary to stay sane on tour, particularly for more introverted characters when you’re sharing a full bus with 15 other folks!

But for some parents of young kids, or indeed anyone who lives with other people, it was the first time we’d been by ourselves in a couple of years. Like all things, it’s so easy to take for granted when it’s part of your normal work schedule. Personally, I found that I really needed that time to recharge my batteries – with an ambitious show and a busy schedule, it was a steep re-learning curve to manage the demands on my mental energy. I feel like I’m back at the top of my game and fully “match-fit” now; I’m also ready for a little rest before my next one begins in a few weeks.

The return to touring has both re-affirmed my love for it and made me realize how much pressure is involved in what we do. It’s a challenging way of life, and I hope that, as an industry, we remember all the things we said we’d do better when we got back to work, and not simply slip back into old ways out of habit.

I hope we keep up the conversations we were having, in forums around the world, about how we can take care of everyone involved and make touring a more sustainable way of life for us all. I hope we maintain the empathy and support that we offered each other in the darkest of times, when the lights went out and our world went quiet.

I hope we never forget how much we took for granted before the world stopped, and what we learned. And I hope we find a renewed sense of appreciation for how very lucky we are, to do what we do, now that we’re on the road again.

Becky Pell is a monitor engineer with more than 20 years of experience in live sound. She toured as a monitor and RF tech with Black Crowes, Travis and Kylie Minogue before moving behind the desk to mix monitors for artists such as Aha, Muse, Westlife, Anastacia and Take That. Read more from Becky at SoundGirls.org.
All Posts
PrevPreviousPliant Technologies Brings High Density Mode To ISE 2022
NextRenkus-Heinz Debuts PCX Series Column Loudspeakers At ISE 2022Next
Study Hall Top Stories
Explore All Study Hall 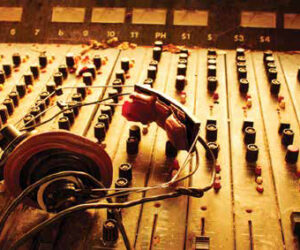 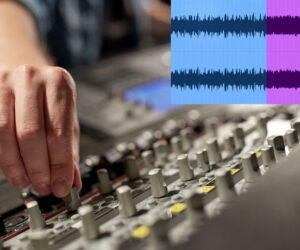 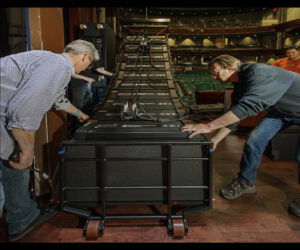