Not So Fast… Mixing And Routing Advantages In The Analog Realm

Digital may now dominate the industry, but analog still has its place in many events for many reasons...

For years, many have reported the death of analog equipment, especially large-frame consoles, but the truth is that they still see widespread use in shows and events of every type and size.

Sure, sometimes they’re still in place because a venue or sound company has yet to switch to digital, but that doesn’t explain why we see them out on large tours with national acts that have access to anything they want.

The simple answer is simple: analog consoles still have a place in the modern world of sound reinforcement. For long-time veterans like me, they’re comfortable and familiar. And many still prefer the sound of analog.

Particularly for larger shows and tours, the size and weight of large-frame analog desks isn’t a particularly big issue. There’s usually enough room in the trailer for the board (and associated outboard racks) along with plenty of stagehands to move and lift the gear. While front of house real estate has been trimmed in general, there’s usually still enough space to park the console and extra racks.

For many production providers, keeping an older analog console or two around makes sense because they’ve likely been long paid for, so there’s still an attractive return on investment. This goes for the outboard gear as well.

Before moving along, however, don’t get me wrong: I see the many advantages afforded by the digital platform, and in fact, it dominates my company’s console/mixer inventory. What follows here are simply observations and experiences with both sides of the equation.

The main reason that engineers keep using analog is the sound and familiarity. Some also don’t like the layers and menus presented with digital.

Recently at an outdoor show I was mixing on a medium-sized digital model and had a very hard time keeping track of the layers, mutes and select buttons on the console in the sunlight. A sun shield can help in these situations, of course, but even under a tent neither me nor my crew could see important status information for channels or what layer the console was on.

During a sound check for a band, I ended up running a high-pass filter on the kick drum channel when I thought I was applying it on hi-hat. I noticed it when the drummer hit the kick, and corrected it quickly, but if something like that happened during the performance it could easily ruin a portion of the song.

Analog presents each channel knob and their settings clearly and at a glance, so there’s less chance of confusion. There’s also a dedicated knob for every function on every channel. So if I grab a filter on the hi-hat channel, it won’t inadvertently affect the kick drum.

We all still grab a wrong knob occasionally, but the chances are reduced when we see real, actual knobs that can’t be washed out by the sun. 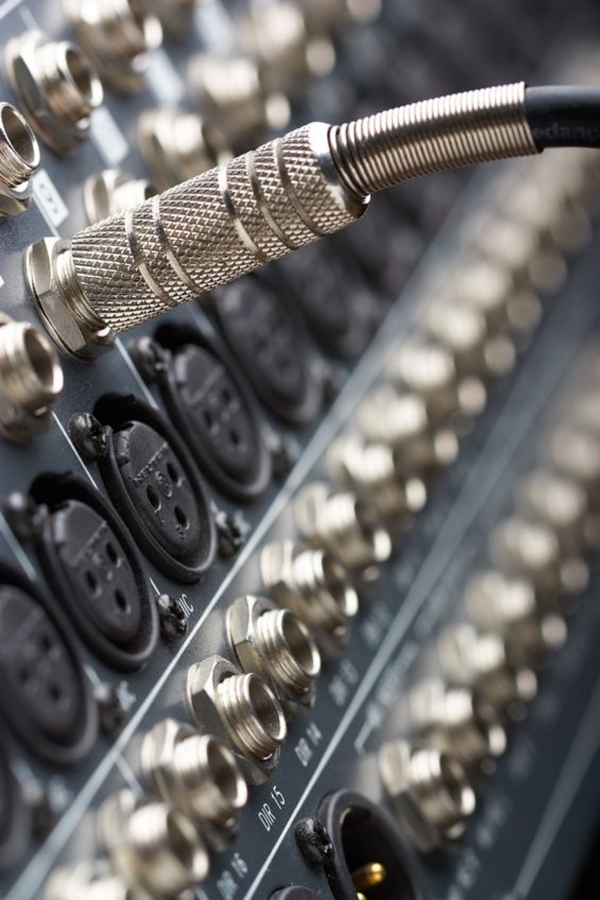 In addition, all routing on an analog console has dedicated outputs. It’s simple to patch in a mono feed, insert something into a channel or subgroup and connect a cable just by reading the label next to the output or input connector on the back of the console. There’s no need to patch outputs, and you won’t run out of outputs on the console’s surface (as I did on a large corporate show a few months ago).

The digital desk on hand provided 20-plus bus sends but only had a limited number of outputs on the rear of the console. With no stage box handy to configure extra outputs, I used up every output on the board for the PA, delays stacks, front fills, backstage monitors, board safety recording, and sends to video world. A “Y” cable had to be deployed to “steal” a send to split it off to the program feed for the intercom so the spotlight operators who were up in a room behind glass could hear the show.

Craig has worked in a wide range of roles in professional audio for more than 30 years in a dynamic career that encompasses touring, theater, live televised broadcast events and even concerts at the White House. Currently he owns and operates Tech Works, a regional production company that focuses on corporate events based in Reno.
All Posts
PrevPreviousAudio Factory Chooses Bose Professional ShowMatch
NextIn The Studio: Three Steps To Adding A SubwooferNext
Study Hall Top Stories
Explore All Study Hall