Each June the city of Omaha is invaded by roughly 300,000 college baseball fans over the two weeks when the city hosts the NCAA’s college baseball championship tournament. Just outside the stadium is the Omaha Baseball Village, located at the parking lot of The Old Mattress Factory Bar & Grill, a local-favorite sports bar. With family-friendly activities by day and DJ-driven parties by night, “The Matt” is the go-to place for hanging out near the stadium.

Event producer Pinnacle Productions (Sioux Falls, SD) decided the time had come for a better sound system, so Pinnacle founder Chris Hintz brought in NLFX Professional of Bemidji, MN to complement their lighting, video and staging. NLFX Pro president Ben Stowe chose Electro-Voice X-Line Advance line arrays for the job. “They needed full-volume coverage for DJ parties that draw 8000 on a good night,” he says. “We knew the EV X2 system would be perfect for that.” 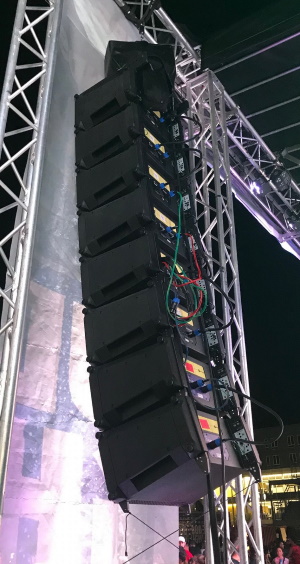 The system created smooth, even coverage across The Matt, while its networking ability allowed Stowe to customize the volume levels. “We wanted full volume the first 100 feet or so, then there’s a giant beer tent and all the food vendors,” he explains. “So I engineered a 10 dB drop out there so that the vendors could work effectively. For the people up front, there was still plenty of volume. In fact, I had 20 dB of headroom to spare, so everyone was happy.”

To ensure sufficient volume on stage, NLFX Pro installed an Electro-Voice ETX-35P three-way loudspeaker coupled with an ETX-18P subwoofer at both ends of the booth on stage. “Lots of DJs like it extremely loud, so we made sure they had what they wanted,” says Stowe. Performers included national artists like DJ Skribble, Kryoman, James Kennedy, and DJ Spryte, along with top local talent like DJ JAB.

Entertainment producer and talent booker Leah Johnson reports that that the X-Line Advance system was a clear upgrade. “The EV system was an incredible step up for us, and Ben from NLFX Pro was fantastic to work with,” she says. “It really improved the entire experience for concert-goers at The Matt. We were very impressed.” 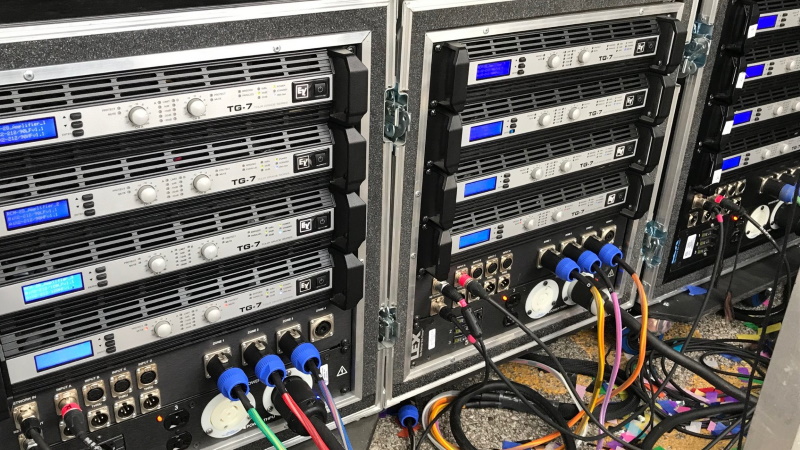 The X2 system handled 13 nights of Omaha weather, from blazing sun to torrential rains. “The stage was covered, but the main arrays were exposed,” Stowe notes. “Those boxes got plenty wet, but we never had a failure. When we get home, we’ll take them apart and drain them, and they’ll be as good as new. That’s why I love using the X2 outdoors: It delivers the reliability and control we need with the sound the customer wants.”

All Posts
PrevPreviousThe Working Your Way Up Podcast: Freelance Audio Engineer Nicholas Radina
NextWorking At Success: Why Do Some – But Not Others – Rise Above In The Studio?Next
Top Stories
Explore All Install