The Theatre Royal is the oldest working wooden theatre in the southern hemisphere and dates from 1878 when Nelson had a population of 6,000 people. In 2005 the theatre was closed for major refurbishment and was reopened with two gala concerts this year, featuring 26 different acts on each night.

“I was nervous about using a new digital desk on such a major event with so little lead time but as it transpired, the concert would have been impossible without it,” he explains. “As we worked through rehearsals, we saved each performance as a scene, and ordered the scenes into a show when the running order was established on the day of the concert.”

Whilst there were a number of straight playback performances, there were also several groups using radio mics (one with 20), four-piece bands, duos, choirs, and soloists with piano accompaniment. The show required a total of 25 radio mics so Bickerton decided to run a monitor position using a MacBook Pro, manned by fellow engineer Brendyn Montgomery.

“As I was mixing the show, Brendyn would bring radio mics online and check them, as well as mix onstage levels. It was really spooky to see the side-fill fader move up and down all on its own but I knew it wasn’t the resident ghost from row ‘R’!”

“The fact that we successfully delivered two complex performances under difficult circumstances within a week of receiving iLive, is a testament to how easy it is to use. The key words that spring to mind are ‘intuitive’ and ‘excellence’,” concludes Bickerton.

“The desk was very intuitive to use and I felt very confident about tweaking parameters on the fly but most importantly, the desk sounded excellent. The fact we could operate monitor feeds and line checks from a MacBook was a savior, and of course being able to save different performances as scenes made the concert flow smoothly.” 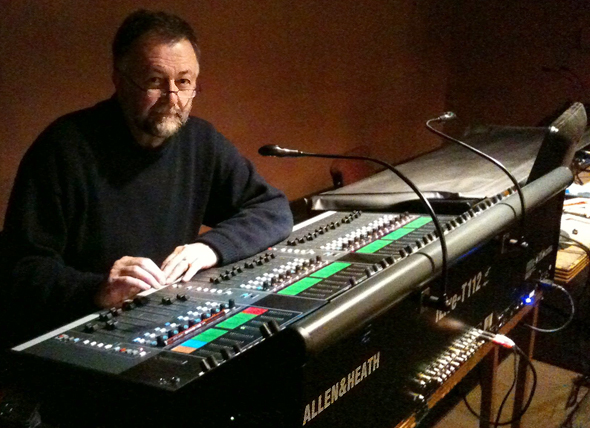