Pastor Murphy Hunt of Morning Star Missionary Baptist Church dreamed of building a new space for his congregation, actively planning and encouraging the saving he knew would be necessary to make it happen. When he passed away after 28 years of service, his congregation – led by their new pastor, Theron Jackson – saw to it that his vision became a reality.

After building a new 1,250-seat church right across the street from their original place of worship, church stakeholders sought the help of Tim Hill, owner of Sound Hill Technologies, to design a sound system that would support their full gospel choir, along with the many bands and speakers that are featured during their services. They chose FBT for the entire system. 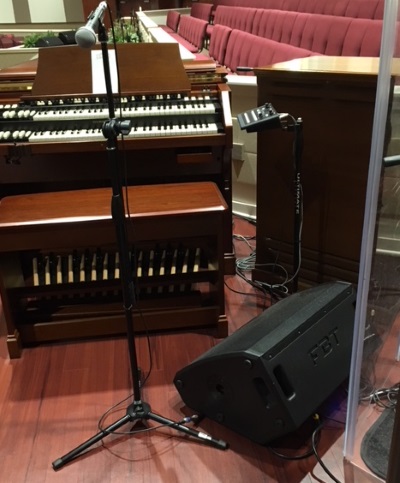 “I’ve been doing sound for Morning Star for about 15 years now, but I’ve been going to the church all of my life, and this project was Pastor Hunt’s legacy,” says Michael Davis, AV and sound specialist for the church. “I didn’t want an average sound. I wanted a full, enriched, powerful sound without having to max the system out. Tim suggested FBT and, after doing a little research, I was impressed by the fact that they handcraft everything and use B&C drivers – which is where the market really is going. When I heard them, what impressed me was that the sound is so clear, rich and full, even at a low volume. They’re not like other speakers. They have theater quality.”

Hill and his team installed three powered line arrays on the left, center and right side of the pulpit, each consisting of one Muse 118FSA sub and 5 Muse 210LAV cells. He also used three Subline 218SAs, four Ventis 115As, and four Ventis 115MAs throughout the rest of the church to complete the system. Davis says he’s thrilled with the end result.

“The relationship between an AV/sound specialist and a designer/installer is important,” says Davis, “because you have to take a step back and trust that they’re pointing you in the right direction. Tim is a passionate and funny guy – and really easy to work with – but he also really knows his business. He goes above and beyond when it comes to every aspect of research and installation, and then keeps that attention going by providing ongoing training after the installation is done. The church has been open for about three months now. We’ve come full circle, and the sound is incredible. It’s tremendously clean, it has the thump I wanted, and now we have a system that captures that feeling you get when emotion is filling the room and the spirit is moving through the sanctuary. Everything I wanted out of a sound system – FBT is giving it to us.”