An informed passion for design and innovation

Brock Adamson first got into audio as a teenager while living near Toronto, but entirely by coincidence. “When I was about 16,” he explains, “I was exposed to some fairly high-powered amplifiers and loudspeakers – a stereo system for the family home that had a lot of horsepower that came without any enclosures for the woofers. I don’t know why, but I went after it and built the boxes.”

In fact, his success in the audio industry, examined as the company bearing his name, Adamson Systems Engineering, marks its 30th year, is very much a result of his habit of single-mindedly going after things – a habit that informed the early work he did after leaving Ontario and heading west in the late 1960s. “I ran into a bunch of musicians in Edmonton and it was all downhill from there,” he says dryly.

While there, he connected with people working in every facet of the music and audio industries, from engineers and instrument makers to innovators experimenting with early portable recording rigs.

“Many of them were eccentric to say the least, but they did fantastic work and I learned a tremendous amount,” he notes. “That was when my understanding of electronics began to develop,” adding that his skills as an engineer and designer were enhanced by the influence of a number of mentors who helped him develop a deeper understanding of the relationship between the loudspeaker and the human ear, and by experimenting with Brüel & Kjaer’s reflection-free measurement system.

Branching Out
Residing in Vancouver by 1978, he got involved with Rocky Mountain Sound and began working closely with Jeff Berryman, a computer scientist and loudspeaker designer employed by a competitor. 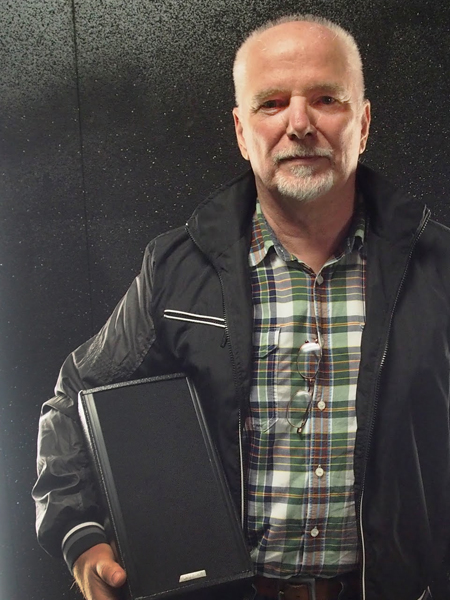 “Jeff’s a great mathematician,” Adamson observes. “We were both working on some very interesting stuff at the time meeting often, and I started developing high-power prototypes and building things for the company.” Although he became a partner in Rocky Mountain Sound, his passion for design and innovation eventually led him to branch out to form Adamson Systems Engineering in 1983.

His reputation in the local industry grew, ultimately landing him a gig as an event site audio consultant for the 1986 Vancouver Expo “Transportation and Communication: World in Motion – World in Touch” exhibit. While it represented the recognition of his capabilities as a sound designer and raised his profile in the audio industry, it was also a trial by fire. The initial systems installed at 11 of the venues were far less than ideal for the performance applications they were intended for.

“I went at it hammer and tong and re-did them all. I had to ‘MacGyver’ it in about 10 days,” he explains. “Up to then, I’d been involved in one-offs in performance venues and recording studios. This was my first taste of commercial applications. I put in 200 hours over a week and a half, but I learned a lot and it all came off very well, except for Margaret Thatcher’s opening address, as she was notoriously microphone shy.” 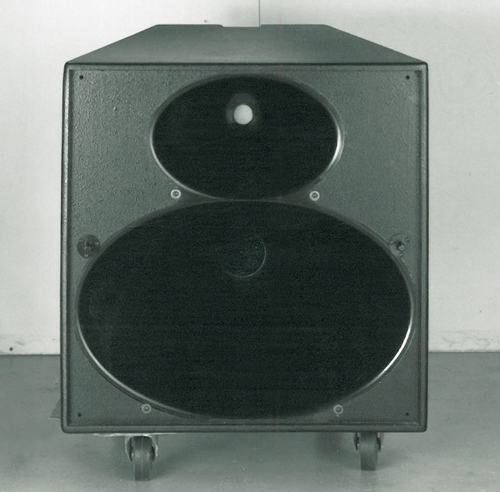 The MH225 that paired a Kevlar M160 compression driver with an acoustic waveguide.


Meanwhile, he’d also been prototyping diaphragms and drivers, as well as building loudspeakers, but found the region difficult in terms of gaining access to the necessary tools and materials.

“I was frustrated with the situation in Vancouver because I’d been developing Kevlar speaker cones and it seemed like everything I wanted – machinery and technology – was available in the Great Lakes Basin. So I shipped everything across Canada and put it into a warehouse in Pickering (Ontario).”

His decision to relocate was also influenced by the fact that much of his immediate family was based in Ontario, including his brother-in-law, then a distributor for Crown who’d acquired one of the first Crown analyzers, the TEF 10. “That was a hell of a powerful piece of equipment then – clunky by today’s standards, but it worked well.”