Behind the scenes on the design for Les Mise·rables at Queen's Theatre...

Les Mise·rables is now officially London’s longest running West End show. It celebrates its 30th anniversary next year, and is without doubt one of the most meticulously run, well oiled theatrical ships in the business.

The audio system at Shaftesbury Avenue’s Queen’s Theatre (Les Mis’ home for the last decade) was the work of renowned sound designer, mick potter, and the kit was deployed by leading rental house, autograph, so it’s hardly surprising that the sound in the auditorium is just as impressive as the show’s 40-strong cast. We go behind the scenes to find out more…

Although many of you will have undoubtedly seen this magnificent production, here’s a quick summary of the plot: Set in early 19th Century France, Les Mise·rables is the story of a French peasant, Jean Valjean, and his quest for redemption, after serving 19 years in jail for stealing a loaf of bread for his sister’s starving child.

After breaking parole and starting over, thanks to an inspired act of mercy from a particularly understanding Bishop, Valjean is then hunted down by the ultimate bad cop, Javert. The story jumps through a revolutionary period in France, where a group of young idealists decide to make their last stand at a street barricade, and there’s even a love triangle intwined in there to boot. 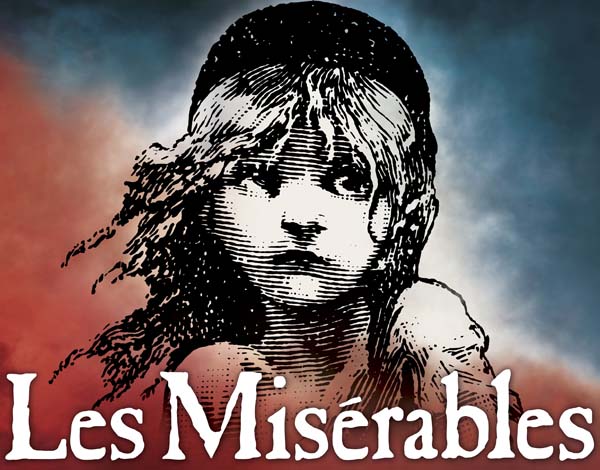 It was Cameron Mackintosh, in cahoots with the Royal Shakespeare Company (RSC) that first brought Les Mis to the UK. After listening to [Les Mis songwriters] Boublil and Schö ̈ nberg’s concept album in 1982, he drew inspiration to bring [Les Mis writer] Victor Hugo’s story to the stage; and on October 8th 1985, it debuted at London’s Barbican Theatre.

Despite some initial bad press, ticket sales immediately soared, and it’s now arguably the most loved musical of all time. After the West End, similar heights of success were achieved on Broadway, and Les Mis has now been seen by more than 70 million people in 42 countries, and in 22 languages around the globe.

It’s still breaking box-office records everywhere, 29 years on. And if you need more convincing, just look at the phenomenon that was Tom Hooper’s 2012 movie adaptation: it won three Academy Awards (was nominated for eight), and grossed close to half a billion U.S. dollars worldwide. Enough said.

Keep Calm & Get Dynamic
Sitting down to watch Les Mis in a quirky old auditorium like the Queen’s Theatre is a fantastic experience; it has that effortless ‘olde world’ vibe, and although acoustically it’s pretty unforgiving, Adrian Cobey does a tremendous job at mixing the sound, especially considering the amount that’s going on at any one time… So what’s his secret?

“Staying calm, and riding the faders… All the time!” Cobey smiles, giving a demonstration on his DiGiCo SD7T at the back of the theatre. I notice not even half the stage is visible from FOH, and ask him how much of an issue that is during the show. “Not much really, as the line arrays and the subs are all buried within the panels, so I get the bottom five boxes or so, plus the delays; some subs are buried in the ceiling here, too, which gives a great image in the room.

“Also, the surround plays a big part. It’s never a point of source; the big moments just happen around you, which is great, as you can just drop them away at any time. A show like this, where there are so many intimate moments, but also a lot of big battles, means the dynamics are enormous.”

Despite the console’s fantastic bells and whistles, as Cobey puts it, he works with the SD7T in a surprisingly manual fashion. Most of his previous experience in mixing theatre has been with analog, and he says it’s virtually the same in terms of operation working with the DiGiCo.