The demo, which launched seven years ago at the same facility in Dallas, delivers unique side-by-side listening opportunities to evaluate top line array and loudspeaker systems in a round-robin format. This year’s event kicked off with a highly attended evening session focusing first on portable systems followed by the compact systems.

Thirteen premium manufacturers were on hand in Dallas, with the two types of sessions presenting 26 total systems. Participating manufacturers included:

“This time out established yet another record attendance figure for the demo, including numerous return visitors who came to hear several sessions as well as to check out individual demonstrations,” states Kevin McPherson, executive publisher of Live Sound International. “As usual, all of the manufacturers did a fantastic job in presenting their systems, and we can’t express how grateful we are for their continuing commitment to presenting a program that delivers a truly unique experience.” 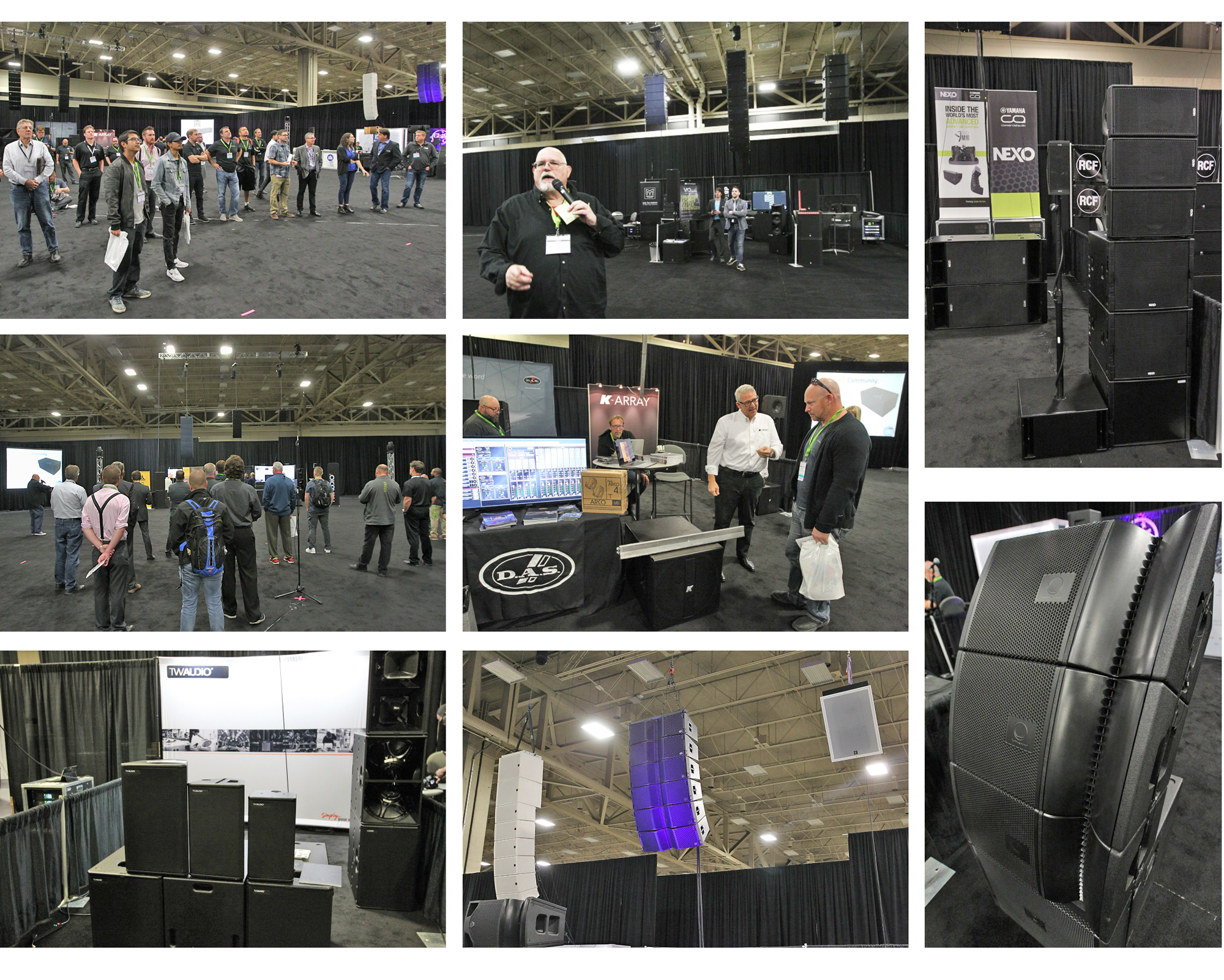 At the front of house position in Hall C, mix/control engineer Nicholas Radina utilized a Yamaha QL5 digital console to manage and deliver audio to each system. The QL5 was joined by Rio stage boxes for routing individual feeds to the systems, which received a choice of analog or Dante audio signal. Link USA provided cabling and interconnect components, while demo host/emcee Craig Leerman was outfitted with a Lectrosonics Digital Hybrid Wireless system.

Prior to each session, all systems were fed pink noise, with the designated sound pressure level set and confirmed. This process, managed by Will Sargent of Rational Acoustics and Leerman, was based on portable metering incorporating an iSEMic 725TR base kit-2 analyzer from iSEMCon.

In addition, Sargent deployed the 10EaZy measurement platform, receiving input from a centrally located measurement mic and supplying constant SPL readings to attendees via a large video monitor during all full demo sessions.

Elation supplied a professional lighting package for spotlighting each individual system as it was played, while two large-format video screens in opposite corners provided attendees with key information on systems. 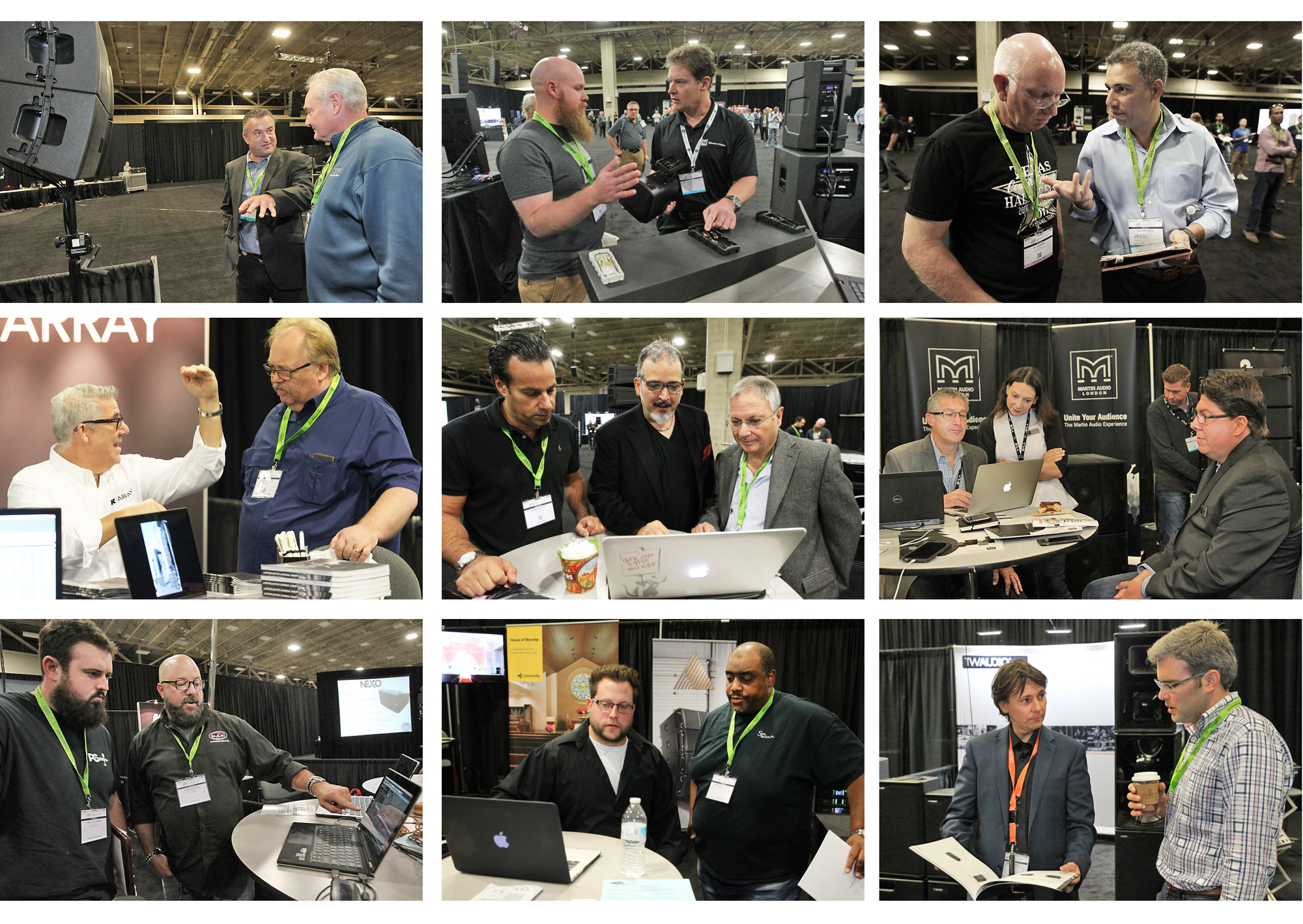 Following standard practice established at the initial demo, systems are fed identical music tracks during each compact and portable session. Listeners can evaluate what they hear and also observe each system’s scale, components and other important details, in addition to getting further technical details and pricing information from qualified representatives of each company.

The participating manufacturers both nominated and selected (via an online voting system) the music tracks that were played. The playlist offered a diverse selection of styles, with each session featuring tracks spotlighting female and males vocals, as well as dynamic large-ensemble selections. Many of these tracks are utilized by manufacturers in their own system demonstrations in the field.

The next LSI Loudspeaker Demo is slated for the United States Institute for Theatre Technology (USITT) Expo in Ft. Lauderdale on March 14-16, 2018, following up a highly successful run with USITT earlier this year at the organization’s expo in St. Louis. Following that, the demo will be held in conjunction with next year’s WFX show in Orlando.

Plans are already underway for both events, so keep an eye on ProSoundWeb for further updates in the near future.