The final hurdle to overcome directly affects the audio quality. In most situations, each amp has its own negative feedback path that effectively forces the output to be a larger, distortion-free version of its input.

When combing two or more channels in parallel, the question of which feedback loop controls the output must be answered. Due to component tolerance issues, a situation can arise where multiple feedback loops “fight” each other, resulting in, at best, poor audio quality and current sharing, and at worst, outright instability and failure.

Once again we turned to the power module. Since each module is effectively identical to its neighbor modules, it can be assumed that error sources in each will be common. Because of this commonality, the corrective action that any particular feedback loop would make due to power stage errors would be the same.

Taking advantage of this arrangement, we use one global feedback network to control all channels that are placed in parallel mode.

Tale Of The Data
While making custom integrated circuits is fun, real value needs to be provided, and in the case of PLD and CXD amplifiers, the value comes in the form of real, usable power.

As previously mentioned, all amps have voltage and current limits, and these limits describe how much power can be delivered to a given load. Figure 1 demonstrates how a “normal” amp behaves.

Figure 1: The current drive is the red line, the voltage is the blue. (click to enlarge)

Figure 1 also shows the limit of an amp’s current drive capability, along with the voltage drive. In this graph, the amp can only produce about 600 watts at 16 ohms because it’s limited by voltage.

Similarly, the amp can only do 600 watts at 2 ohms because of the current limitations. Essentially, the power delivery region is the region below the two curves.

If the available voltage is doubled by bridging two channels, the blue line moves up and to the right as shown in Figure 2.

This means more power is available at higher impedances, but there is no power increase in the lower impedance range. 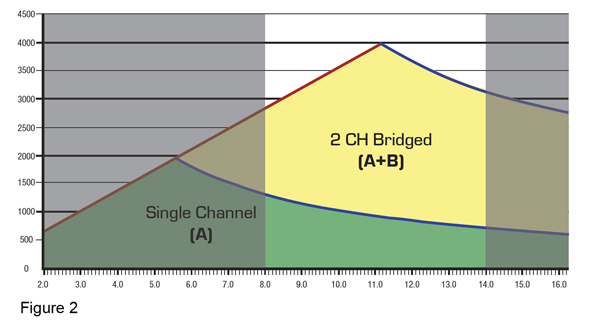 When two channels are put in parallel, it essentially doubles the current capability. This is illustrated by following the 100 volts rms (blue) curve.

In this case, the red current line moves up and is steeper, offering much more power at low impedances (Figure 3). 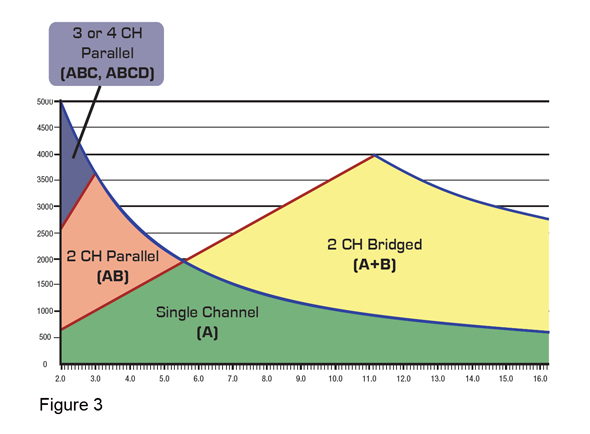 The available power went from 600 watts at 2 ohms to almost 2,500 watts. Moving to three and four channels in parallel offers similar benefits. In fact, when four channels are combined in parallel, the amplifier can theoretically and safely deliver the full power of the amp into 1-ohm loads.

Figure 4 represents what can happen if both the current and voltage is doubled and made available to the load by placing the amp into bridge parallel mode. 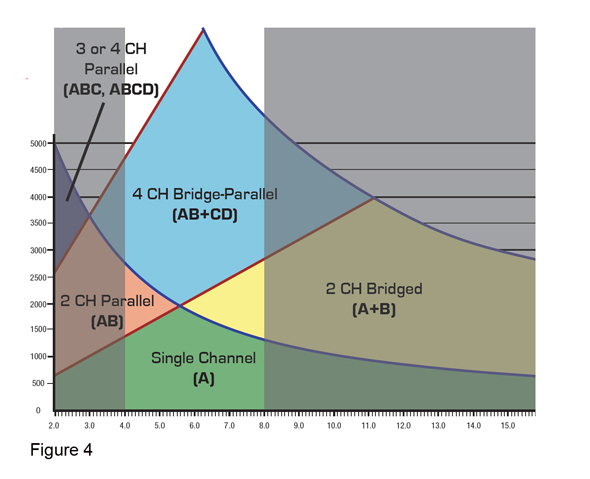 Figure 4: Both voltage and current in bridged parallel. (click to enlarge)

This mode opens up the full available power in the 4- to 8-ohm region, and it means that the amp can deliver the full power available from the supply to the load at 8, 4, and 2 ohms by simply configuring the output mode.

Finally, Figure 5 shows that the power supply of the PLD and CXD amplifiers is capable of delivering 5,000 watts of power. 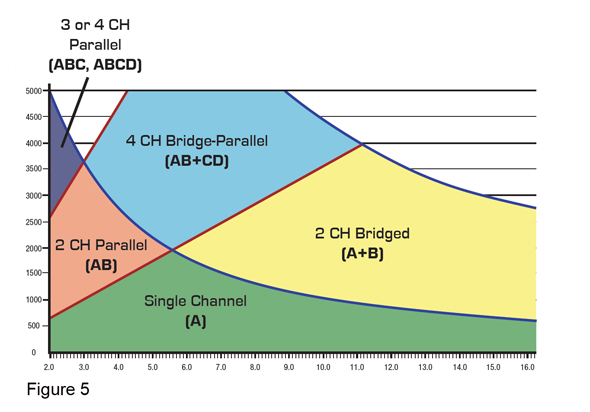 Figure 5: The result of the FAST design. (click to enlarge)

Working together, they allow a single amplifier to be combined in a variety of ways that allow the full output of the power supply to be delivered to 8, 4, 2, and even 1-ohm loads.

Matt Skogmo is director, research and development for power systems, and Dale Sandberg is senior product manager with QSC Audio.