At the recent InfoComm show in Orlando, we unveiled a fresh power amplification technology platform incorporated in two new multichannel amplifier families: the PLD Series for portable/live sound and the CXD Series for installed sound.

All models are available in a 2U rack-mount configuration with four channels, with independent DSP for every channel and a preset wizard that streamlines the setup process.

But most significant is patent-pending Flexible Amplifier Summing Technology (FAST), developed to significantly improve power allocation by actively distributing total amplifier power across one, two, three or all four outputs, enabling channels to be combined for maximum current or voltage output, with the largest models capable of up to 5,000 watts.

In order to fully explain FAST, an understanding of the limitations of amplifiers needs to be explored. Amps have blocks of circuitry that are used to provide voltage and current gain to an input signal.

The most notable difference in the two series are the I/O facilities. (click to enlarge)

Users select devices that balance the cost of the product with the amount of output power needed to drive a given load. But what are the design parameters that govern these choices?

Ohm’s & Joule’s Laws
The amount of power delivered to a load is governed by two laws – Ohm’s law and Joule’s law. Ohm’s law states that in order to drive a specific current through a specific resistance or load requires a specific voltage. Mathematically, the formula is stated as:

Joule’s law explains power and states that the amount of power delivered by an electrical circuit is equal to the product of the amount of voltage across the element multiplied by the amount of current through the element. Mathematically, this looks like: 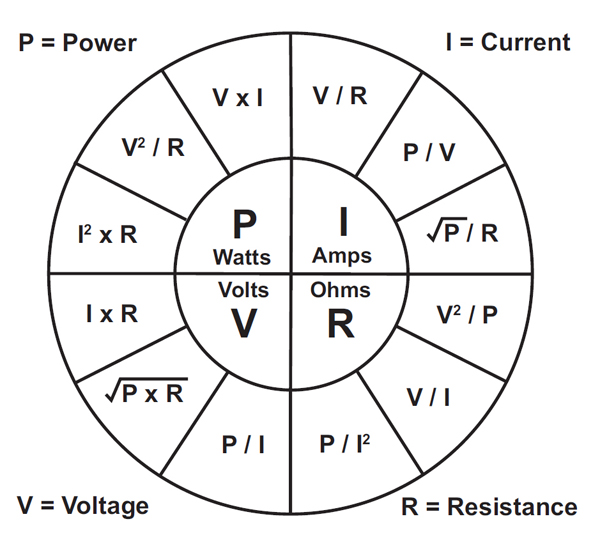 To determine how much current an amplifier is going to need to drive 100 watts at 8 ohms, simply substitute figures and calculate. For the equation P = I2 (I “squared”) x R, both P and R are known and a simple calculation indicates that the amount of current the amplifier will have to deliver is 3.53 amps. The voltage needed to produce 100 watts can also be calculated.

By reformulating the equations, power can also be stated as being equal to the square of the voltage divided by the resistance of the load or P = V2 / R. (P = V “squared” / R). A quick calculation shows that the 100-watt load will need at least 28.28 volts coming from the amp to make it work.

In addition, all high-quality amps have some form of protection built into them. Most frequently, this comes in the form of what is called current limiting. In the case of the 100-watt amplifier, a limiter could be placed on the amount of current coming out of the amp – similar to how a rev limiter on a car keeps the RPM in check.

With a limiter that only allows 3.53 amps out of the amplifier, connecting a 4-ohm load which will want to draw 7 amps is still limited to 3.53 amps. This means that the amplifier can now deliver 100 watts at 8 ohms and 50 watts at 4 ohms without failing.

Now, in most cases, the issue would be settled – but not in pro audio, where engineers and integrators continually look for ways to get more power out of their amps. Given the previously mentioned limitations with a single channel, nothing can be done. However, if two or more channels can be combined, it’s possible to work around some of these issues.