Live sound and mobile recording company tracks 60 channels of I/O to a USB flash drive as a multitrack WAV file during the recent concert recording.

Stephen Bingen has recorded every performance of the Sacramento Choral Society & Orchestra (SCSO) for nearly 15 years as the owner of Sacramento-based Living Sound, a live sound reinforcement and location recording company.

But near the end of last year, when it came time to record the holiday performance of the 150-voice SCSO for an upcoming CD release, Bingen and Living Sound’s head engineer John Bologni were looking to upgrade their audio interface and turned to the RME Fireface UFX+ for its added inputs and its improved Direct USB recorder.

“The feature that has been absolutely indispensable to me — previously with the UFX, and now with the UFX+ — is the direct recorder,” Bologni says. The Fireface UFX+ Direct USB Recording (DURec) lets users record up to 76 channels simultaneously, which allowed Bologni to record all 60 channels of I/O to a USB flash drive as a multitrack WAV file during the recent concert recording of the SCSO.

“The weakest link is our recording software,” he continues. “If our DAW freezes for any reason, or the computer freezes, or someone trips and knocks over the laptop, knowing the direct recorder is still going is a huge stress reliever.”

Bingen mentioned that direct recorder has saved them on more than one occasion.

“As soon as it was time to upgrade, I looked at every single interface out there, regardless of price point,” Bingen says. “As somebody who does live recordings, I’m not going to carry two laptops around to every gig — and even then you would still have a single point of failure. So, in addition to all the other features on the UFX+, the Direct USB recorder sealed the deal, hands down.”

Bologni and Bingen both cite the high-channel count as another major selling point for the UFX+ — which includes MADI optical I/O, in addition to ADAT, analog and AES — in part because it lets them connect more external preamps when recording live concerts. “There have been occasions where we’ve had ribbon mics going over a long cable run,” Bingen says, “The UFX+ gives us the flexibility to put an analog preamp closer to those ribbon mics and give the signal a boost in gain before it travels all that distance and picks up a bunch of noise, which is another plus.”

Bingen also points to the improved dynamic range of the converters and redesigned built-in preamps, which have helped them to get the levels right as quickly as possible before recording the previous SCSO performance. “A lot of times we’re sitting through a long dress rehearsal, and we are just trying to get good levels for the recording,” he said, “because, if one of our channels peaks in the middle of the concert, we can’t stop and ask them to start the take over. We have to get the first take right. The auto-gain feature on the built-in UFX+ preamps drops the gain down so that you have headroom, and it’s a really cool feature to use during a long dress rehearsal, without having to constantly adjust knobs.”

Used in tandem with the Fireface UFX+, RME’s TotalMix FX software gives Living Sound the ability to provide separate monitor mixes tapped straight from the recording in progress — not only for the performers, but to the head engineer, to the conductor and the lobby feed.

“RME’s TotalMix FX software is the best interface software I’ve ever used,” Bologni says. “The best thing about it is, when you’re sending a signal directly out to the monitors, it’s pretty much zero latency. So, the performers and the conductor don’t have any latency in their monitor mixes — which is monumental when you’re talking about someone with ears as good as Dr. Kendrick.”

Bingen also adds that having a second headphone jack that allows for a separate mix has also been a useful teaching tool for music students, who — like Bologni did when he was a music student at UC Davis — take an interest in the audio engineering side of recording.

“We get asked by a lot of kids who are aspiring recording engineers to come shadow us,” he says. “Being able to plug in a second set of headphones and having separate mixes — without having to carry around headphone splitter — has been really great in that situation.” 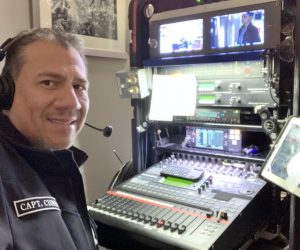 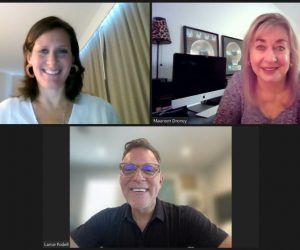