Once you've gotten down the basics of the signal flow, the next step is designing how your monitor system is setup. In this episode we run an in-depth overview for common setups for wedges, side fills, subs and in-ear-monitor setups.

Live Sound Bootcamp is intended to be a basic primer in live sound. It is expected that listeners have a base knowledge of audio or concert production, but from there, this series may provide some insight into how productions work. Each host brings an individual style, workflow, and experience to the podcast. Once you’ve gotten down the basics of the signal flow, the next step is designing how your monitor system is setup. In this episode we run an in-depth overview for common setups for wedges, side fills, subs and in-ear-monitor setups. 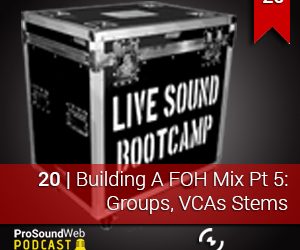 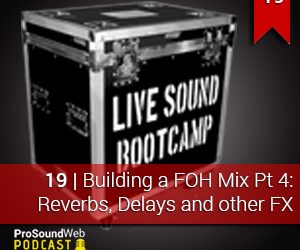 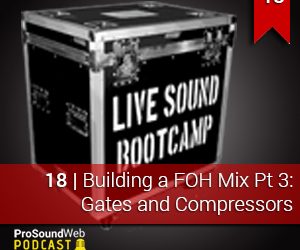 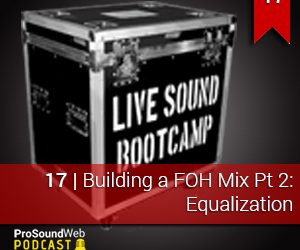 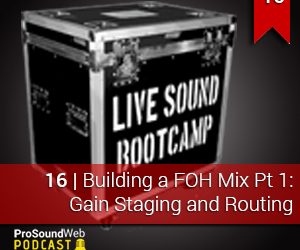 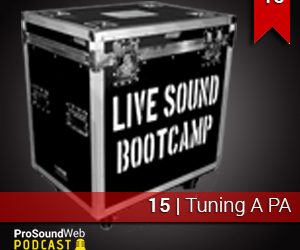 The hosts review the goals of a PA system, the difference in perspective for tuning for a system designer and a band engineer, as ...read more →