Little Mics Can Be Huge For Live

Design specifics and applications of headset, lavalier and miniature microphones...

It’s great to have microphones available that are small enough to hide on the bridge of a violin, on the bell of a sax, or near the mouth of a singer – and yet produce excellent sound quality with sufficient gain before feedback that they can be used for professional sound reinforcement.

Headset, lavalier, instrument and other miniature mics have become both smaller and better over the years, to the point where some sound engineers choose them over larger format models for certain applications.

Headsets and lavaliers are available in both omnidirectional and specific directional formats. Omnis are more forgiving in terms of placement and in how the user moves in relation to the mic, and they also exhibit reduced cable noise – but they’re typically more susceptible to feedback.

If the orientation of the source to the mic can be controlled, such as clipping a small mic onto an instrument and properly aiming it, a directional pattern can enhance isolation and increase gain.

Audio engineer Greg Cameron, who recently did the sound design for the Sierra Stages (Nevada City, CA) production of the musical “Company,” told me that he’s had some less-than-stellar experiences with cardioid-pattern headsets for theater. 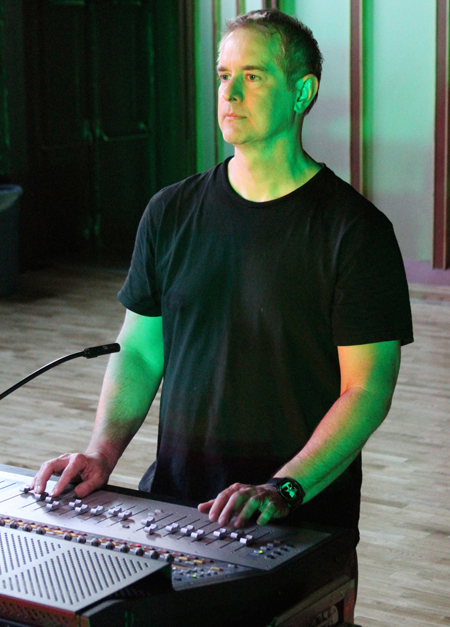 “They’ve been overly sensitive when actors turn their heads from one direction to another,” he notes. “Though they can offer better gain before feedback, they’re not much good if an audience can’t hear dialog consistently during head movement.”

To create consistent directionality in a miniature template, precise design and manufacturing techniques are required. For example, the DPA 4099 Series of instrument mics integrates acoustic interference tubes into the assembly, balancing the tube length and porting to allow directional sound into the mic without interference, and acoustically canceling off-axis pressure waves as they enter the tube.

Countryman uses a micro-drilling technique to create arrays of holes as part of the porting, and during the process tests each capsule for maximum null depth and consistent frequency response. 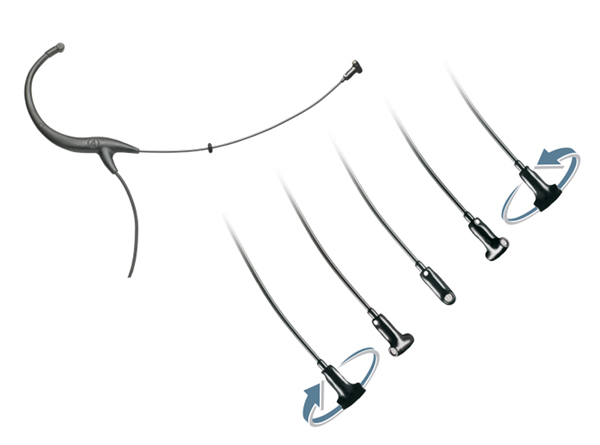 The Audio-Technica BP894 headset has a rotating housing on the boom so that the mic can be pointed with precision.

For further controlling directionality, the company offers two “caps” that can be placed on the directional model of the H6 headset – one for a cardioid and the other for a hypercardioid polar pattern. The help enhance the response of higher frequencies to make up for off-axis placement, both companies also provide caps that press onto their omni mic capsules, with DPA providing either a +3 dB “soft boost” or +10 dB “high boost.”

The Shure Beta 53 omni condenser headset also can be outfitted with caps for “mild” and “high” HF enhancement, while the miniature cardioid element of the Audio-Technica BP894 headset has a rotating housing at the end of the mic boom so that the coverage can be pointed precisely toward the corner of the vocalist’s mouth.