Logic Systems outfits 1,200-seat Lindenwood Theater at the J. Scheidegger Center for the Arts with Kara arrays and SB18 subs.

Named for local businessman and philanthropist Jerry Scheidegger, the J. Scheidegger Center for the Arts on the campus of St. Charles, Missouri’s Lindenwood University is a $32 million educational and performing arts complex. The 138,000-square-foot facility’s main theater, the 1,200-seat Lindenwood Theater, can be a challenging acoustical space, with its high interior and ceiling weight load restrictions. The school’s ambitious theatre program also adds its own specialized requirements.

According to Logic Systems president Chip Self, the Kara system was both the venue’s choice as well as his recommendation. “We have a longtime relationship with the school as their rental systems vendor, so we’ve been able to show them a number of different systems in the theater over the years,” he explains. “When they heard the Kara, they knew that was the one they wanted to go with.”

The new system consists of a LCR front array, with nine Kara enclosures topped by three SB18 subs for the left and right hangs, and six Kara topped by a pair of SB18 in the center, all powered by five LA8 amplified controllers.

The PA, which is designed to be a 5.1 system, also has two pairs of self-powered, coaxial 112P loudspeakers as left and right surrounds for the balcony and the main floor areas, while compact 5XT loudspeakers are used as front fills and are powered by an LA4 amplified controller.

Brian Bird, who is also the adjunct professor of Audio Technology and Sound Design for Lindenwood University’s theatre program, designed the J. Scheidegger Center’s new system and underscores that Kara addressed a number of highly specific needs. First and foremost, he says, the venue has to serve as both a teaching facility and as a roadhouse for touring artists. “I’ve toured with L-Acoustics in the past, so I knew we wanted that brand here, because it’s rider-ready for touring artists, and because it exposes the students to the kind of world-class, state-of-the-art sound system they’ll encounter when they graduate,” Bird explains.

In addition, the theatrical sound-design agenda at the school is ambitious, and encourages reconfiguration of the PA system. That, says Bird, can range from repositioning the front array of hangs to placing the subs on the floor. “I let the students design the rig as they see fit, and Kara is the most flexible system available for that,” he says. “Our scenic designer also loves that the system is so easily reconfigurable, because they are able to use set pieces that are very tall. In that way, the Kara system actually helps creatively, because it can adjust to their changing aesthetic needs.”

Finally, the J. Scheidegger Center has limited steel in its ceiling, restricting the weight that can be hung from it. “The Kara enclosures have enormous power for their size and weight, so we get all the power we need without overloading the infrastructure,” he notes.

Self adds that the Kara’s weight-to-output ratio also made installation and integration considerably easier. “Installation took all of one day for the entire system,” he recalls. “We were able to get the coverage the design required—which was between 80 and 90 degrees vertically between the main seating and the balcony—from the main hangs alone, without interfering with the degree of flexibility they wanted the system installation to have.”

But the Kara sound system also delivers the sonic quality the school demanded. “I used the Soundvision modeling software in the design of the system and it was incredibly accurate,” says Bird. “The rooms can be pretty lively, with wood walls that can create a lot of reflections,” he explains. “But the modeling was precise, putting the sound where we need it to go, and it sounds great. The administration is very happy with what we’ve done here with sound for the theater. L-Acoustics made that happen.” 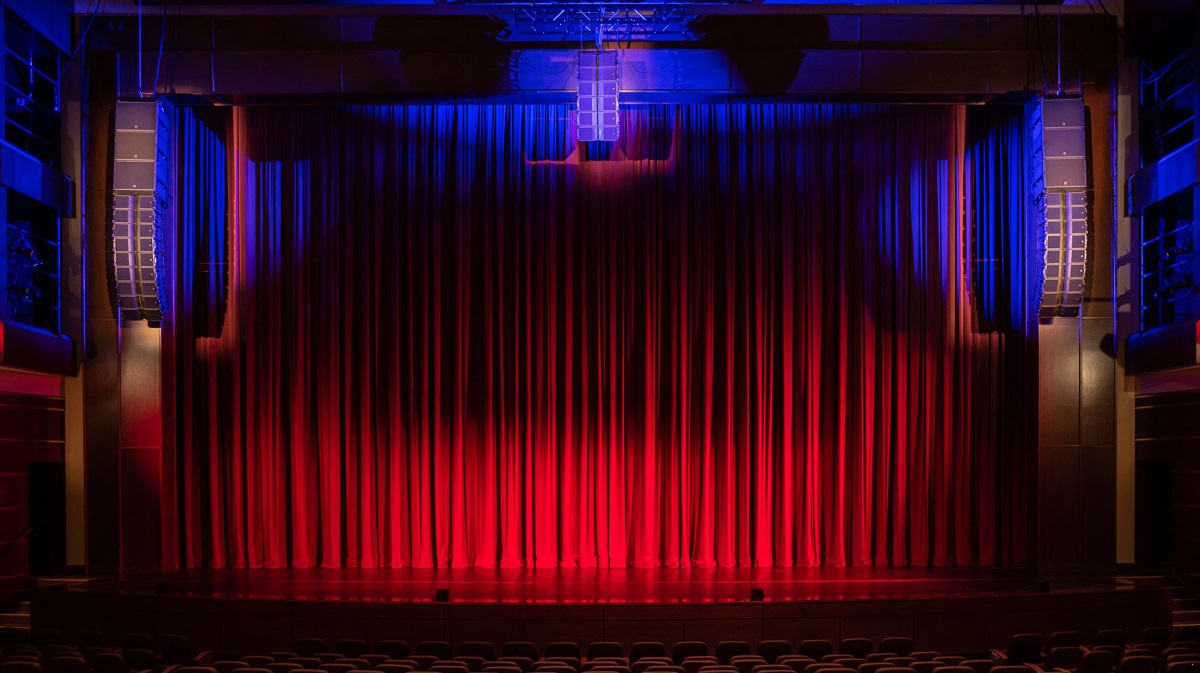