The delivery of 24 MLA Compact elements and 13 MLX subwoofers ended a journey that had begun many years earlier, when Martin Audio first revealed the MLA platform to audio professionals at Wembley Arena back in March 2012. Having been a Martin Audio house for 10 years, Limelight head of audio Dave Plant had reviewed all the premier brands before deciding that the time was right to invest in MLA Compact. 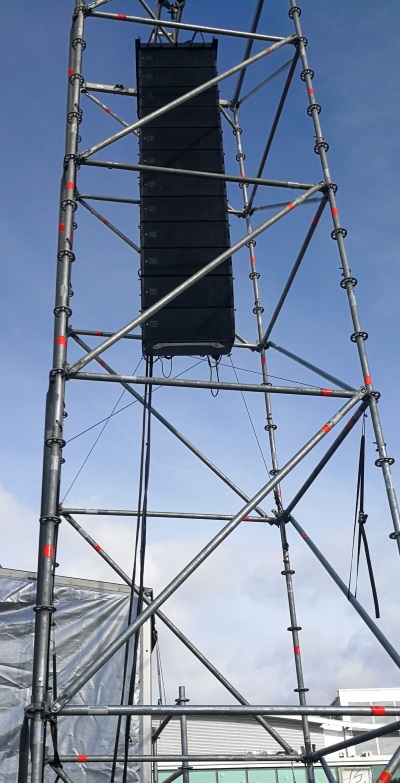 “We service an eclectic mix of events and we’ve been looking at MLA Compact ever since it came out with a view to replacing the LCs, but because of the varied nature of our work—providing coverage for 10,000 people at a festival one moment and then doing a corporate show for 500 the next—we thought long and hard. Setting up AB testing was difficult—but we knew the sound of MLA and the stats were impressive.

“Also, that original Wembley Arena presentation of the large system had answered all the questions about line array deployment, and the shortfalls—which made it very exciting. Finally, we knew that MLA was voiced similarly to the LC and we would be able to run it alongside, for outfill or nearfield duties.”

He says the only criteria was that the new system should achieve a 240 to 260 foot throw “and we immediately achieved that.”

In fact the system came of age when it went out on a three-day event at the 7,500 capacity Don Valley Bowl in Sheffield, promoted by evergreen local venue The Leadmill, with Hacienda Classical, George Ezra and Ocean Color Scene headlining the respective nights. 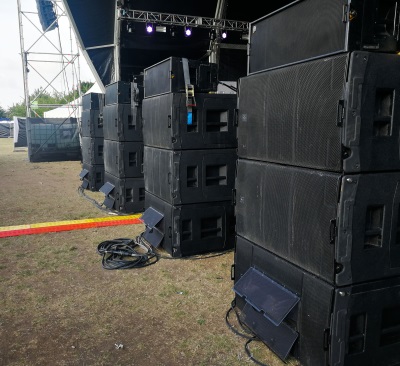 Limelight rigged the entire complement, with 12 MLA Compact flown each side and four stacks of three MLX along the front in broadside cardioid pattern, with a W8LC mounted on top of each stack for front-fill coverage. With bands like The Coral and The Bluetones also on the bill the event was an unqualified success.

The DISPLAY software was intuitive, continues Plant, who was also production manager, and system tech Will Dickinson had little difficulty in optimizing the sound. “We used the Hard Avoid setting and comfortably met Sheffield Council’s offsite sound limits, while maintaining around 100dB(A) in the Bowl at the mix position,” he confirms.

He said all visiting sound engineers, including Mike T. with George Ezra, expressed complete satisfaction. “Reports were that the system sounded stunning, and everyone was very happy,” he says.